The Pentagon has made more UFO revelations, but Canada's had a public UFO database for decades

We are doing our best to encourage alien tourists, especially now that our source of Americans has dried up.

A flying saucer has landed for good in the middle of a tiny Canadian town. 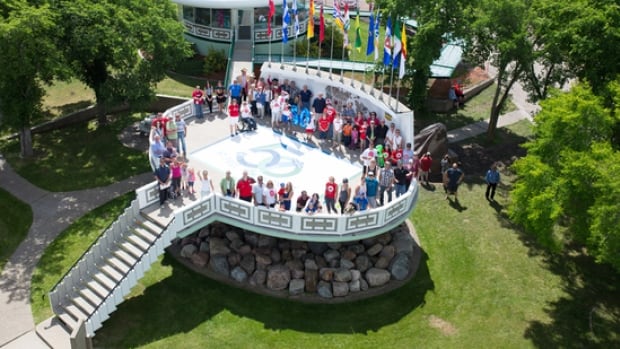 Some small towns find themselves in the middle of nowhere - or are situated off the main highways - and have a difficult time attracting tourists. That’s when they turn to marketing to create landmarks are often quirky, sometimes bizarre and... 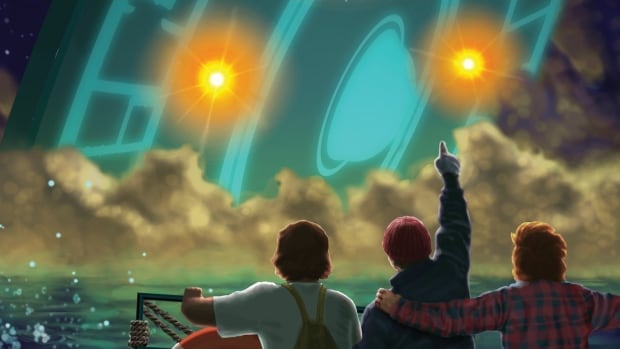 The Royal Canadian Mint has issued a glow-in-the-dark coin that captures the eerie scene more than 50 years ago when what has been officially documented as a UFO crashed into the waters off Shag Harbour in southwestern Nova Scotia.

Asked a family member who is a fighter pilot if he’s had any UFO experiences. His response, “I’ll tell you after I retire.” yikes

even though Geller himself admitted it was a trick

Got a link for this? I’d love to see what he actually said

My take on government UFO coverup theories has always been “if extraterrestrials were visiting our planet, the Federal Government never would have been in a position to cover up their presence in the first place.”

I swear I have a link somewhere of Geller admitting it himself. I’ll keep looking. In the meantime, here’s his agent saying it’s all just stage magic: https://books.google.com/books?id=ko7Yy08C1PUC&pg=PA11#v=onepage&q&f=false

In the November 2007 issue of the magazine Magische Welt/Magic World, Geller stated: “I’ll no longer say that I have supernatural powers. I am an entertainer. I want to do a good show. My entire character has changed.”

We don’t know about aliens, because of these guys…

“probably just an unmanned drone or a satellite”!?!?! You’re joking right?? Have you listened to any interviews with Cmdr. Fravor? You honestly think a man of his caliber and years of experience wouldn’t be able to differentiate between a drone ( the satellite reference is not worthy of a response, satellites orbit the planet, they don’t zip around in a zig zag pattern just above the surface of the ocean and shoot to 80,000 feet in seconds) and the “drone” also was actively jamming the radar and weapons systems of the planes!! Not to mention that the crews of the Nimitz had been seeing these objects for weeks in advance of the filmed sighting.

Bonnybridge is a place in Scotland with the record of most UFO sightings in the UK. By some freak co-incidence, it’s not far from a USAF base. (Well, not many places in the UK are…). When the USAF base closed down, the UFO sightings stopped. And a year or two after that, the USAF unveiled the stealth bomber they had been using for the past gawd-knows-how-long. You’ve seen the thing. It doesn’t look like any other kind of aircraft. It’s profile changes depending on which angle you see it, and if it’s turning, it looks like it’s turning inside out. Anyway, the Scottish conclusion is that what people were seeing was a stealth bomber, before they were made public. As for the alien abductions and the cow-tipping, you can draw your own conclusions about those.

The Canadian government, true to their Canadian character, is apparently less inclined to assume hostile intentions about, err, everything.

Maybe they just popped by for a double-double and some timbits, eh.

Not only this, but there are 195 countries in the World, 194 other governments and aliens would have a bigger probability of falling in Russia, China, India, Africa or Australia than Hollywood would like people to believe.

Good luck convincing so many politicians to keep something secret.

I usually phrase this as, “if the US’s leaders secretly know that aliens have been here, then why is NASA’s funding so spotty?”

It also surprises me how many people can still make a few bucks talking about UFO’s near Area 51, decades after it became public knowledge Groom Lake is where we tested experimental aircraft against the squadron of MiGs we stole out from under the Soviet’s noses. Well of course the US isn’t forthcoming about that!

I usually phrase this as, “if the US’s leaders secretly know that aliens have been here, then why is NASA’s funding so spotty?”

That’s easier for a conspiracy-minded person to rationalize:

Once you start from the premise that the government is able to keep its own secrets then you can invent any number of reasons why they do the things they do.

What gets harder to explain is “how does the government keep aliens secret when said aliens can go anywhere they want are not beholden to the authority of any terrestrial government?”

We are doing our best to encourage alien tourists, especially now that our source of Americans has dried up.

But everyone better respect ours…