Why is the government taking UFOs seriously now? Watch this PBS explainer video to find out

Originally published at: Why is the government taking UFOs seriously now? Watch this PBS explainer video to find out | Boing Boing

Maybe extraterrestrials have planned an intervention…

can you say “distraction”?
look over there! it’s a
fluffy dog
shiny object
extraterrestrial

Or just more decline in the critical thinking abilities of the electorate and elected.

I’m old enough to remember the UFO (and Bigfoot and Loch Ness Monster) craze in the 1970s. These things go in cycles. While I think it unlikely that the universe hasn’t created self-awareness elsewhere in all that vastness (both spacial and temporal), the likelihood that intelligent extraterrestrials have been or are visiting Earth is exceedingly unlikely. Either they’d be smart enough to completely hide from us, or they’d be easy to spot, or they’d just say, “Here we are. Give us your (world, water, bacon …).” Time may tell.

I mean… this all just strikes me as a kind of woo, one that the government is pandering to for reasons of distraction or whatever. 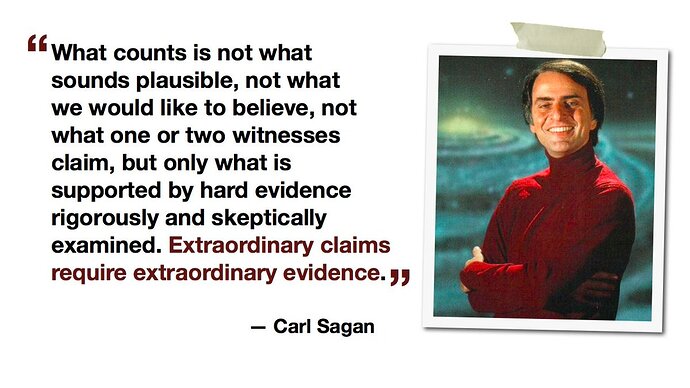 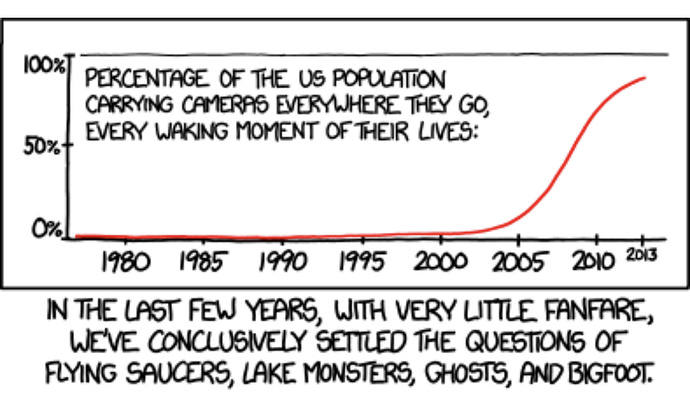 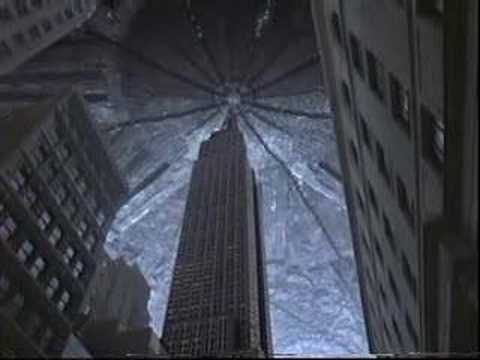 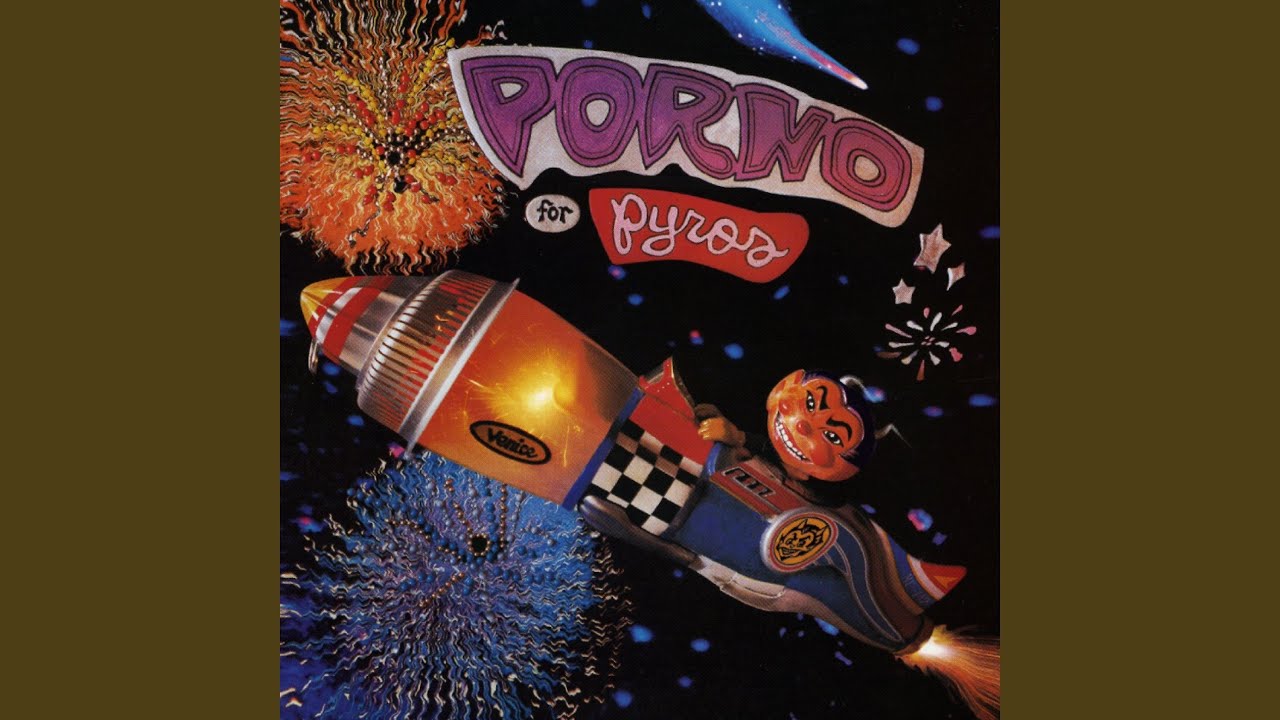 I mean, either way, I’m fine with it.

Alternatively, our entire human existence could be a distraction from the alien agenda 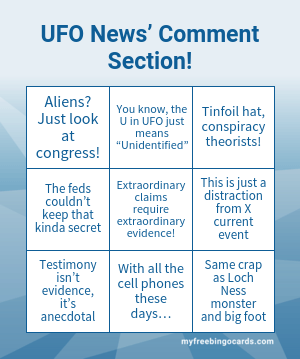 Because anything that promotes conspiracy theories and a general distrust of facts is good for those assholes.

but, but…I want to believe! s/

That could go either way…

Frankly, at this point nothing would surprise me; but I’d dearly hope that beings advanced enough to be capable of interstellar travel would be far more advanced and far less shitty than our own species often is.

All the ‘evil aliens’ bullshit we’ve ever seen in our fiction is just more psychological projection, just like all horror fiction is; the monsters are us, they have always been US.

I’m going with ‘cheap drones’ on this one.

Time was when potential adversaries buzzing you implied big airframes spending nontrivial amounts of time up in prime radar-detection territory; not little plastic toys hiding in the ground clutter that any random fishing boat, exchange student, or ‘diplomat’ can trivially launch of of a suitcase.

Were I responsible for air defense that particular development would definitely whet my interest in checking the ID of anything vaguely mysterious and not touching the ground.

the monsters are us, they have always been US

The Monsters Are Due on Maple Street was terrifyingly accurate, although of course as you note, that was never about alien beings, no matter what characters were on the screen.

One neighborhood at a time …

For lake monsters, ghosts, and Bigfeet? Sure.

For hyper-advanced alien civilizations that are all aware we’ve reached the well-established Ubiquitous Image Capture Technology phase of planetary development and just flip a different switch on the hyper-advanced dashboards of their hyper-advanced interstellar pickup trucks when they go human-tipping for kicks?