The Pillars of Creation, as seen by the new space telescope

Originally published at: The Pillars of Creation, as seen by the new space telescope | Boing Boing

Or almost twice the distance to our nearest star-neighbor.

My favourite bit is the magical space dog in a wizard hat. 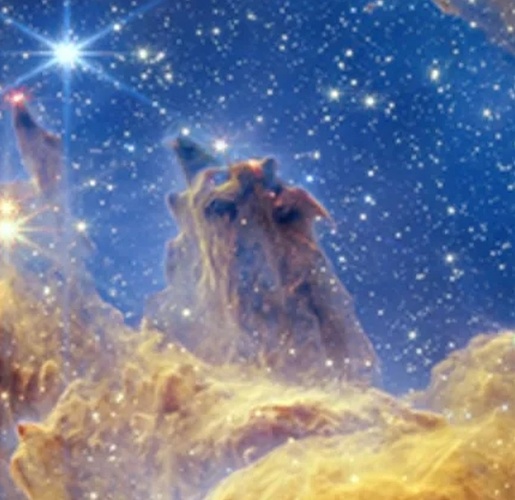 This is how I have always imagined Tannhäuser Gate

Or a small-headed bear reaching up a paw, facing right. (1st thing I saw)

Webb’s diffraction spikes feel so 70’s Sci Fi to me (in a good way). 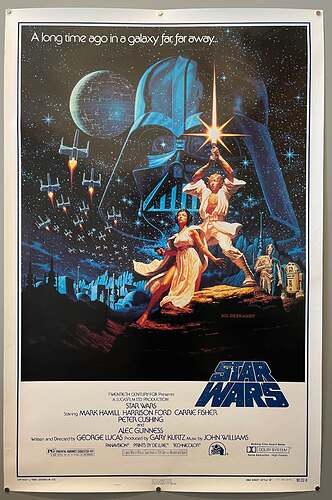 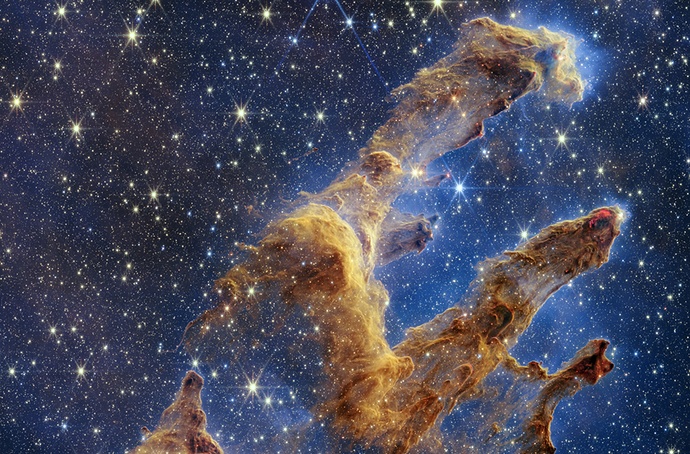 Beautiful! I can’t help but to anthropomorphise this image, to me it’s like some celestial hand reaching towards infinity.

Space fungus. In a good way. 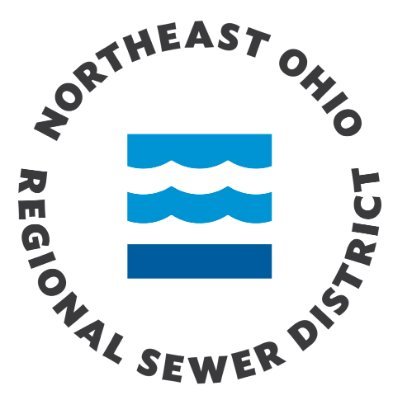 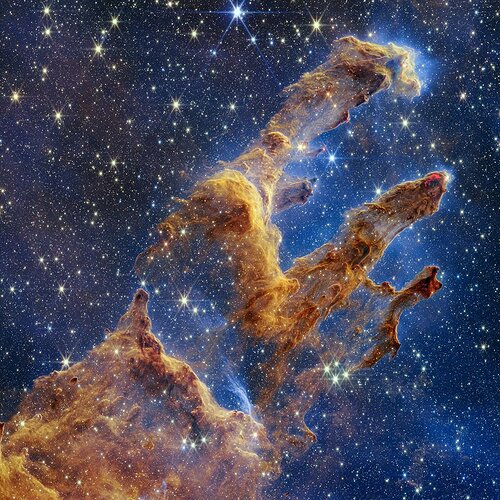 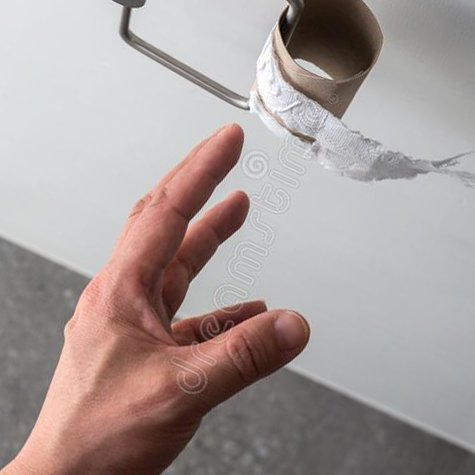 Cool. I keep seeing these nominally better pictures (“eye candy”) of celestial bodies and, being the a-hole that I am, keep asking, when will we see something new or of significant scientific importance that is described to us other than “higher resolution” or “more pretty”?
Edit: By no means am I against this kind of investment in science, just asking literally when will we expect some scientific insights.

The earliest Webb derived papers are starting to hit preprint already. They show some tantalizing hints that we may be wrong about the distribution of certain galaxy shapes in the early universe. To get to the big earth shattering mainstream headlines material we’re probably 3 or 4 years out. You need a while to collect the data, some time to process it, and then to write it up. We’re just hitting the pictures that will inspire the questions that data will be collected on.

3-4 years out. Thank you. That is exactly what I am looking to understand and I wish these articles would highlight that kind of roadmap. I think it would be much better for NASA to be able to articulate the timelines for benefits to the best of its abilities.

Where is your God now?!?

Anybody else spot Vader standing behind Luke? 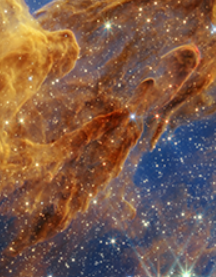 With all due respect, strong disagree here.

People (generally conservatives) have been demanding that basic science research justify itself with practical applications (or a timeline for same) since the beginning.

The whole point of basic science research is that we can’t know where and when it will lead. The iPhone (which nobody predicted the future existence of) is built on thousands of basic science discoveries made over the last 50 years. Nobody knew that’s where small discoveries in chemistry, quantum mechanics, radio astronomy and mathematics were leading, but here we are.

Energy would be better spent not trying to estimate when science will “pay off”, but rather educating the public on the importance and role of basic undirected science research in our civilization.

Everything good we have in our lives is because 50-100 years ago, a scientist looked at something seemingly benign but out of place and thought, “hmm, that’s odd”.