The pleasures and sorrows of micro-apartment living

when i lived in Phoenix AZ for work i had a 290 sq foot apartment (give or take), and managed to have all the things i needed plus: an indoor hydroponic veggie garden (yes, veggies); an all grain electric brewery system; a small cheese making environment; and of course all the electronics you could eat. and since it was small i got to know all my neighbors, since we spent time outside.

…an example of the free market at work!

since we spent time outside

This seems to be the key to living in small spaces in general. There’s talk in New York about allowing for smaller studio apartments that instead include a large variety of shared indoor spaces. Ah, here it is: 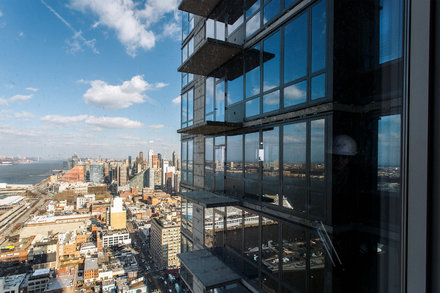 More than 13,000 new rental apartments are expected to hit the market in New York City this year.

I think it depends a lot on what “living” means. If your apartment is where you sleep, store your close, and recharge your electronics, you don’t need much space. But it depends as much on personality as it does on job or location. I know some people hold up certain parts of California as exemplary for indoor/outdoor space use with small buildings melding the use together. In Minnesota, though, most people have plenty of space for themselves as the weather necessitates spending more time inside and a more varied wardrobe.

Of course, older cities used to have lots of ‘microapartments’, but in the old days they were called ‘tenements’ and were low-tech cheap housing for immigrant families. The main difference between urban housing in those days and now is the number of residents per unit. Before WWII, Boston had 800,000 residents living in less than 200,000 housing units. Now it has 600,000 living in almost 300,000 units. And those people are more likely to complain about the cost and lack of housing. So the real solution to the housing problem is to increase the occupancy of the units by 50 percent.

One big issue of minimized living space is that it can radically increase your cost of living overall. Eat out every meal? Every party has to be at a bar or club? No one ever suggests the construction of public social space apart from parks (not open at night, less fun when raining).

But it depends as much on personality as it does on job or location.

It totally does. Being on my own for a few years without the family is way easier to cram into a small apartment. And frankly most of my stuff was just stored in my Oregon house, so in reality I wasn’t really in a small space.

I am again in a smallish place but it is so close to everything, and I feel like we have a community.

True observation. As a tip though if you like to cook in cramped spaces one of these induction plates and, ahem, some cast iron pans will do anything you could imagine. 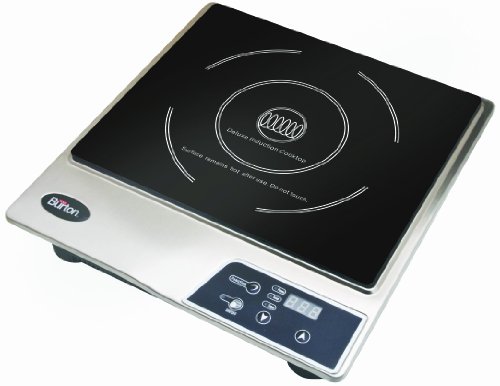 An upgraded, stainless steel induction cooktop for the discriminating cook. Only the highest grade functions and design in a counter top model, for those who demand excellence. Cooking with an inducti ...

My girlfriend and I both like the idea of living in a smaller space. We’ve both been seeing lots of tiny house projects popping up online and even locally.

There are a few things that I’m not sure would work well with the whole tiny apartment / boat / mobile house thing though. My main concern is storage for projects. I’m getting into electronics ( Arduino, Raspberry Pi, etc ) and metalworking ( mostly blacksmithing ). She’s into sewing and crafty type stuff. None of these are exactly tiny hobbies. Sure, there’s a hackspace ( VHS ) and a makespace ( Vancouver Community Lab ) in Vancouver, but they’re not exactly close – getting to either via transit is a 1+ hour prospect and I’m not sure we could afford to move closer ( Vancouver is the most expensive city in North America, woo? ).

We’d probably also have to wait a bit until we’re either both working in the same area ( our 1+ hour commutes are currently in opposite directions ) or until one or both of us is working remotely for the tiny house thing to work. I think it’s because having to deal with loud, annoying workplaces ( and coworkers, heyo ) and long commutes requires more space for us – we need some time and space in order to decompress after we get home so we’re human again. Working in the same area means we could look into carpooling options, while working from home means no decompression needed.

I experienced something like this while living in Taiwan for two years with my wife in the late '80s.

We spent a few weekends in the Chungking Mansions in Hong Kong (technically Kowloon). The “Mansions” are renowned for being a cheap place to crash, and notorious for being crowded, rundown, dirty and a firetrap. They exterior has apparently been refurbished in the intervening years - it used to look like something out of Blade Runner.

Chungking Mansions is a building located at 36–44 Nathan Road in Tsim Sha Tsui, Kowloon, Hong Kong. The building is well known as nearly the cheapest accommodation in Hong Kong. Though the building was supposed to be residential, it is made up of many independent low-budget hotels, shops and other services. The unusual atmosphere of the building is sometimes compared to that of the former Kowloon Walled City. Chungking Mansions features guesthouses, curry restaurants, African bistros, clothing sh...

We spent a couple of months in a residential hotel in Taipei that was a bare notch above the rooms in the Hong Kong video, before moving to a fairly nice illegal rooftop apartment that we shared with another couple.

[quote=“Ratel, post:8, topic:51412”]
No one ever suggests the construction of public social space apart from parks (not open at night, less fun when raining).[/quote]
I have weird OCD-ish mental tics. One of these is imagining designs for modern-day SRO hotels, and mobile home parks that would appeal to more than people needing to live as cheaply as possible.

The latter, I imagine, could really use a couple of community-use Great Rooms that residents could sign up for to hold parties and dinners in. I imagine the management would have to ask for a deposit and cleaning fee.

In fact, come to think of it: My old apartment complex had a club room and a meeting room. I didn’t know the terms. Interestingly, about 80% of the functions I saw there involved Indian families.

One of my “If I ever won Powerball (unlikely since I never buy tickets for it)” dream projects would be a subsidized modern-day SRO for homeless vets. A “housing first” deal, designed to get guys off the street.

A micro-apartment makes sense for this kind of thing. Room for one person who is unlikely to need piles of kipple. Easy to clean pre-fab kitchen and bath. Sturdy dorm-style furniture included in the rent.

They still offer locker rentals at the bus station, right?

These micro-apartments definitely appeal to the Tiny House lover in me. I think we don’t see how much of a trap a large living space can be until we downscale dramatically, at which point, the liberating freedom from “things” can suddenly become quite apparent. I once took a tour of a lovely small Frank Lloyd Wright house in Virginia and I was delighted to learn that the late owner felt the smallness of the house forced her to make choices about what was important in her life – and thus made her a better person.

On the other hand.

These tiny spaces facilitate the ongoing rigging of our world, the systemic theft of real wealth and value from almost everyone except the miniscule percentage at the top. Offer us a tiny place to live and we’re less likely to protest all that’s been taken from us (and we also become less expensive to the system than a homeless person). There is no such thing as a free market. The poor and desperate will always prefer a cubicle to a park bench, but once we decide the mega-wealthy can set the terms for the living conditions of their tenants, all bets are off.

One can foresee a future when all of us will be grateful for a space in a dormitory bunkbed for a mere $300 a month. Beautifully-designed tiny houses are a delicious idea, but they remain a wet dream for downscaling affluents. For poor people around the world, tiny, filthy, shitty spaces are all they ever get.

These micro-apartments definitely appeal to the Tiny House lover in me. I think we don’t see how much of a trap a large living space can be until we downscale dramatically, at which point, the liberating freedom from “things” can suddenly become quite apparent.

If no-one is going hungry and the tiny houses are warm and comfortable; come with good communal facilities and public spaces that generate a sense of community; easy access to education, healthcare and a social safety net; and space and opportunity to do some leisure or hobby things, then bring it on.

Maybe if wealth could be more equally distributed, people like this homeless guy would have the opportunity to teach the currently super rich a bit of humanity?

One can foresee a future when all of us will be grateful for a space in a dormitory bunkbed for a mere $300 a month.

… you’re almost certainly right. That’s what the 300 billionaires who have more resources than the bottom 3 000 000 000 are no doubt lining us all up for.

Just pointing out that you can buy a good grave site for 5000 bucks.

Just pointing out that you can buy a good grave site for 5000 bucks.

Please elaborate? The picture that’s popping up in my head may not be the one you intended …