This year Polaroid Originals became just Polaroid. And the digital stuff may not be in production anymore. Though they still seem to be available on Amazon. They aren’t pushing it, and it doesn’t appear to be linked from the official Polaroid site. It’s off in it’s own weird little alternate.

Good to know. I’m now at a loss what to do though. My wife really liked the Snap line of cameras/printers. They look cute and are small enough to fit in a purse. I wanted to get her one as a gift. If the line is going down the drain and I get problems buying new Zink films later it’s not worth it. The Polaroid cameras shown in the OP are larger and more clunky. Any suggestions for alternatives? Fujifilm Instax SQ 6 perhaps? Seems to lack the “print from external sources” function though.

the true party camera that everybody needs right now

Because we’re having so many parties right now.

The Vintage 600-type cameras (like the original One Step) drew power from the film pack’s battery.

As a curious kid i took apart a spent Polaroid film pack to see what was inside. That explains the layer of acid that I eventually unearthed.

Hmm. Maybe I should clean up my SX-70 and get back in the game.

(I kept it in the same bag with a stack of pictures on a day out, and some of the polaroids leaked that white chemical goo they have in them, and now the camera looks like someone sneezed liquid Tipp-Ex all over it. Hideous.)

And you had to brush that liquid onto the finished photo. Maybe it even took longer for the photo to reveal itself? I was never close to a Polaroid.

I guess that’s why later Polaroids were “one step”.

Pics or it didn’t happen…

My favourite non-digital camera is one of these. 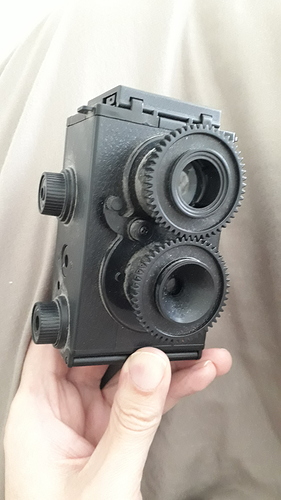 Not really much more than a pinhole camera with a plastic lens, but it comes in kit form and you build it yourself, which is really fun but would be better if the translator had understood both English and Chinese and also the importance of numerical order…

The winder isn’t graduated so you can make multiple exposures too. It was under £20, I’ve probably got the proper product details somewhere in my archive. 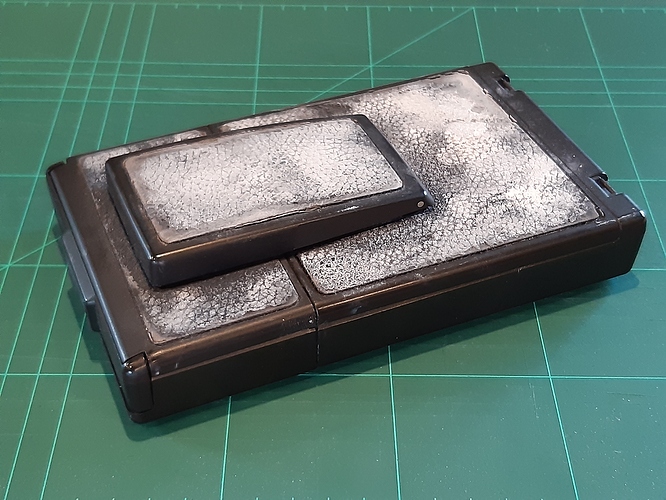 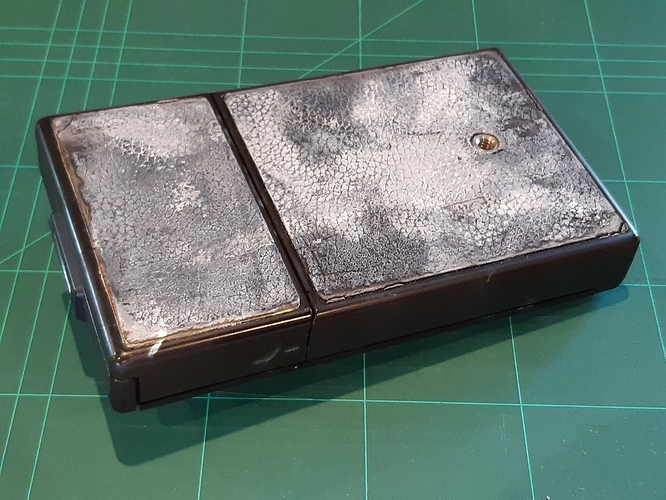 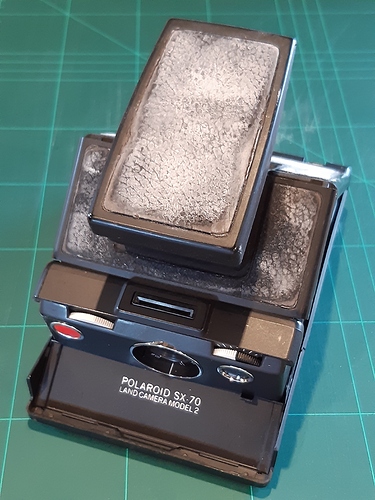 Ew. I like the Transformers vibe though, from 20s cigarette case to chunky camera.

As I understand Zink isn’t film, it’s some form of thermal or ink-less printing. And the cameras are fundamentally digital. Which is how they manage to be so much more compact than an instant film camera, and how you can print from something else.

It’s also not Polaroid’s tech. That line of cameras was apparently a licensed product using Polaroid’s name. Other companies make printers using the Zink system. And I think some of the cameras are sold under other brands as well.

So you should still be able to get paper for the foreseeable future.

I like the Fuji Instax cameras quite a bit. The SQ 6 is probably the most compact instant film camera in that size of film you’ll find. But the Instax Square film seems harder to come by (at least in the US) and the camera selection for the format is a lot more limited.

I’ve heard raves about the Instax Wide film. But again you’re ordering film online, camera selection is limited. And the cameras are a lot bulkier, in some cases bulkier than the Polaroids.

I have a Lomography Automat Glass with shoots Instax Mini. The small Mini film is a little limiting. But it’s cheap and can be grabbed at most drug stores, electronic stores, and big box stores.

I don’t like the way Instax Black and White looks out of the Automat, but it looks great out of Fuji’s cameras. And the Fuji films apparently scan better than the Polaroid films.

I had forgotten about that swab thingy! My dad had one of these; I still have it squirreled away somewhere. 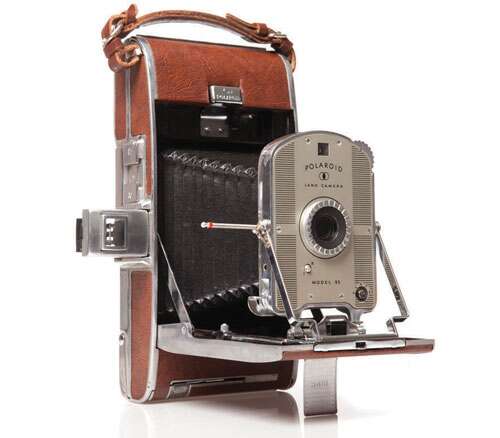 You can get new leather ‘skins’ for your sx70 here. 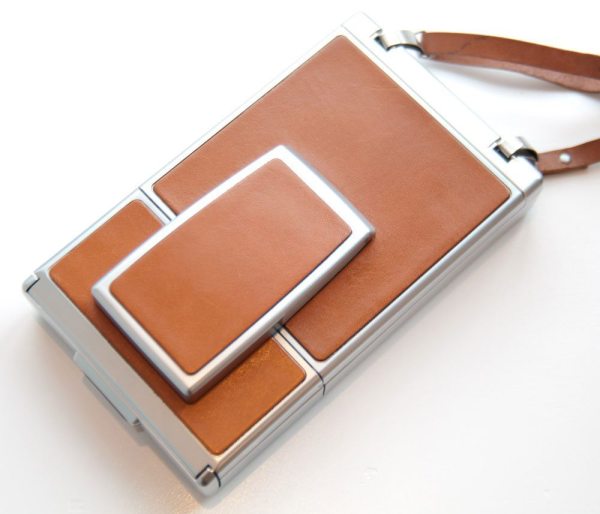 
They also offer a refurbishment with new leather, disassembly and clean, and new rollers.
2 Likes
Ryuthrowsstuff May 16, 2020, 7:29pm #33

Lomography makes a flat pack cardboard camera with an actual lens, aperture, shutter and what have.

Apparently uses liquid injected into the lens for filters. And it’s 120 wide format.

A flat-packed, customizable medium-format cardboard camera to build from the bottom up, plus a lens you can fill with liquid alongside a shutter & aperture module for endless experimentation - let your creative spirit run wild!

I’ll look into that, thanks!

My dad had one of those. He’d sometimes drive to the train station to have the pictures express shipped.

Oooh! Has this turned into a “show off your old camera” thread? I wanna play!

I bought a OneStep+. Quite liked it. Using the images for a variety of purposes graphic and art oriented. And then they changed the app. I am told not available for my tablet. Can’t find the old version. My work method is f–ked. Is it some version short attention span theatre that motivates people to develop stuff that they aren’t even committed to maintaining?