Originally published at: The trailer for Savage Salvation provides a sobering look at the opioid crisis | Boing Boing

The USA’s War on Drugs got us here, opioid billionaire traffickers/manufacturers are totally off the hook for their responsibility in this, your guess is as good as mine when this death-circus ends and how it ends.

Because, in the American Myth, you can solve systemic problems created by the system of capitalism, by brutalizing the disenfranchised.

it feels like Hollywood tries their best to avoid stories revolving around the opioid crisis.

Dopesick doesn’t shy away, and is an enraging watch. I am probably lucky I didn’t get hooked on Oxicontin. But also because of the epidemic, people like me in chronic pain find it hard and expensive to find care. 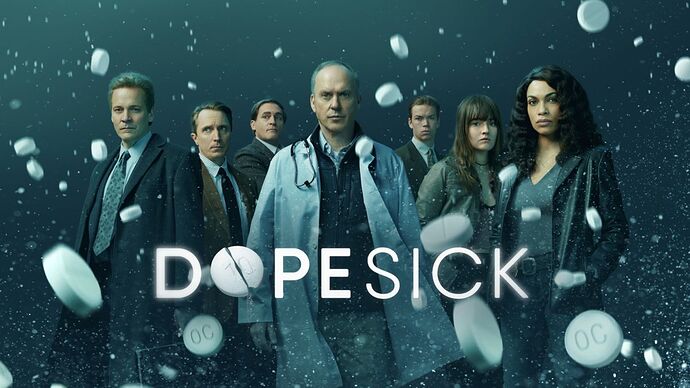 This doesn’t seem any more sobering a look at the American opioid crisis than any of the Charles Bronson Death Wish movies were about that era’s crime scares.

we’ll get a few projects that center on big pharma shamelessly peddling insanely addictive drugs, but we’ll rarely get any narratives that focus on the people affected by opioids.

Not often, but there are a few prominent exceptions. They wrote Roseanne Barr out of her own show by killing off her character with an opioid overdose.

I know multiple people whose lives were destroyed by opioids after a workplace accident- Oxycontin - addiction spiral. One of them passed away yesterday. May the Sacklers choke on their next bite.

Or shooting at stuff, people, whatever.

Ah, that explains De Niro’s presence. It’s a geezer teaser. You probably see half of his entire and well-compensated screen time right in that one trailer. Same goes for Malkovich. 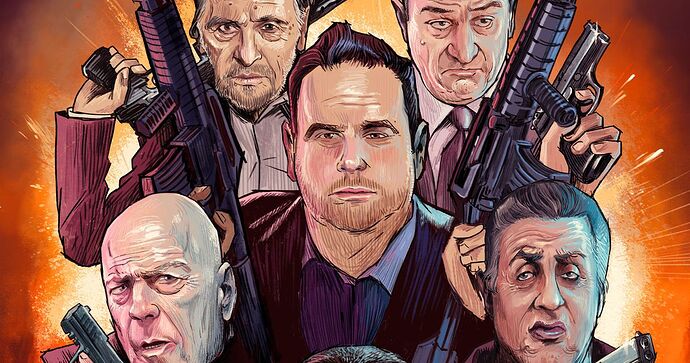 The King of the Geezer Teasers

Inside Randall Emmett’s direct-to-video empire, where many of Hollywood’s most bankable stars have found lucrative early retirement.

Dopesick is an enraging watch because it’s pure propaganda. Their main consultant was Andrew Kolodny, president of PROP- an industry group funded by the likes of Indivior (an extremely shady company on their own- more below) and Phoenix House (the largest chain of rehabs in the US) and created to push this fairy-tale that doctors were completely fooled by a few salespeople. Health insurance & worker’s comp jumped onboard when people started pointing out that delaying care for months or years, rejecting the advice of doctors in favor of cheaper options (ie pills), and forcing people back to work before they actually heal causes people to have more chronic issues and increases the chances of them becoming dependent on meds.

OxyContin contains a very old drug with a time-release coating. Doctors have prescribed it in percocet, percodan, etc., for decades. There were a number of doctors overprescribing, but they were quickly shut down. Kolodny lied about conflicts of interest for years- like making half a million from testifying in just one trial, distorted facts, and taunted critics who were disabled and had to stop working when their pain was no longer controlled- some even became homeless.

Indivior was spun off of a company called Reckitt-Benckiser when they got into trouble for shady practices. It was specifically created to take the heat. They manufacture a drug called Suboxone that was supposed to replace methadone for helping people get off opioids. Except it barely works, as 100k ODs should indicate. But they still successfully lobbied to shut down methadone clinics and Kolodny is still pushing Suboxone for literally everything.

You should really be more concerned with seeing that this country has quality healthcare and worker’s comp than validating reheated white supremacist conspiracies. Then, maybe your friend would have gotten actual treatment and rest instead of getting pills and sent back to work before they were ready.

Or… you know… problems can be interrelated.