The trailer for Trigun Stampede storms out the gate

Originally published at: The trailer for Trigun Stampede storms out the gate | Boing Boing

I’m not crazy about how the trailer seems to be composed entirely from late-series content. I seem to recall that we don’t learn that:

until halfway through the series. maybe I’m wrong and I just need to rewatch the original.

(also, why is the Angel Arm now the width of a George R. R. Martin book?)

It certainly feels like it’s lost its happy-go-lucky feeling from early on.

Also thanks for the Ronin Warriors shout out. I spent an entire summer as a child traumatized when the Dynasty captured Rowan and I wasn’t sure if he was dead or not.

I guess this would be a nice opportunity to post the mashup that first introduced me to Trigun and Cowboy Bebop: 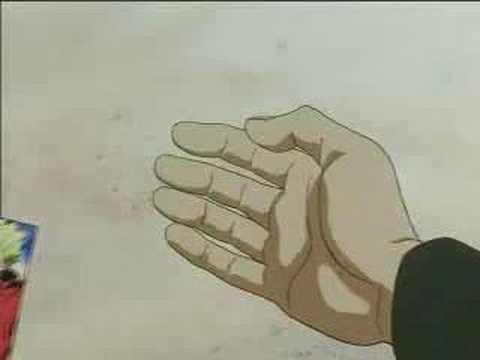 They may have a flash back early on, and new audiences will have no idea how that plays out till the end. The escape from the ship in the first few minutes and then “20 years later”, with more flash backs sprinkled in. Build the former relationship of the characters up so that when they meet in the present it is more impactful.

Maybe him looking for his lost brother is the plot of the new series that we are meant to know earlier on.

Overall - I am here for it. The updated design I didn’t really get to see well, but I think it looks ok. It is crazy how a couple decades can really change the technology enough to change the look of the animation so drastically.

I’ve seen a lot of this animation technique these days. It’s all CGI, right? I find the textures so ugly, the character design bland and the animation so… clunky… Sometimes it even gives the impression that several frames are missing.

I’d encourage folks to give the CGI approach here the benefit of the doubt. Studio Orange has done absolutely fantastic work on their first two big shows (Land of the Lustrous and Beastars). They use it to set up incredibly kinetic sequences that just wouldn’t be reasonably possible in traditional 2D animated approaches (well - not without putting movie-level budget in): 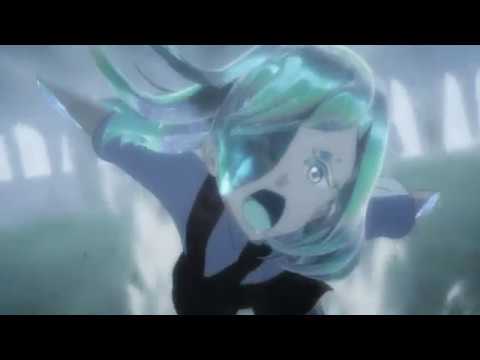 It is CGI, but that isn’t enough to dissuade me. CGI itself can be very compelling, if handled by skilled artists. Arcane is evidence enough for that. It’s CGI, and has some of the most beautiful sequences I’ve ever seen. I would agree that this new trailer appears to lack some of the grit of the original, and I hope the music isn’t all so generic, since the original’s soundtrack was so funky. But I’ll still check it out.

Maybe him looking for his lost brother is the plot of the new series that we are meant to know earlier on.

possibly. again, I’m cautiously optimistic for the series, but not crazy about this trailer specifically. also, Vash’s new design feels a little too 90’s anti-hero for me.

I kind of wish they’d just redone the start of the first episode from the original series and released that as a trailer.

I’m a little too precious about Trigun to be objective, though. it was the first anime I sought out on my own after I was introduced to it by a friend in the 90’s.

I wasn’t a huge fan of the original and I’m not especially enthralled by how this new version looks or feels. I’ve never enjoyed the style of CG they’re using for the reboot’s animation. The vast majority of animation these days is done via computer software, but most stick closer to a style that emulates the older hand-drawn cell animation. The shows that look more obviously like 3d models and environments don’t really appeal to me.

The shows that look more obviously like 3d models and environments don’t really appeal to me.

Same here. A good example of bad CG is Earwig and The Witch. To make matters worse, the plot is very bad and the characters are not charming at all.

The vast majority of animation these days is done via computer software, but most stick closer to a style that emulates the older hand-drawn cell animation.

Too bad none of them works very well…

Although this cartoon made in Blender was very good. I know cartoons are not easy and cheap things to make. But this Captain Yajima cartoon doesn’t look like it was too expensive and yet It delivered a very good result.

I think this abuse of computer graphics also has something to do with this so called gamer culture. A lot of cartoons lokk like videogames scenes. A good example are the last two seasons of “Love DEath Robots”. Only boomers and Gen X are still thrilled with 2D cartoons. “Oh grandpa. You are so cute with your Nickelodeon and Gainax toons. Come on, listen to the rock’n’roll and have your soup, old man”.