The uncovered food stalls of Pompeii

I find this fascinating…wonder what they used to contain whatever they were eating? Did people go out with their own bowls?

If you want the video to be embedded use the full youtube[,]com address.

I always have trouble doing that when I post with my phone. Thanks.

Pompeii is on Google Street View

(But I am not a historian.)

They may have consumed much of their hot, street food as we do… between/within bread. I know that the number one staple for that part of the world at that time was bread. Based on what I gleaned from watching John Romer’s Byzantium (that being the “Rome” of the East) awhile back, the vast majority of “Roman” households did not own ovens, so people bought their bread from bakeries. I don’t think it would have been a big deal to pick up some appropriately sized loaves (sliced or pocketed) at a bakery, get them filled by food vendor, then eat them during a leisurely walk or when sitting somewhere.

(But I am not a historian.)

In India there are cheap, disposable earthenware teacups. Is that what you were thinking of? 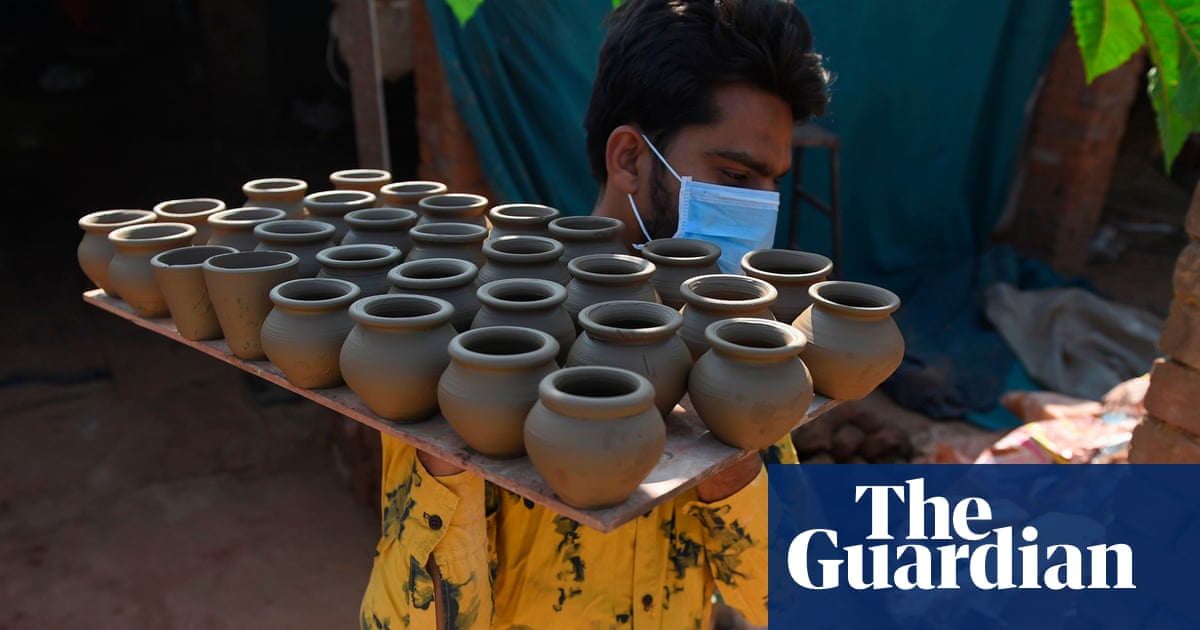 All change: India's railways bring back tea in clay cups in bid to banish...

And on the subject of ancient Rome and modern India:

Plus shish-kebab and yakiniku have taught us that any manner of creature or veggie can be turned into portable food by putting a small stick through it and grilling it to death.

Plus of shishkebab and yakiniku have taught us it’s that any manner of creature or veggie can be turned into portable food by putting a small stick through it and grilling it to death.

Many years ago I read a book on Haida and Haisla art and culture. It was a scholarly work published by UBC and, when mentioning an artist’s name, would include a literal translation of the name into English. One guy I thought I would be sure to get along with was “Anything Roasted on a Stick” .

Here’s your order. It was still in the oven:

The violent eruption of Mount Vesuvius is considered to be one of the greatest natural catastrophes of the ancient world, when several cities in the Bay

Disturbed by the lack of a ‘sneeze guard’ or maybe that didn’t survive the sands of time.

To be clear, many thermopolii have already been excavated and are on the tourist path, it’s just that this one is much better preserved. Possibly because the excavation was done by real archeologists, rather than by eighteenth century adventurers?

Based on what I gleaned from watching John Romer’s Byzantium (that being the “Rome” of the East) awhile back, the vast majority of “Roman” households did not own ovens

I’ve recently been brushing up on Roman history. For the bulk of the imperial period the vast majority of Roman citizens survived largely on a grain subsidy issued by the state.

Who exactly that was changed over the course of history. Starting with just residents of Rome, then Italy. Then citizens within central divisions and provinces of the Empire. And how much the subsidy was varied quite a bit. With increasing it being an easy way to garner political support, and the Empire frequently too broke for the subsidy to be livable.

Bread was baked in communal ovens distributed through cities in the distinct or neighborhood level. In Rome itself there were huge ones that could bake an entire neighborhood’s weekly bread in one go.

So while this wasn’t the case by the time the Empire split and Byzantium was a separate thing. And while wealthier Romans could buy what they wished. Most Romans didn’t buy bread. They were involved in communal efforts to bake it. Usually from grain they got in the form of public aid.

And importantly the Romans did not, for the most part, consider non-citizens and people outside of Rome proper (or later Italy) to be Roman. Those people, along with a massive slave economy, were supposed to fund those subsidies to the real Romans.

From what I understand the Eastern/Greek end of the Empire was always wealthier resource and trade wise than the Western half. And looked at much of this side eyed. With frequent attempts to break off, join Rome’s rivals or push back on how much they had to send to Rome. That system also seems to have collapsed (repeatedly) by the time the central Government was setting up in what would become Byzantium. And long dead by the time things split.

During the imperial period the city of Rome, eventually all of Italy, essentially had a massive labor surplus. With most labor covered by slaves or non-citizen provincials. “Real” Romans, outside the noble classes, were either soldiers or bureaucrats climbing the political ladder. Or made their living off a combination of those subsidies from the state, and patronage. The higher class, wealthier Romans they pledged to support in legal and political matters would make frequent cash “gifts” that basically represented their whole income. So the citizen’s day would mostly be composed of various social visits to these people, and then shouting a lot in the Forum.

Rome or not, though. Few households had ovens globally until pretty recently. Open hearths were the norm in homes until the modern era. Communal ovens were the default oven, often in shared courtyards between multiple houses. Sometimes like the Romans did where it was sort of like a utility. And then of course there would also be commercial bakers, where the oven was basically a business unto itself. And you could pay/barter to have your food cooked in there, as well as buy bread from the bakers.

Baking at home was done in pots like dutch ovens, if at all.

It could be done in a pit oven dug in the ground. Or especially on larger farms it might be done in a small earthen oven, which are very easy and cheap to make. But even then it seems like it was commonly a community activity. More teaming up with the neighbors to build one somewhere central.

I shouted “DUCK!!” but the server just said, “Wait your turn please, sir.”

…the vast majority of Roman citizens survived largely on a grain subsidy issued by the state.