The Wonder Years hit the Smithsonian

[Voiceover for the donation ceremony provided by Daniel Stern]

“Seeing those items from the TV show really took me back to all the things that happened in 1988. A reboot of Mission: Impossible premiered, Anthony Kennedy became a Supreme Court justice, and Tom Browning pitched the twelfth perfect game. It all seems so simple now, but it was complicated then. There were script revisions, and arguments between directors and producers. Strip away all of that, though, and there was something magical about all of it. We were in a long slow dance, the cast, crew, and me, and we knew we were doing something that would last.”

I keep telling myself it will only take another three months or so for io9 to end its infatuation with the word ‘iconic’, but now I see the infection is spreading.

Yep, a few of us had a crush on Winnie Cooper. So smart, and cute too!

She really deserved better than Kevin. He seemed to screw something up almost every week.

TV props now count as history? Duchamp would be proud.

Have you ever been to NMAH?

…the American History Museum, home to such iconic television artifacts as The Fonz’s leather jacket 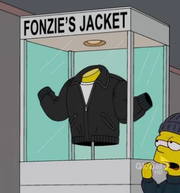 Guard 1: Get out of Archie Bunker’s chair, NOW!

Homer: Relax, I’m just boning up on the old Constitution. 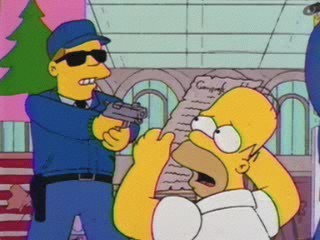 Guard 2: Ugh, I am so sick and tired of people hiding behind the Bill of Rights.

Guard 1: Look, you got chocolate on it!

Homer: I didn’t mean to (Starts licking it off)

Guard 2: Mm Hmm, you just licked off the part that prevents cruel or unusual punishment.