Originally published at: There is an army of Kewpie Dolls in this Tarako spaghetti commercial | Boing Boing

Loose translation of the song, "Eat your spaghetti or we'll kill you", I remind you it is a ruff translation, but pretty accurate if you ask me.

They didn’t mess around in the sixties. 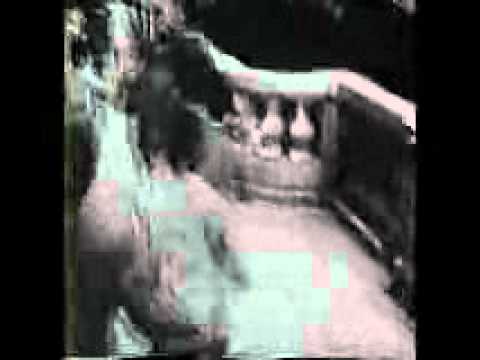 What an oddly bittersweet theme song to sell spaghetti with.

They make a Kewpie branded Mayonnaise in Japan. I wonder if it is related?

It’s nice that Björk is getting some work.

I couldn’t make head or tail of this so I googled around and learned some things. I’m sure hordes of boingers already know this, but I humbly offer this for those who, like me, didn’t. Tarako spaghetti isn’t just a trade name but a particular way of making spaghetti. japanesecooking101.com explains it thusly:

Tarako Spaghetti is one of the most popular Japanese flavored pasta. Tarako is salted cod roe and eaten both as is or cooked. In this dish, the saltiness from Tarako and fresh taste of Shiso leaves match with spaghetti so well that you want to go back to make it again and again.

In cod roe the eggs are enclosed in a pink membrane which looks like the sacks the kewpies wear in these commericlals. Another interesting layer of meaning is that “tarako” translates literally as “children of cod.” That would explain the kewpie faces. Given this connections I suppose that Japanese audiences would find these critters cute rather than creepy. Me, I’ll go for creepy.

Random reactions to the commercials: (1) Almost all the kids look European, not Japanese. (2) I guess the girl in the first ad is supposed to look surprised, but her gaping mouth and frozen expression makes her look ill or drugged. (3) Until the end, the kewpies never interact with the kids. Do they appear to celebrate the kids eating Tarako? If so why aren’t the kids happy? Maybe the kewpies are there to make sure the kids clean their plates. (4) I genuinely like the last ad in which the girl and the kewpie chorus cheer up a stranded space kewpie. That one is truly cute, and for once everyone seems happy.
.

That’s exactly what it is. Kewpie sells pasta kits in addition to their various bottles of mayonnaise, and this is one of the flavors. 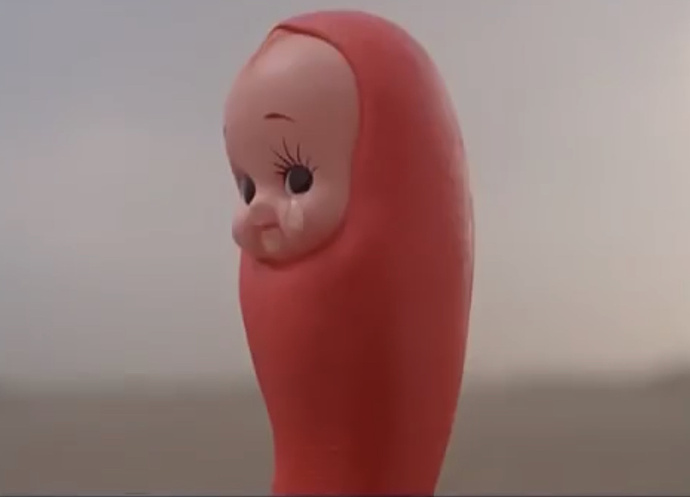 Almost all the kids look European, not Japanese

Yeah, it’s by design. All the “representative” children for this ad for the Japanese for a Japanese product are non-Japanese children?

Cod roe pasta is relatively easy to make if you have access to an asian grocery. 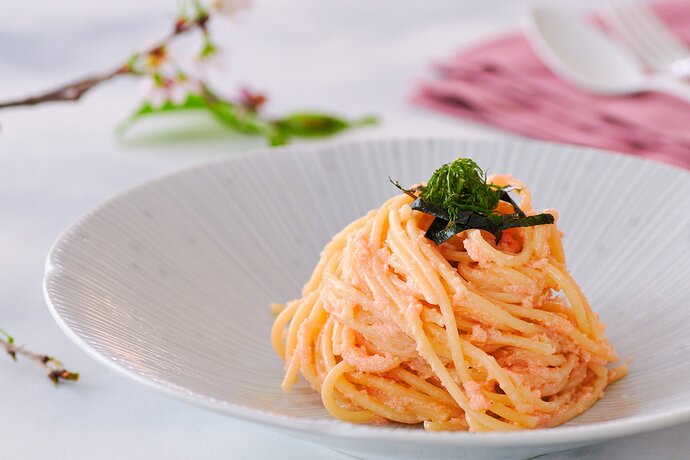 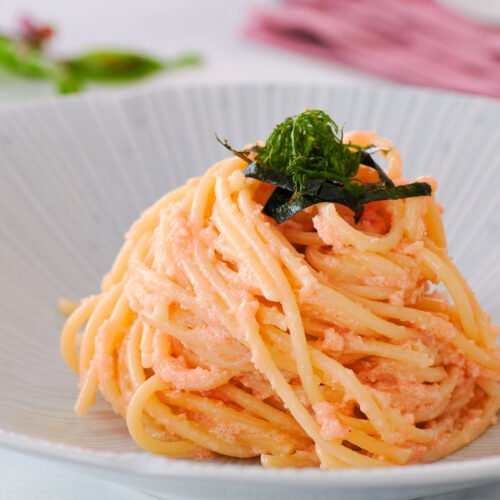 Japanese mayo is a main ingredient to cod roe pasta. So yes

When they knock and the door slams open? Absolutely, but it also made me laugh.

whats the deal with the red body bag? I thought kewpie dolls were just naked babies, like the logo on the mayo bottle. Does the red bag represent something?

The red bags represent the reddish sacs cod eggs come in. Apparently one can eat the whole thing, sac and all, or break the sac open to pour out the eggs to be either eaten or used in cookery. These critters were a big deal! One wordpress site describes having found online "Tarako Kewpie costumes, Tarako Kewpie CD’s, Tarako ring tones, live Tarako Kewpie performances on talk shows, and ‘adorable’ Kewpie dolls that were practically Japan’s Tickle-Me-Elmo. There was even a Tarako MP3 player: 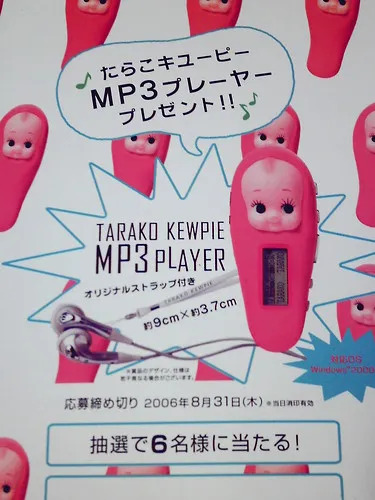 The kewpies are musically-talented, too. 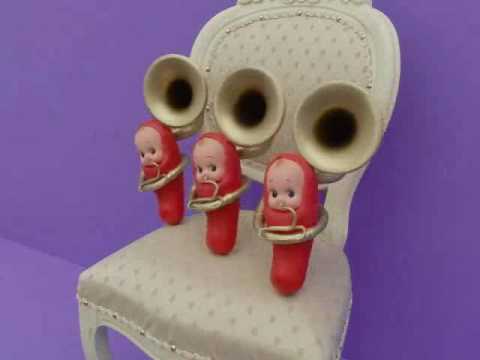 Wow! Thanks for the explanation! The language barrier was making it hard for me to figure out. That interesting! And maybe a little creepy! Ha! But awesome!

I find the children much creepier than the kewpie dolls.