There's a giant lobster in Australia, because of course there is

Originally published at: There's a giant lobster in Australia, because of course there is | Boing Boing

[Australian accent] That’s not a lobster. This is a lobster! 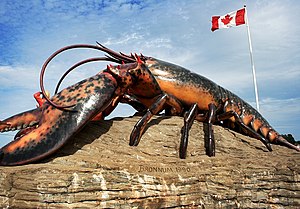 The World's Largest Lobster (French: Le plus grand homard du monde) is a concrete and reinforced steel statue in Shediac, New Brunswick, Canada sculpted by Canadian artist Winston Bronnum. The statue is 11 metres long and 5 metres tall, weighing 90 tonnes. The sculpture was commissioned by the Shediac Rotary Club as a tribute to the town's lobster fishing industry The sculpture took three years to complete, at a cost of $170,000. It attracts 500,000 visitors per year. Contrary to p List of world'...

(But seriously, that can’t be a lobster, no giant foreclaws)

world’s largest lobster sculpture, you say?
Betsy would like a word! 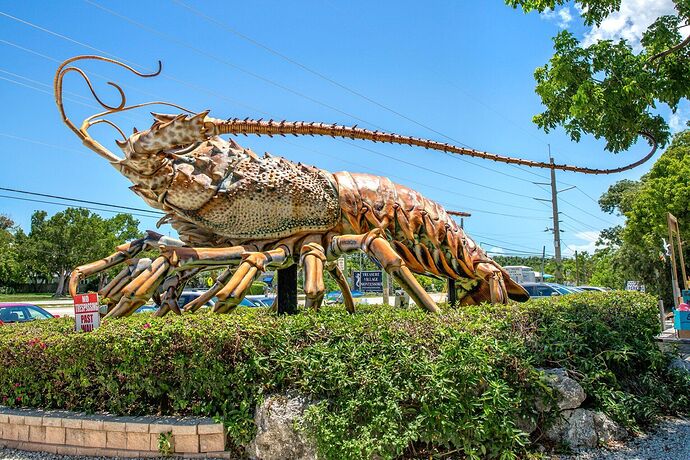 Islamorada, Florida, United States--At 40-feet long and 30-feet tall, Betsy the Lobster, is a giant Spiny Lobster, the type found in the Florida Keys was modeled after a spiny lobster by sculptor Richard Blaze and is now located at the Rain Barrel...

(But seriously, that can’t be a lobster, no giant foreclaws)

You are correct. It is actually to commemorate the…well…not indigenous obviously…but the previous colonizers of Australia, I guess - The Mi-Go

that can’t be a lobster, no giant foreclaws

Not all species of lobsters have giant foreclaws like the ones in Maine. The ones we have out here in California don’t have giant claws either. 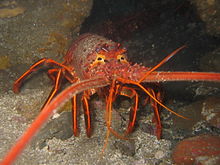 Palinurus interruptus J. W. Randall, 1840 The California spiny lobster (Panulirus interruptus) is a species of spiny lobster found in the eastern Pacific Ocean from Monterey Bay, California, to the Gulf of Tehuantepec, Mexico. It typically grows to a length of 30 cm (12 in) and is a reddish-brown color with stripes along the legs, and has a pair of enlarged antennae but no claws. The interrupted grooves across the tail are characteristic for the species. Females can carry up to 680,000 eggs, ...

i’m here for the spinies! 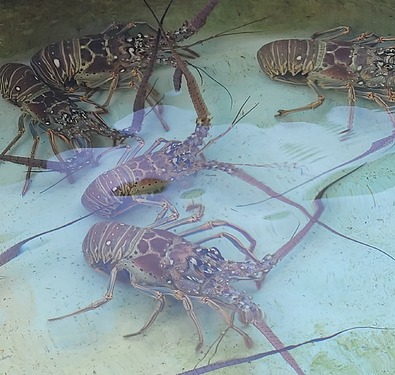 Canadians can’t get enough of this sort of thing. 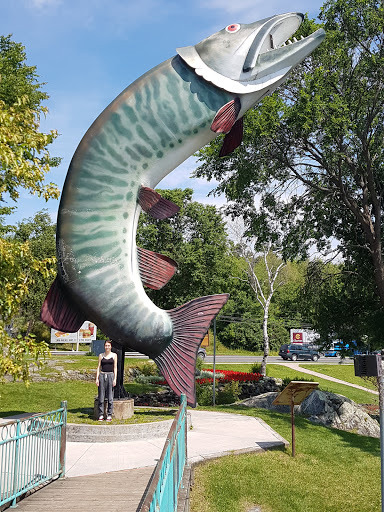 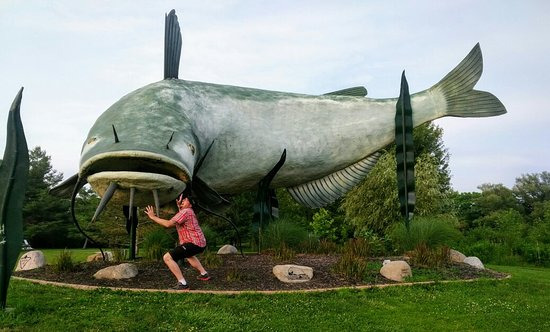 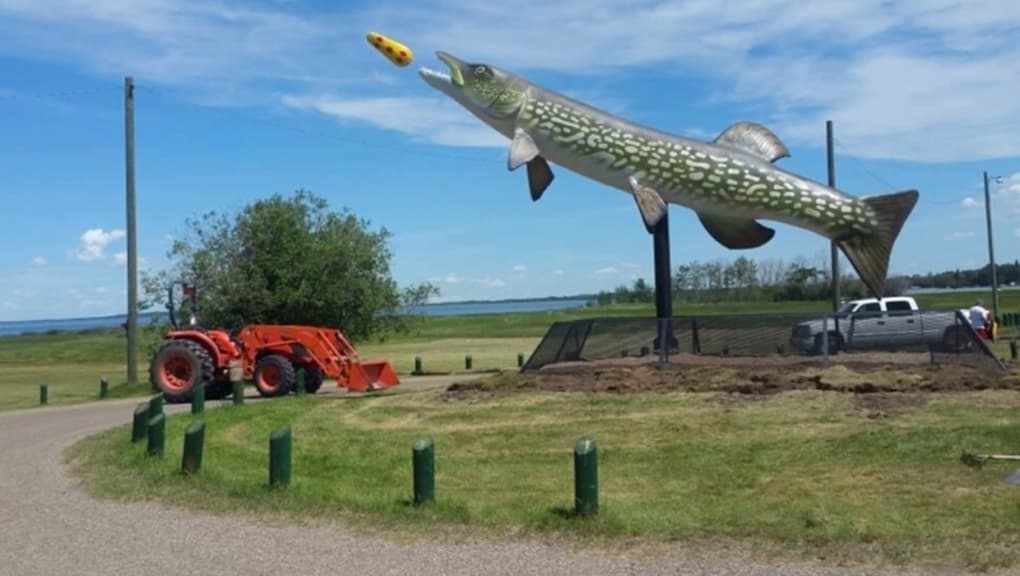 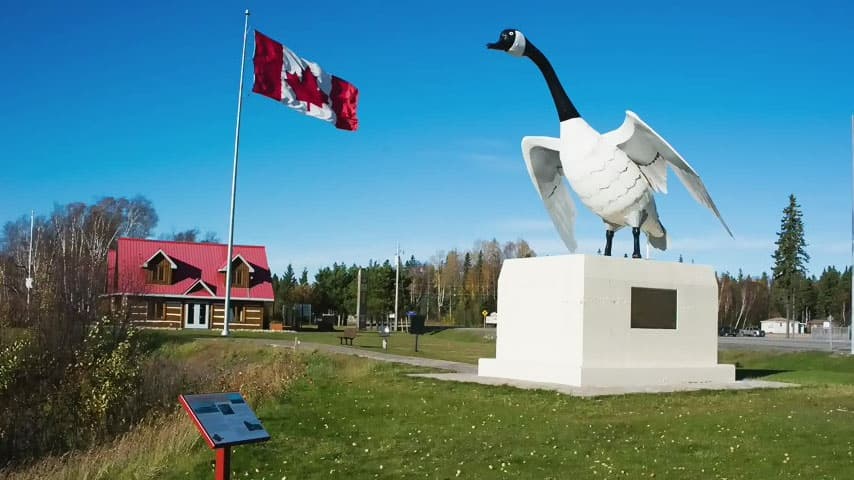 Even the world’s largest T-Rex, and its egg: 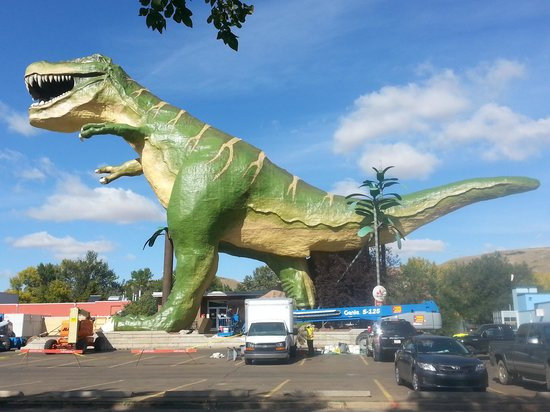 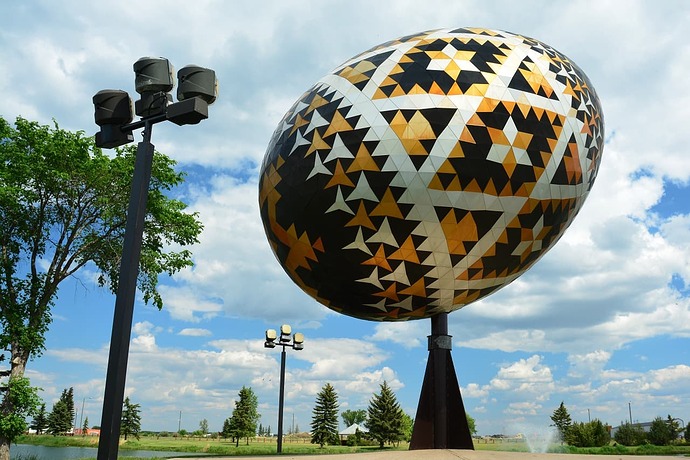 The U.P. is Canada adjacent, and has the world’s largest running chainsaw: 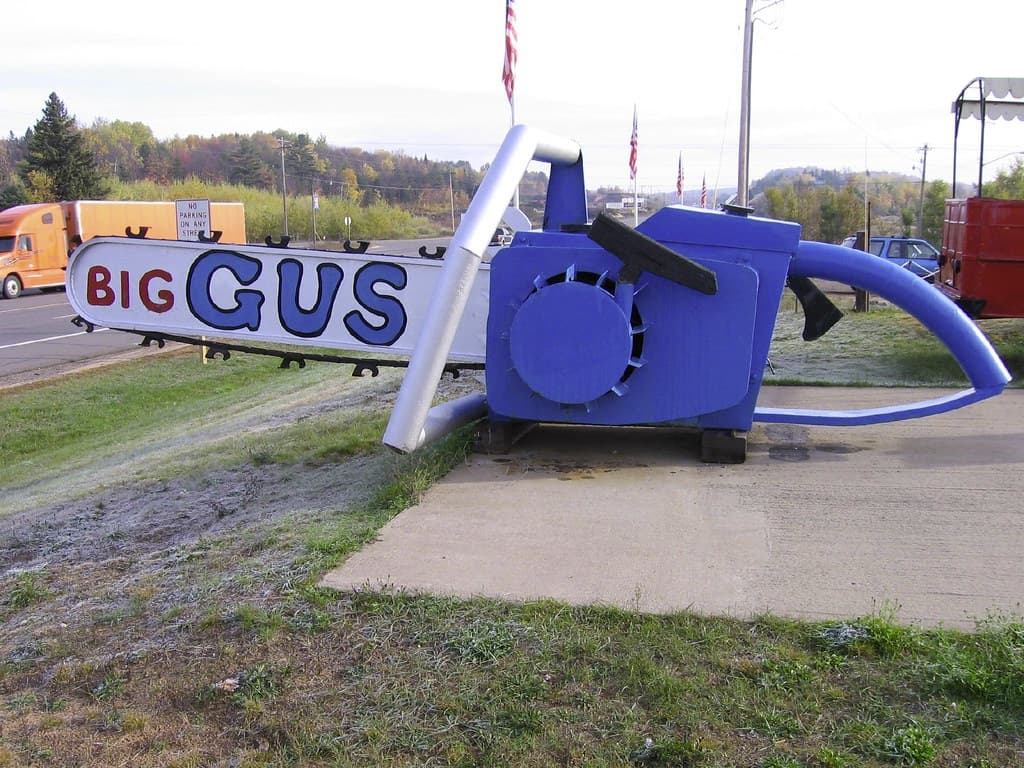 Oh, that shit’s all over Australia. Here he is with his mates the big banana (just look at it), the big merino, and the big pineapple. 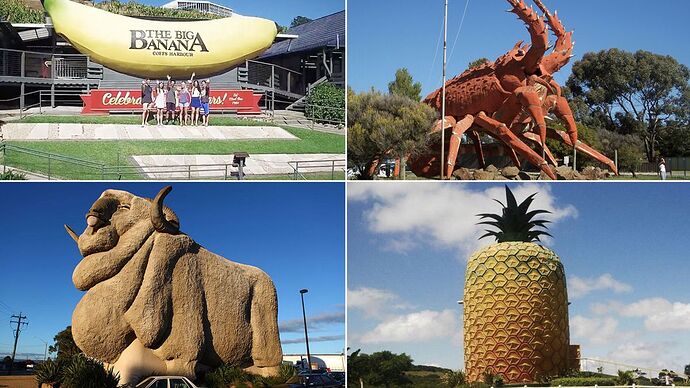 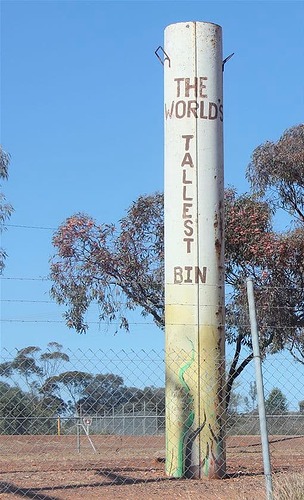 Some big Psych fans out in OZ 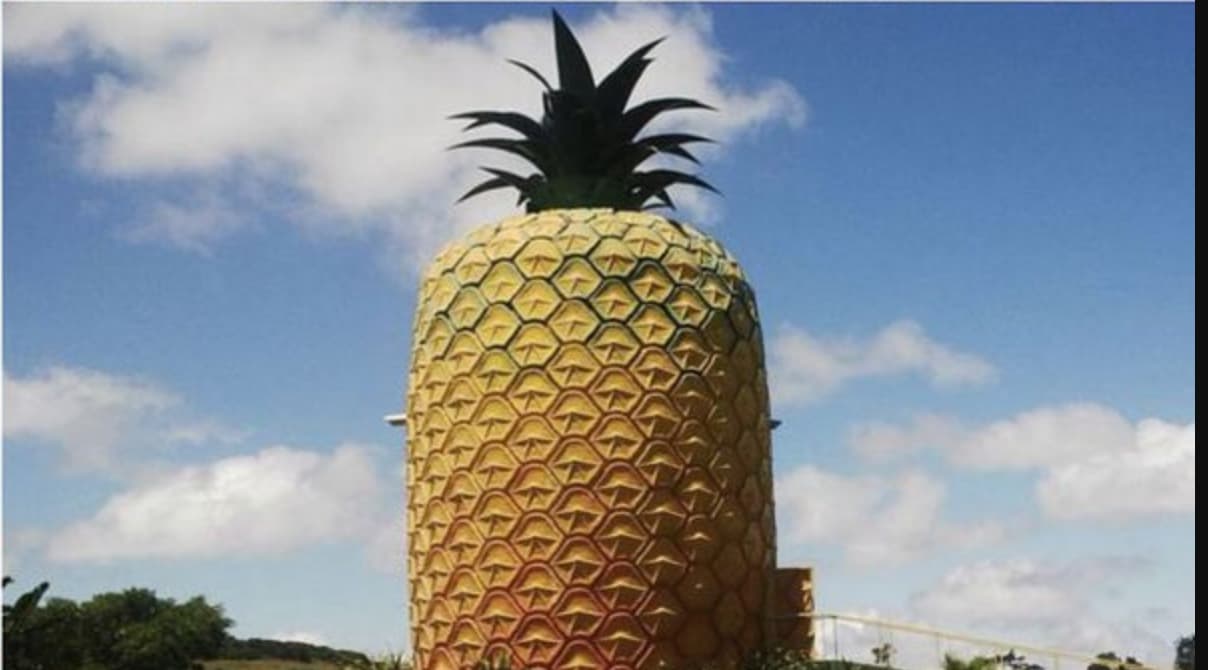 Wikipedia has a helpful page of ‘Australia’s big things’: 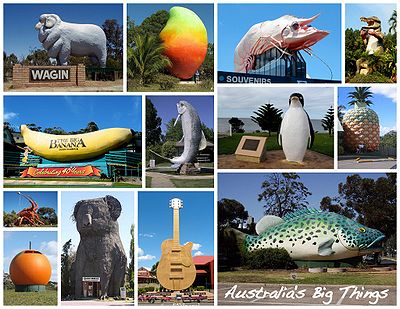 The big things of Australia are large structures, some of which are novelty architecture and some are sculptures. There are estimated to be over 230 such objects around the country. There are big things in every state and territory in continental Australia. Most big things began as tourist traps found along major roads between destinations. The big things have become something of a cult phenomenon, and are sometimes used as an excuse for a road trip, where many or all big things are visited ...

It could be the making of one hell of a road trip.

Okay, so name the date!!

here for the spinies

and she’s fucking BIGGER than the one in the OP. sorry Australia, not the largest spiny.

@teknocholer that is truly a badass pike in the first pic. 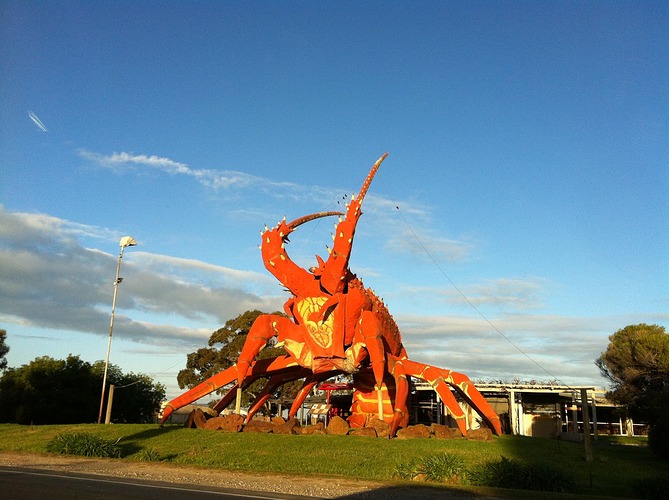 I have seen that lobster and took its picture on my first trip to Australia in 2013.

Wikipedia has a helpful page of ‘Australia’s big things’:

That page suggests that there was a kind of reverse-Spinal Tap situation with the Big Lobster:

The size is said to have been an error: the original plans were drawn in feet, but the designer misinterpreted them to be metres. 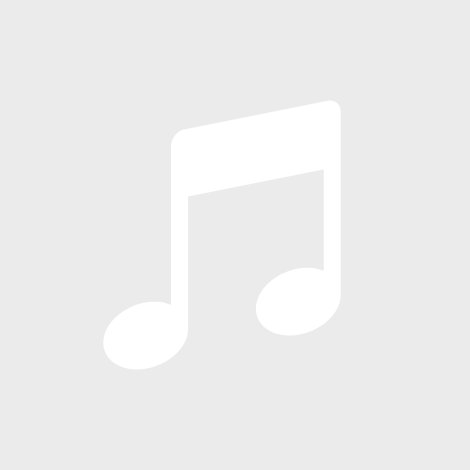 Read about Steinlanguste by Dauerfisch feat. Miss Lalavox and see the artwork, lyrics and similar artists.