There's nothing like relaxing at home with your dog

I was not prepared for that. Good show.

I wonder if that dog is a rescue, it’s possible that it could be a behavior that stems from past abuse. It’s purely speculation of course but it seems plausible to me. Could also be that the dog has anxiety problems and is uncomfortable with people’s hands going over it’s head where he can’t see them so he gets aggressive.

Regardless it’s a bad behavior that i would recommend any dog owner to work on changing with their dog. It’s not funny, it’s not cute, and it’s not acceptable. The dog can be rehabilitated or helped to minimize or change how they react.

I… think that that dog is playing.
I think it’s a pup that just isn’t that easy to tell how old he is.

No that dog isn’t playing. Imagine that exact biting behavior with a dog that’s much larger. Would you think it’s cute or funny? What if it was a child that reached over and got bit? Is it acceptable then? Likely not. Size of the dog should not excuse bad behavior.

I had to wonder to myself; “why is there no blood?”
“Why is that dog getting no good nips in that would make him pull his hand back even slightly?”
“Is he a man of steel?”

No I’ll stick with my estimation. That there is a pup with a grayish coat who thinks dads hand is the greatest toy ever invented.

My German Shepherd mix did similar play like this with me, and was a lamb with children. She was around 80lbs. The amazing thing about dogs is they know how to play, and aren’t stupid. If you have an aggressive dog get help. If you have a dog who plays its cute and funny.

I’ve been around enough small nervous dogs to know that dog is not playing. Dog might not be biting hard enough to draw blood, but he’s clearly uncomfortable when he guy’s hand goes above him and the biting behavior is one of avoidance. This is exactly the kind of flippant owner behavior that gets other people bit and dogs put down.

If you think this is acceptable then cool. I’m glad i don’t have to go over your house if you have pets.

We had a Sammy that loved to play bite, and an ex had a pommeranian-chihuaha that also did some play biting as well and the playful behavior is pretty telegraphed for both big and small dogs. It usually does not look like it does in the video, the times i’ve been bitten by anxious dogs that’s exactly what it looked like.

So glad you’re the amazing expert. Thank you for saving us. I’ll never play with my niece’s chihuahua like this again.

Anything smaller than a Jack Russel is just a mistake, I tell ya. Fuckin Chihuahuas are a pain in the ass.

Full disclosure, I have a Russel mix that was adopted from a Spanish pound. Ye gods, Shorty is one of the most chill dogs I know, though he is scared shitless by thunderstorms and fireworks. 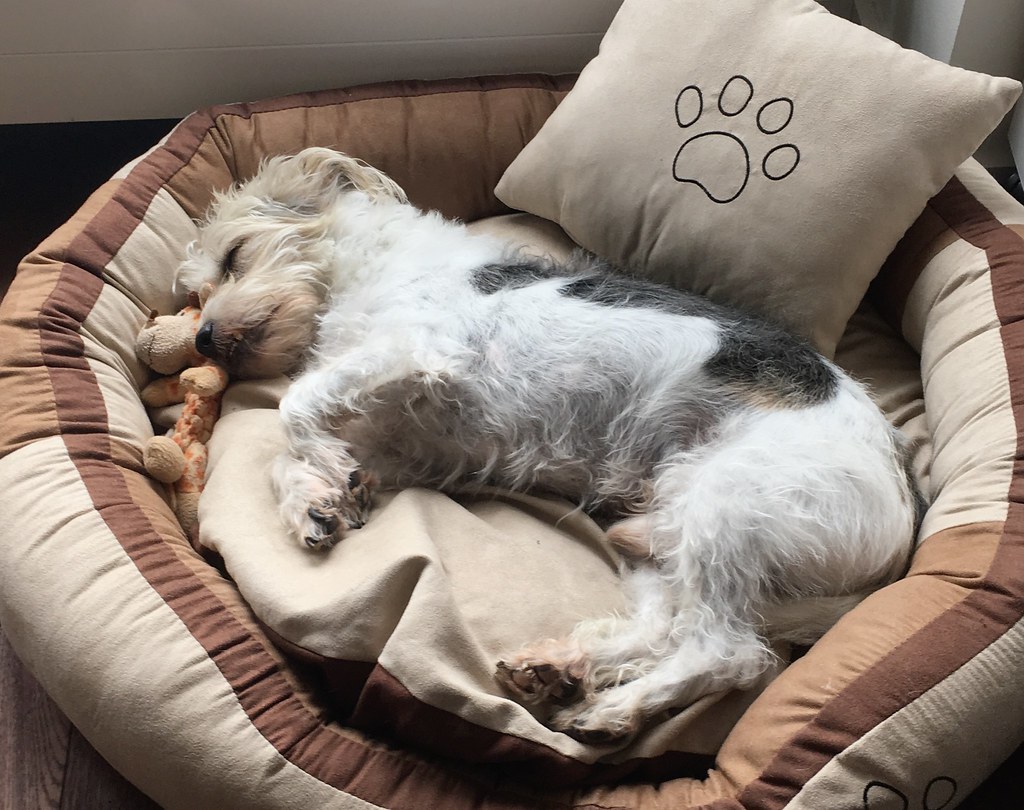 Uh, yeah…Pitties.
Two… two hands, two dogs.
Two good dogs. Both love everybody.
The little one loves dogs, children and adult humans in that order.
And, she never barks.
The older one is almost 13. He pretty much just takes it easy anymore.
His primary focus is being a good boy.

Time for a walk right now in fact.

The dogs in Spain are crazy good, I found. Most were intact (males at least), most didn’t require leashes. We weren’t there long but we saw pretty many dogs and no trouble at all.

If I had to pick just one thing that makes YouTube great, it’s funny videos where the poster frame ruins the joke

I want to see the version of this with a 160 pound mastiff.