Frustrating. Wish news sources would stop reporting on things that don’t exist yet, as if they already existed. It’s not news until they build it and prove it can work.

BTW, “Every” direction? Infinitely fewer than that!

And none of them downward from the centre, so not even meeting a loose definition of ‘every’.

And doesn’t it fit in nicely with its environment?

Joshua Tree is one of the truly great natural wonders of the southwest. Let’s just leave it alone.

Does the pattern continue underground?

So it has chairs for citrus fruit?

When I lived in a desert-adjoining region I thought that a good addition for a home would be to build a freestanding second roof above above the main structure - like a covered picnic area (pavilion) in a park, with a wide and open air gap between the primary and secondary roofs.

That way the house would rarely be in direct sunlight and wouldn’t experience the “solar oven” effect. I always liked the idea of a desert house that was either wholly or partially subterranean, or built into the side of a hill, too.

Thank you. 'Shipping containers would be great for affordable housing" is one of my pet-peeves.
Answer: 'No they bloody wouldn’t, virtually everything is wrong with shipping containers in regards to the needs of housing.

Hopefully the people who bury them at any depth, as their survival bunker, are outside when the roof and sides buckle.

That freestanding second roof is called a ramada.

Painting it white is a great idea! That way the metal sheets won’t get hot in the desert sun.

Here’s my shipping container anecdote. When I wrote the Time Machine article for Cinefex Magazine I was told by the special effects guy that the way the made the Morlocks pop up out of the ground is the buried shipping containers in which the actors hid, waiting for a spring-loaded asist to the surface,

They are less expensive than I expected.

I like shipping-container homes. They’re a potentially good way for poor people to build their own spaces, with minimal waste of materials.

This is not that.

Yeah, I think if I was building an eccentric house in the desert, I wouldn’t start with steel boxes that conduct the heat/cold of the outside, and limit the interior. (I admit that those light shaft spaces look nice, but how do you shade them from the blazing day?)

If I was in that position, I might look at materials like foamcrete/aircrete.* It should have a high insulation value. A lot of the videos use it as a wood frame/drywall substitute, nice but boring!

After all, you could easily automate turning out quantities of large foamcrete LEGO-like blocks.

Foamcrete is interesting but Lego like blocks are a bit of a no go in CA due to earthquakes.

If you’ve ever seen A Clockwork Orange or Funny Games, you know that isolated mansions are never a good thing.

As with any glassy, contemporary home…where are the curtains?

Are the containers that jut upward at weird angles actually used for something beyond fancy skylights?

That’s okay, I’ve got this! 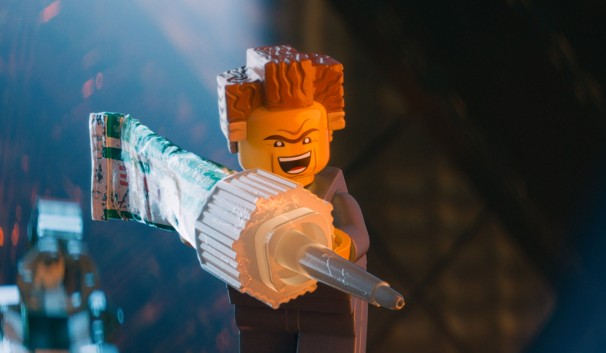 That freestanding second roof is called a ramada.

Awesome! Thank you very, very much for a very helpful reply.

I like the Reddit subreddits for architecture that prohibit renderings and only allow actual real physical structures. Just a suggestion for BoingBoing.