This five-year-old kid is a log-splitting maniac

Hard work? I would have killed for that back in the day. Fucking old axe and a wedge. Granted I was older than 5 but shit. Anyone can roll a log and push a lever. Try splitting up something with about 1 1/2 foot diameter.

Goggles, gloves and safety shoes would be reasonable.
And knowing where the emergency off switch is.
Otherwise, thumbs up!

You had a wedge?

In my day we had nothing but a rusty spoon… etc, etc.

Seriously though, I’d have loved one of these as a kid. Even the smaller log splitters or the funny Australian school project thing - aha - here 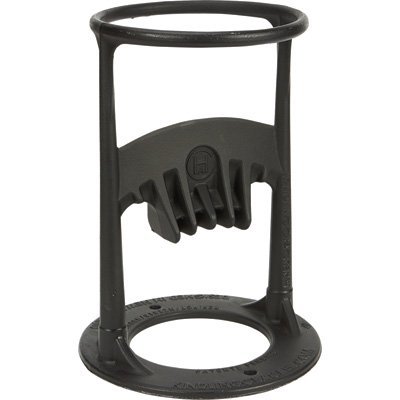 If you need to create kindling for your campfire, wood stove, fireplace or pizza oven and you don’t want to risk injury by using an axe, the Kindling Cracker is just what you need. Built in Australia ...

would have been amazing.

In my day we had nothing but a rusty spoon… etc, etc.

We would have killed for a spoon! We had to sand our logs to a size they could fit in to the fire place.

LOL. The first time your kid mows your yard is when you sit back and think, “This was all worth it…”

We didn’t have a fireplace!

We used to have to pile 't wood up in a heap in the middle of 't room and huddle round it all 12 of us, coughing and spluttering in 't smoke.

Well, I call it a huddle, it was more of a squat really.

When we were young, my brother and I had to split wood from the cord of wood we kept in back. All we had was a medium-weight splitting maul. We didn’t have safety goggles either,

“When Ayla Hutchinson was 13 years old, she saw her mother cut her finger with a hatchet while splitting kindling and became determined to find a safer way to cut firewood. This Mighty Girl from Taranaki, New Zealand took on that challenge as a science fair project – the result was the Kindling Cracker, a cast iron tool that allows people to split kindling quickly and safely. Now, the 15-year-old entrepreneur is not only doing brisk business in her home country, she’s bringing her invention to a major new market after she recently signed a distribution deal with a leading American tool company, Northern Tools and Equipment!” -Facebook

Ayla Hutchison is the young inventor of Kindling Cracker! Learn more about how she came up with the idea for a safe, simple way to chop wood for kindling.

I use her Kindling Kracker all the time because it works like a charm. Kindling from logs in minutes with little effort and no fear of losing a finger or knee cap. Soon to be an heirloom tool.

@L0ki just saw you beat me to it. Kudos!

My kids ( 4 and 7) operate all kinds of tools and equipment. Drills, saws, pneumatic staplers, pellet rifles, REAL rifles, etc. We believe in challenging little hearts and minds and hands.

When that kid reaches across the cradle, past the activation lever and puts his adorable little torso in front of the ram I want to smack cool sculptor dad in the kisser.

See?! It’s about time those goddam namby-pamby do-gooder child labour laws that’ve crippled our industries for nigh on two centuries were thrown out with the baby in the bathwater.

We were evicted and had to live in an old shoe box in the middle of the road.

We don’t have a lawn. And if we had a sufficiently large one, we’d get a robot.

Fucking old axe and a wedge

The real question is how do you sharpen that axe, and that wedge?

Filed the axe. I don’t think the wedge was ever sharpened. It was like a blunt force instrument.