This hollow mask illusion fools me every time

Originally published at: This hollow mask illusion fools me every time | Boing Boing

I tried and failed at letting it fool me.

You have good reason to be. The right-to-left shades are correctly rendered when the concave is shown but the up-down shades are manipulated to show the light source from above on the convex and from below on the concave. Our highly evolved brains are sitting ducks for this.

Who puts lipstick on the inside of a mask?

I get lipstick on the inside of my mask all the time!

It’s also presenting the mask interior with the same sort of shading as the exterior. If it was truly concave, the interior would look significantly different.

Thanks! I knew there was something off about the shading, but didn’t watch it long enough to figure it out. This seems less like an optical illusion and more like a trick.
I do love me a good optical illusion, though. When that whole blue/black vs. yellow/white dress thing went around a few years ago, I stared at it until I could get my vision to shift from one to the other. Neat stuff.

I tried and failed at letting it fool me.

I start out seeing the illusion. After about 10 seconds the image has resolved enough for me to see the interior side’s nose as concave. At that point I can’t get the illusion back! (Going away from it for a minute or two resets the perception.)

It told me that my shoe was untied and I fell for it. I feel like such a sucker.

It’s also presenting the mask interior with the same sort of shading as the exterior. If it was truly concave, the interior would look significantly different.

The famous “staring busts” in the Disneyland Haunted Mansion achieve the proper shading through some clever use of rear-lit semi translucent material. Don’t ask me how, but I’ve seen the backside of them before. Which, ironically, is the convex side. 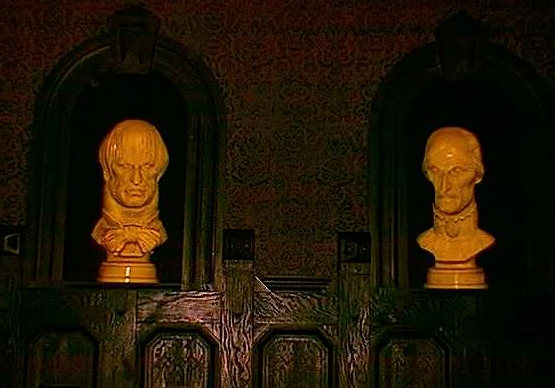 The Staring Busts are a group of ghosts haunting the Haunted Mansion. There are a total of four types of busts: one (“Uncle Lucius”) appears to be a middle aged man with a large necktie and a neck that is wider still, one is a stern-looking, older...

That was it for me too. Focus on the nose and it breaks the illusion.

If I hide all but the forehead with my hand, I can easily see the inside of the mask as such. As soon as I expose the eyes, my brain flips it.

Ran across on on Twitter that’s much harder to resolve! These are concentric circles but I can’t get my brain to see that and not spirals for more than a second or two at a time. As one comments notes, if you start with a small circle and focus on just that for a few seconds it helps but it still flips back pretty quickly. 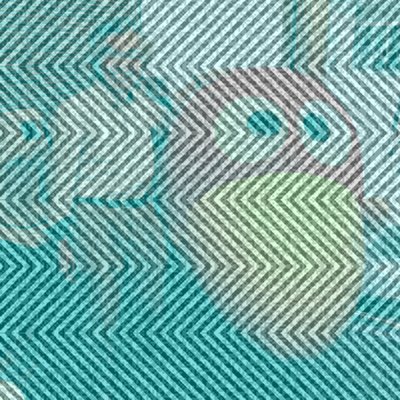 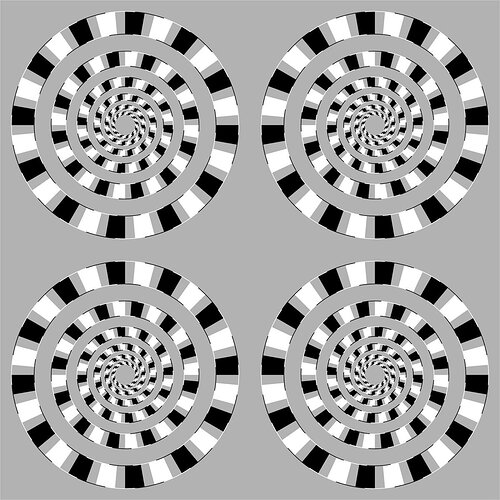