This incredibly ugly Corvette is actually quite beautiful

I’ve seen a two toned covertte before though i can’t recall what the color combination was. Still i don’t particularly hate this one though i don’t love it either. I might like a different combination of colors better but i’ve always appreciated the look of this era of the covette

That 85 mph speedo is a bit of a joke in this thing.

Black and silver is what I see most often.

I gotta say this thing is gorgeous. Though I am with @jlw in not wanting to own it because it will just be a repair nightmare all the time.

Considering how lame the final years of the C3 'Vette were, dropping a crate motor in was a good idea.

The early '80s were still more or less the late '70s, right? You have to have have a certain amount of chest hair and gold chains to be allowed to own that car. 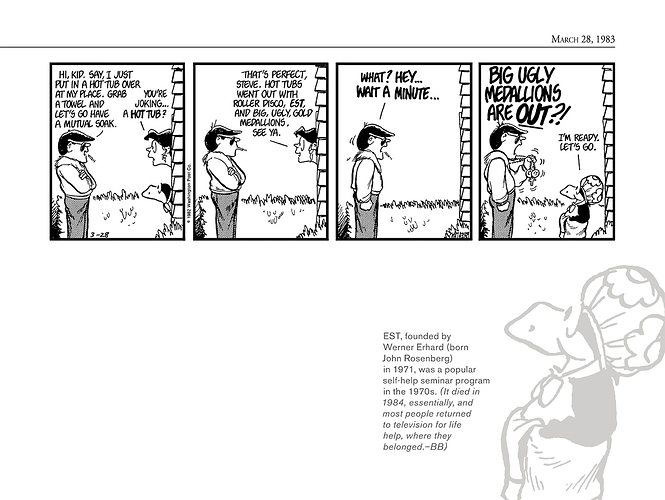 The C3’s are generally disliked but I thought they were pretty cool as a kid. I instinctively didn’t trust anyone driving one though.

which collection of Bloom County is annotated like that?

Huh!
I just saw this 4-door Corvette and was amazed. 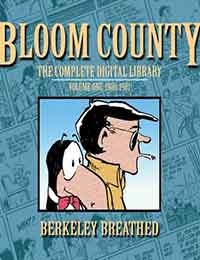 Collecting every strip from December 8, 1980, through December 31, 1981, in chronological order, with a new cover insert by Breathed. Berkeley Breathed''s Bloom County burs

It’s called the Malaise Era, especially for GM cars. The quality was as bad as the color choice.

Any C3 Vette after '72 is a trailer park Vette. This one especially would fit in just perfect right next to a broken down Winnebago.

Thanks. Reading some of those annotations makes me feel OLD.

Now that IS ugly!

I would not call that ugly.

But on so many levels, it is just wrong

That might be the one I remember seeing in one of the car magazines back in my teenage years. I’d be wary of any stretched car, though (including stretch limos).

In order to see an apartment listing in the '80s, a friend and I had to follow a realtor who drove this car. He had the gold chains and “trying too hard” sleazy attitude that was a total repellent relic of the '70s.

However, we laughed the whole way, because his giant dual exhaust mufflers were both swaying like a pair of balls as he drove along. Best mental picture of overcompensation ever!

The speedometer in all cars read to a maximum of 85 mph (137 km/h), mandated by a new and controversial federal law.

Says Wikipedia. From 1979 to 1981 apparently, in response to the oil crisis. In case other people from out of the USA are wondering how that came to exist.

I guess the “two tone” look derives from the styling exercise that presaged this era of Corvette, the Mako Shark II. It had a graduated bottom to top blue finish, said to have been inspired by a mounted Mako Shark in Bill Mitchell’s office. Hard enough to apply for a one off, a simple two tone would have to do