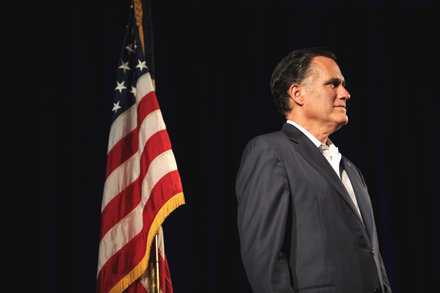 By not pursuing a third presidential bid, Mitt Romney frees up scores of donors and operatives who had been awaiting his decision.

The worst thing about a house that big?

You can’t strap it to the roof of your car.

We went and found the building site when we were in La Jolla last year.

I mean, it’s quite nice and it’s right on the beach and all, but I wasn’t impressed.

Maybe I have too high standards

There is absolutely nothing wrong with someone of means buying what they can afford. The issue is when that same person then cries poverty at being asked to give more in taxes. That’s some BS right there. Both Affleck and McFarlane said on Real Time…“I have more than I need, raise my taxes if it helps everyone else”. Its people like Romney who want to continue to lower taxes and penalties on the wealthiest and claim trickle down economics will save us all.

Mitt, it doesn’t work. Your palace in La Jolla is proof of that. You don’t trickle it down, you spend it on yourself. and before anyone claims that building that thing created work/jobs for people, lets remember exactly how much those workers make for it.practically nothing.

You don’t trickle it down, you spend it on yourself. and before anyone claims that building that thing created work/jobs for people, lets remember exactly how much those workers make for it.practically nothing.

I do not feel humiliated, because I do not expect to own a house as big as Romney’s.

Depends on how big the car is.

Surely if you actually believed in trickle down economics, you would be strongly in favour of raising wages. Make the money trickle down faster to those who work to earn it, right? No welfare involved, and you show that earning a good living is both possible and rewarded.

It’s a shame they couldn’t get one of the Clinton’s residences. Maybe they’ll make them public, once the buzz from this article goes viral.

The weird thing about comparing an actual house layout against a perfect square is that even when they have the same dimensions, the house looks pretty big. Try punching in 11,000 as your house size - because of the different geometries, it still looks smaller than Romney’s place.

Would have been cool (but also would present implementation challenges) if the blue of your house were used to fill in over the yellow Romney layout. For a residence that’s, say, 1400 square feet, you can see that your whole house fits neatly in one room of the mansion. But once you get much bigger than that, the visual comparison gets tricky

You really need to be comparing this to the house he should be living in. That house, according to google, is just shy of 55,000 sqft.

So I think Mittens would be quite justified in feeling sorry for himself.

exactly. it doesnt work…it never has.

…creates space for center-right hopefuls such as Jeb Bush.

Uh-oh, I’m pretty sure we already tried the “President Bush” thing a couple of times.

Come to think of it, there’s been at least one Bush or one Clinton in the White House almost continuously since 1981 if you count George Sr.'s stint as VP and Hillary’s time as Secretary of State. Is there a polite way to request that Jeb and Hillary step aside and let some other family have a turn at running things for a while?

If you don’t want a Bush, the Republicans had Nixon on a winning ticket 4 times.

You have to go back to Herbert Hoover in 1928 to find a winning Republican ticket without either families.

Any Nixons hanging about looking for a VP slot?

And there was that plague of Kennedys all over the place, too. For a country that went to war to get rid of a monarchy, your voting patterns sure look odd.

Of course, the UK still has a useless grandson of Churchill in the commons (and there used to be two of them).

I know of a couple of people that work that area, they are very likely not (All of them, I mean).

Nah, Mitt’s house is one thing I won’t fault him for. He’s got a bunch of kids, he almost certainly works from home, etc. A single 11,000 square foot house is pretty reasonable at that level. I’m not rich, but I want to a highschool where a lot of kids were, and my best friend’s house was almost that big. His dad was head of oncology at a major metro hospital, bought a big house with a garage apartment specifically so his three kids could have private space while going through highschool, plus have rooms for various projects (his wife ran a business, kids had bands, worked on cars, etc). They also put me up in a guest room for several months after my parents and I had a falling out and dropped out of college. Great guy. He did sell off the house once he kids were in college though. Also drove a K car.

As for his “bunch of kids”, they are fully grown adults with their own children and their own homes.