This little bluetooth speaker is $5

“It’s great for watching movies on my laptop”

It doesn’t play out of sync? Every Bluetooth device I’ve ever used introduces just enough latency to make me swear off any usage that’s tied to video. Audio-only? Cool. But I really prefer video where people’s mouth movements line up with the words they’re saying.

Caveat emptor; you get what you pay for…

Can’t you just use VLC audio sync feature to offset the audio to account for the delay?

I have just saved $5 by not buying it.

Yeah, cause that’s not a hassle…

Every Bluetooth device I’ve ever used introduces just enough latency to make me swear off any usage that’s tied to video.

I sometimes use an inexpensive BT receiver to send audio from a firestick to a stereo across the room. The lag varies widely depending on content, with none I can detect on some apps (eg youtube) to unacceptably long on others (eg Hulu). This suggests that the problem is not the BT standard as much as it is processing power and how the audio is encoded.

Honestly, I’m wary of any cheap BT speaker. I purchased one of the “shower speakers” featured here on Boing Boing almost two years ago. It lasted a week for $10. I purchased a name brand water resistant one from Best Buy for $30 and it not only sounds better, syncs better, and lasts an order of magnitude longer on a charge, but was only $30. You get exactly what you pay for with these sorts of things, and I’m never paying that little again.

Yep, I’d sooner buy this at 3x the price 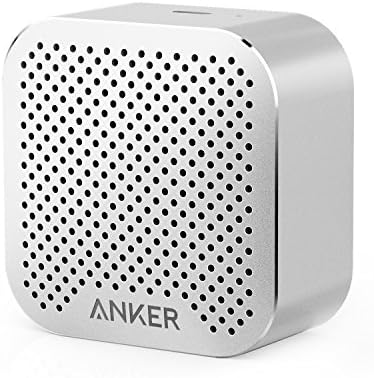 
We have two speakers from this mfr and they have great sound, get the full advertised battery life and (most important) they don’t randomly forget their pairing several times a week, like some other BT speakers and headphones I have used.
1 Like
notthatmia July 21, 2018, 1:25pm #11

I’m wondering why anyone would need a wireless speaker when watching movies on a laptop anyway. Who puts a laptop far enough away from their eyeballs that a wired speaker, or a set of wired earbuds, would not work?

The husband is in the market for a bluetooth speaker for watching TV or movies while doing dishes. The iPad safely sits on the counter, but with the water running, it’s hard to hear. A speaker that could be put on the shelf above the sink would solve his problem.

Not trying to watch something while doing dishes would also solve the problem, but…