This Simpsons parody of Death Note is peak Treehouse of Horror

Originally published at: This Simpsons parody of Death Note is peak Treehouse of Horror | Boing Boing

Agh! The Treehouse of Terror was right! Lisa has got four fingers and a thumb on each hand! 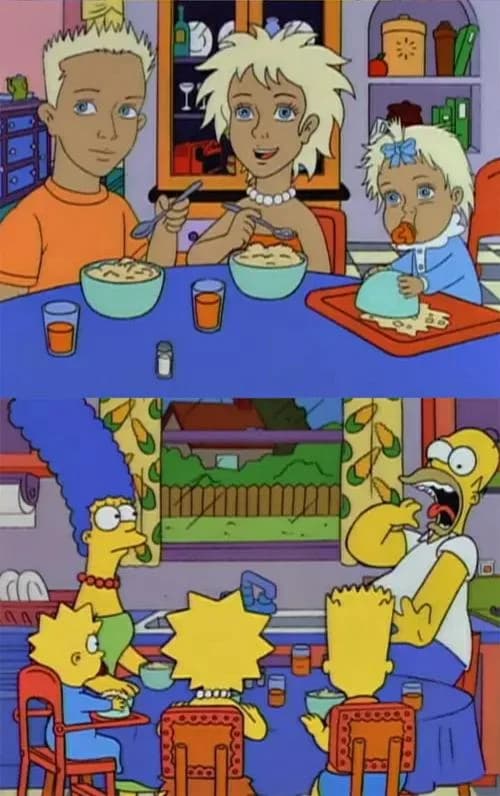 Wait - the Treehouse of Horror this year was a big retelling of IT. Was this from a previous year and I missed it?

Ohhhh! I googled it. It says the IT episode was a “bonus” one, and XXXIII is going to be an anthology one!

This Simpsons parody of Death Note is peak Treehouse of Horror

It is 2022; why on Earth are we still getting overly-hyped about trailers?

I was just watching a clip from the clerks cartoon where they did a parody of anime style (the idea was the Korean animation studio finished the episode without direction) and was kinda shocked how terrible design wise and kinda racist it was. Americans sucked at trying to do anime 20 years ago. Just in terms of getting the look right this clip nailed it. They obviously hired an outside studio that is good at this rather than have their normal artists try to do their bad version of anime. Which is a very good thing.

They hired the people who animated Death Note.

animated by the same talent behind the legendary anime.