Oh well, there are always Pringles.

Funny. They kind of look like Pringles too. Let’s hope they aren’t made the same way Pringles are (which are basically stamped and molded from sheets of potato flakes).

writing down here because I have to

That is a beautiful chip.

Oh well, there are always Pringles.

I dunno tho…the problem with using supposedly high grade ingredients (does truffle kelp even taste good?) is that it no more guarantees a superior chip than say…MSG and potatoes from a landfill.

Is this where I confess that I actually kinda like Pringles?

Is this where I confess that I actually kinda like Pringles?

Fine by me. I love 'em. Get in between me and a tube of those cheeseburger flavour ones at your own risk. 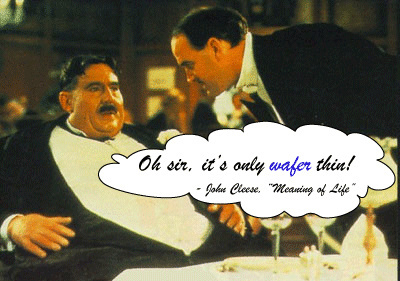 Plain only for me, thanks. I can only take so much artificialness at once.

These actually sound like a pretty good idea. Mushrooms, onion, dill, and several umami bombs on a potato chip. Kind of makes me wonder why something similar hasn’t been tried by existing chip companies. I’d buy the fuck out of mushroom and onion chips. Google says they exist, but only in Eastern Europe.

‘The potato used to make your chips was named Lykke. This is a signed tintype of her with her birth certificate, her husband Ansgar, and her spuds Valda and Raaka. Lykke was ethically peeled using only the finest silver razor crafted by Swiss dwarves deep in the caves beneath Lake Geneva.’

That’s because they are Pringles. This is the final hipster troll.

This is the final hipster troll.

I think you underestimate the levels to which hipsterdom can descend.

I think you underestimate the levels to which hipsterdom can descend.

Mr Pringles is already there. 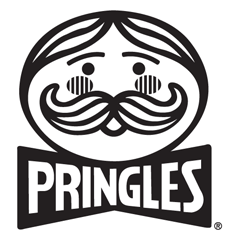 you had me at MSG and…

I think they missed a comma. I don’t believe there is such a thing as “truffle seaweed”. Truffles are delicious mushrooms. Seaweed is loaded with glutimates, including msg.

The recipe here is a lot of umami, mushrooms and herbs.

Hey, at those prices, I can eat just one!

There was a tube of Pringles on our kitchen counter today. I opened it, removed one chip, ate it, closed the tube, and walked away with a powerful sense of achievement.