Used to try these exotic flavored chips. Neat at first, but after a while, they all just started tasting like chemicals.

my son brought back some Lay’s Jamón flavored chips from Spain. Although slightly too salty for my taste, the smoked ham flavor was there. By whatever chemical wizardry they used, it did taste like jamón.

They had a cheeseburger-flavored chip on the market for a while but discontinued it all too soon. They really nailed the flavor - beef, cheese, tomato, onion, pickle, mustard. Even a hint of sesame. The only flavor (gratefully) missing was lettuce.

I wish Americans had a more adventurous palate. I’m partial to the Chestnut-flavored ones if you can find 'em. 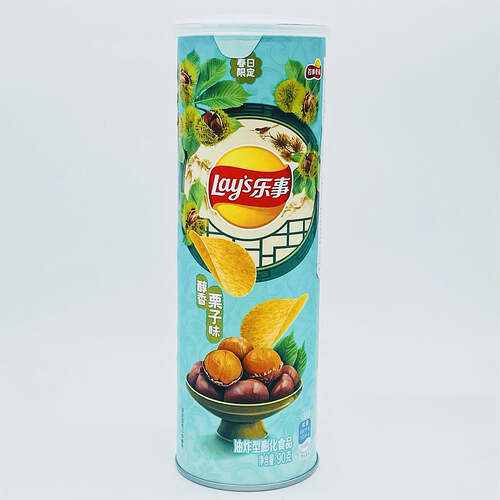 11 days ago I had a chicken&waffles pizza. It was pretty good.

There is a certain genre of shop in London, sort of a large bodega type of deal, where you can get all kinds of exotically flavored mostly-Eastern-European snacks. A lot of people love the quasi-cheetos that taste of peanuts instead of cheese, but the mushroom potato chips are my favorite. They taste of canned cream of mushroom soup. 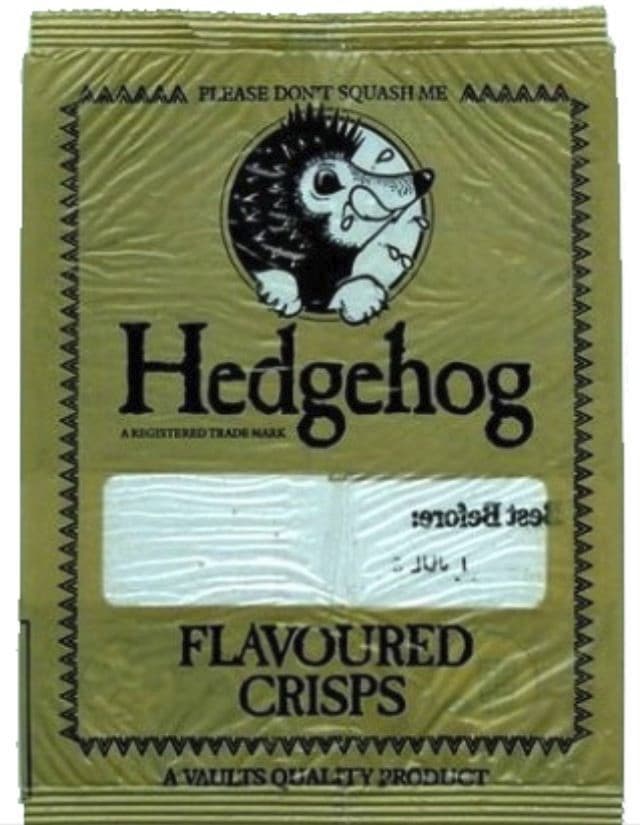 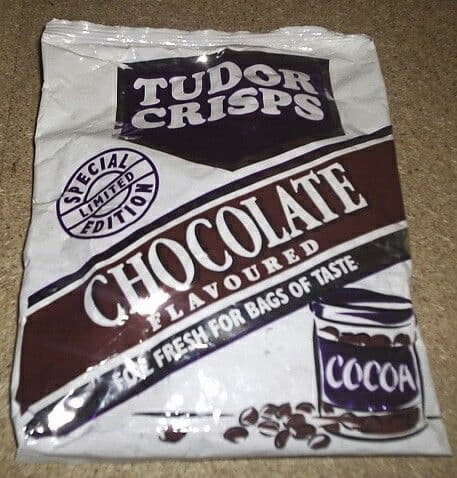 I remember back when Doritos was doing a ‘mystery flavor’ thing and the bag I bought tasted just like a Burger King Whopper to me, it was surprising. I enjoyed that first bag, but never considered them to be more compelling than other options.

Don’t you DARE poke fun at our uniquely national flavour of potato chip! 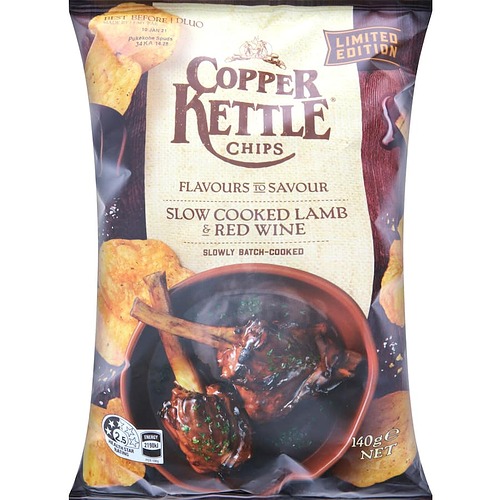 I got Lobster flavored Lay’s at a little bahn-mi sandwich shop near me. They were just okay, didn’t taste much like lobster. But I would like to try more of the various Kit-Kat flavors available in Asia!

Every time I buy potato chips from an Asian country I am disappointed. No matter how appetising the flavour sounds, it is always sweet rather than purely savoury. I have never had Chinese chips, though. Is that a problem there as well?

However, I currently have the following flavours of potato chips at home, which I bought in a French shop:

. A lot of people love the quasi-cheetos that taste of peanuts instead of cheese

Erdnussflips are like Germany’s number one snack. (Probably not true anymore)

I remember trying to “BLT flavored” chips that Lays put out for a while here in the states about 5 years ago. They were ok, but the way that you could very distinctly and strongly make out the flavor of iceberg lettuce was…unsettling

Every time I buy potato chips from an Asian country I am disappointed. No matter how appetising the flavour sounds, it is always sweet rather than purely savoury. I have never had Chinese chips, though. Is that a problem there as well?

Although Chinese sweet beverages can potentially induce Type II diabetes in one sip, I think the snacks/desserts are quite a bit less sweet than the US norm. I don’t recall any potato chips that were especially sweet.

My first few weeks in China, I suffered severely from food jet lag. I am an unadventurous eater and the company ‘cafeteria’ provided my sole source of nourishment, three meals a day.

When i discovered the ‘store’ in the cafeteria I could not help but indulge a bit and brought a coke (sans ice) and some bbq chips back to my office for some me time.

The chips, however, tasted like meat. Fried potatoes tasting like dead animal…the unexpectedness and fakeness really dampened the experience.

The chips are gone but the trauma has lingered. 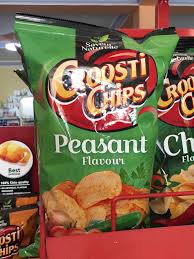 Walkers in the UK had some interesting ones, sausage roll (almost all meat flavoured ones just use milk extracts, so they’re actually vegetarian), brussel sprout, lamb and mint sauce, and haggis…

Found this while searching to see if my memory was working or not: 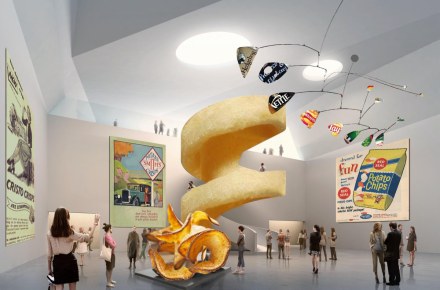 A history and catalogue of flavours of the potato chip

the peasants are revolting.

You said it! They stink on ice!