I was looking through my old posts and happened to find this. It’s probably just a fluke, but I thought that maybe I should bring it to someone’s attention in case it is indicative of a larger problem.

Say it with sea otters boing 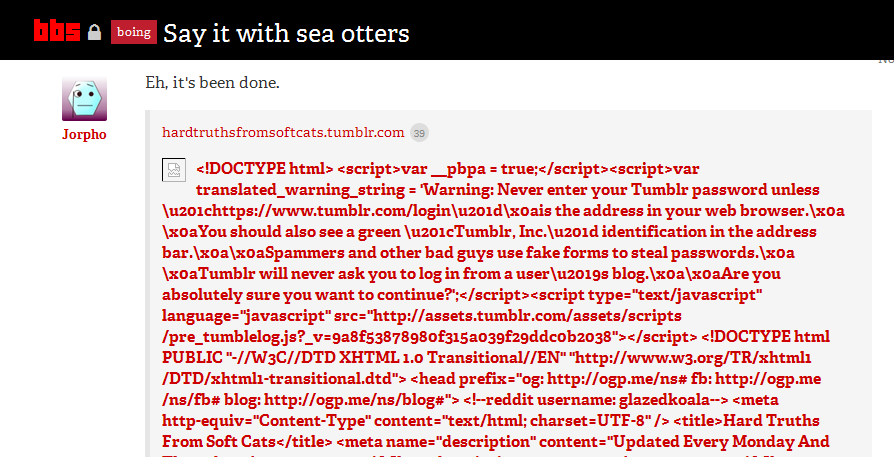 ok, have this reported on meta, we will sort it out.

As noted on Meta:

The problem is at least only with this particular user’s Tumblr page. Other pages embed fine.

Looking at this some more, this particular tumblr does not include <html> tags anywhere. It also includes doctype twice, and has a <script> as the first element of the body. (After the first doctype.)

Say it with sea otters boing

Eh, it’s been done. On the other hand, that’s no longer being updated.

Welcome to finanical advice from cats! We're going to teach everyone about buying financial...

This topic was automatically closed after 1060 days. New replies are no longer allowed.