Time-lapse map of the colonization of Africa

Originally published at: Time-lapse map of the colonization of Africa | Boing Boing

Loved this map. Erstwhile Boing-boinger Cory Doctorow observed the other day that World War I began because the European monarchs ran out of newly-acquired colonies to send their large adult second sons to rule.

Alright… I do have an issue right out of the gate… I think Europeans (especially people in southern Europe) were familiar enough with Africa to know that west Africa was wealthy with gold and salt… Southern Europe was the most wealthy, powerful, and connected of kingdoms at this time, and there was STILL an ongoing war for control of the Iberian peninsula with the Islamic kingdoms (who were slowly being pushed out)…

But overall, a decent overview of colonization of that continent.

Interesting video- it crams a lot of information into a small amount of time. The only thing I’d question is that they don’t show the Boer republics as a form or European colonialism which seems very off-base.

Also, the Ottoman attempts to control north Africa are somewhat missed given the choice of start date.

They did control much of north Africa for several centuries, actually. Leaving out the Ottomans is a huge oversight, in fact, give how dominant they were in North Africa until the 19th century. But that would disrupt the narrative of European dominance, so…

So yeah… a problematic video is many ways, although it’s giving a 10,000 foot view. 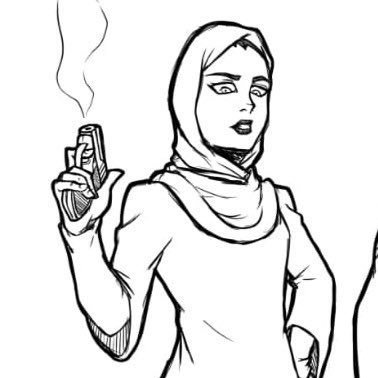 @AliceAvizandum
They saw a territory that was so unsustainable that it was starting to erode and collapse in front of everyone’s eyes and it reminded them of home twitter.com/OranjeSwaeltji…

The only thing I’d question is that they don’t show the Boer republics as a form or European colonialism which seems very off-base.

This was the first thing that jumped out at me, too. A huge void being displayed was weird. They could’ve shown what was there before, and then shaded areas with the colors of the various European powers. Suddenly, Egypt appears in 1886, like it was just founded or something.