Time Warner infringement of Church of the SubGenius intellectual property

Since we are bringing up TWC and cable companies in general, I’m just gonna say this:

Now back to your regularly scheduled comments.

Dear Warner Brothers:
Apparently there is more than one way of conquering a city and holding it as your own. For example, up to the time that we contemplated making this picture, I had no idea that the city of Casablanca belonged exclusively to Warner Brothers. However, it was only a few days after our announcement appeared that we received your long, ominous legal document warning us not to use the name Casablanca…I just don’t understand your attitude. Even if you plan on [re-]releasing your picture, I am sure that the average movie fan could learn in time to distinguish between Ingrid Bergman and Harpo. I don’t know whether I could, but I certainly would like to try.

–from the infamous correspondence of Groucho Marx, replying to Warner Brothers threat of legal action over A Night In Casablanca. And, yes, I know the full story is much more complicated.

One time in the early 2000s, Gamespot used Dobbsheads, pipe and all, in Fathers’ Day advertising.

Now I guess I need to go to a Sprint store and rob them for them to stop sending me bills.

It’s a balance too large to write off, and too small to auto-cut a check for.

A quarter one time is cheap to remain an ongoing cost to a company you might not have liked.

Considering that the Dobbshead originated with clip art, doesn’t that make a claim of ownership a little iffy?

TWC and Comcast still suck, though.

This may interest you: 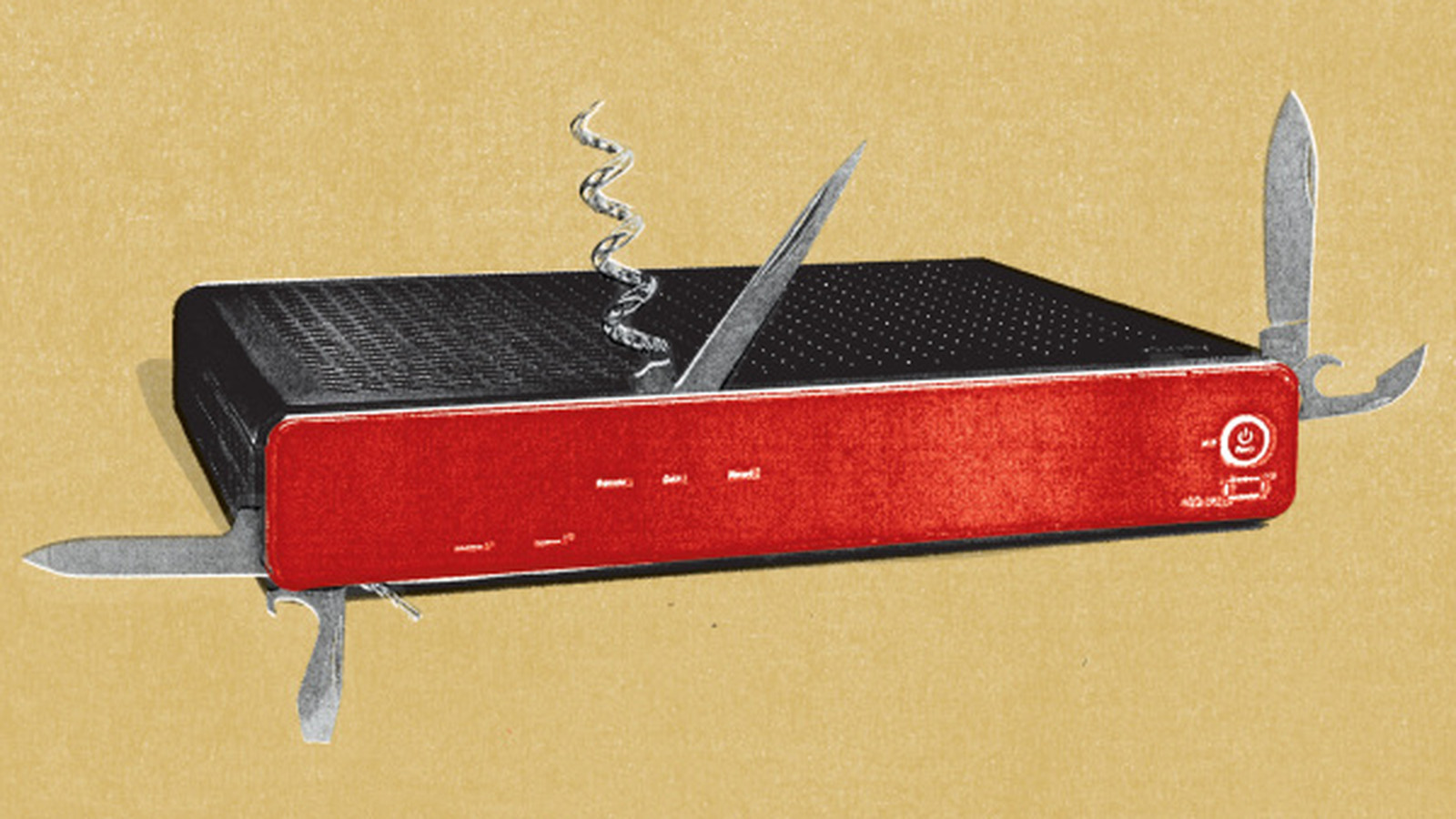 It's Time to Unlock the Set-Top Box Market

I often slightly over pay companies as a fuck you when closing my account. Working (tangentially) in the computer billing business I know that carrying forward a balance of $1 or less drives them crazy and costs them money.

If a company has treated me well I close out the balance exactly, but others can continue to incur a cost of $5-6 a month or more to process and mail me a statement that I will never open or cut a check at some point in the future.

Bank of American once pissed my off so I just ended up overpaying by account by $0.09, deciding to leave the account open but never doing business with them again.

I still hate them, but I have to admit that I got years of enjoyment every time I got my balance statement for $0.09 and seeing the postage on the envelope.

Considering that the Dobbshead originated with clip art, doesn’t that make a claim of ownership a little iffy?

Didn’t DEVO use that head on some of their album art?

Didn’t DEVO use that head on some of their album art?

Well Mark Mothersbaugh did contribute to the great Book of The Subgenius.

I have to agree, they’re just two similar looking black&white drawings of a face.

Meh. A day late and a dollar short. Considering the cable companies have been allowed to go this far I don’t see how you are going to put their genie back in the bottle. We had Cable Card and no one wanted anything to do with it. I see this as no more than lip service because a lot of people feel like I do.

And we don’t need to unlock anything. I don’t want another damn box I have to have another remote for (PVR/DVR withstanding)…that shit should have stayed in the 80’s.

The cent-balance bank accounts tend not to last years and years. Eventually they just delete all those accounts by calling them “inactive accounts”, charging you exactly the balance in your account (“inactive account maintenance fee”), and closing it out. They can do that because banks. Still, it’s no harm to you and kinda fun.

I still have my T-Mobile account owing me a few dollars for about a year now.

Seriously though people… there’s no damn pipe! How in the hell could it be THE J.R. “Bob” Dobbs???

It would be difficult for CotSG to pursue an infringement suit as, though the Dobbs image did originate from some form of 1950s clip art, such materials were copyrighted and typically had some sort of use license at the beginning of the clip art book. CotSG didn’t start using the Dobbs image until 1979 which raises the question of whether or not the image had passed into the public domain, If it passed into public domain… hooray… everyone gets to use it. If it didn’t pass into public domain then CotSG infringed on the original copyright holder. Also note that CotSG has played pretty fast and loose with this one. Sometimes they claim it’s a copyrighted image. Sometimes they claim it’s a trademark. Sadly, it can’t be both. [Pick one or get none.]

So… let’s pretend CoTSG really does go ahead with a trademark infringement suit against TWC. The first problem for CotSG is that they have to show they’ve attempted to stop prior instances of infringement and also show instances in which they gave permission for use (they have to show that they /actively/ attempted to defend their rights to their intellectual property. The second problem is that TWC has deep pockets and as this would be civil litigation TWC would simply outspend CotSG on their weak claim.

The situation is slightly better if CotSG claims that the Dobbs image is a derivative work (maybe Stang added the pipe later) but as the original image (which probably did have the pipe) was owned by someone else (original copyright holder a.k.a. The Yellow Pages a.k.a. AT&T) and probably not in the public domain way back in 1979 then there’s a prior claim (by Ma Bell).

Anyway… it’s all just a weak attempt on the part of CotSG to get a little attention and pretend to be relevant again.