François Clemmons remained on the show for many years later and spoke of Rogers in loving terms in “Won’t You Be My Neighbor”.

It shows how damaged I am that my first thought was the expectation that fascist trolls and conservative pundits will use the film as an opportunity to spray diarrhea all over the very concept of Mr. Rogers’ Neighborhood for helping us get in touch with our feelings and promoting “liberal ideas” like “it’s OK to cry.”

“won’t you eat shit?” is my response to the right-wing fred rogers haters

Right now the only thing that has kept our society from completely collapsing into full-blown cannibal apocalypse is that neither Fred Rogers nor Tom Hanks has yet been implicated in any of the #MeToo scandals.

that just was pointed out for the TG: Maverick trailer wherein Mav’s bomber jacket patches were altered to appease the China market.

Those sorts of choices are meh IMO. I don’t feel they effect the overall feel or message of a film. It’s not like trying to shoot in Toronto and then pass it off as downtown Vegas in the 1960’s or something.

On the other hand, in these dark times I’m up for whatever it takes to spread Fred Rogers’ message to the widest possible audience.

The great things about PBS is that his message was amazingly unfiltered. I wouldn’t expect the same form a biopic. Luckily if we want to spread his message, he left behind a wonderful corpus with which to do it that does not require fictionalization.

that just was pointed out for the TG: Maverick trailer wherein Mav’s bomber jacket patches were altered to appease the China market.

Hollywood screws it up because it doesn’t understand what’s wrong. All they had to do was mix up the patches up more, or give him new patches, or do anything with the jacket other than “exactly the same but without China’s enemies” and it wouldn’t have been so excruciating a problem.

Right now the only thing that has kept our society from completely collapsing into full-blown cannibal apocalypse is that neither Fred Rogers nor Tom Hanks has yet been implicated in any of the #MeToo scandals.

Yeah, but the whole thing about unintentional statuary rape in that movie “Big” was kinda weird. Think if the genders between his character and his girlfriend had been reversed in that movie. That aspect of the movie doesn’t age well.

I’d love to see the movie, but I can’t bring myself to do it. Having been exposed to Fred Rogers nearly all my life, I’m unfortunately a purist, and consider his character to be simply un-playable by anyone other than the man himself.

True, but that to me is the sort of inconsequential stuff that really has zero bearing on the film itself.

Let’s assume for a moment that TG:M is as good of a flick as TG (assuming you liked TG in the first place - which I did). If the patches on his jacket not matching exactly ruins the film for you, then my words to that person are “ok, you weren’t gonna like this no matter what” because that’s akin to finding “the love of your life” but then saying “but…I couldn’t love them fully because they had a small heart tattoo on their left ankle”…we really gonna nit pick that sort of crap that don’t matter?

I am still afraid to see Won’t You Be My Neighbor? because I know that I’d be sobbing uncontrollably throughout the film. I don’t know if I can take that much emotion.

You will cry. I did.

i did too. unashamedly, because EVERYONE in the theater was crying watching that movie. it was a good thing.

I don’t think I’ve come across a voice before that seems to issue from the Uncanny Valley. It does sound like he is doing a bad impression rather than acting.

Uh, okay. Why? He looks the part, seems to play it wonderfully, and is a much beloved actor.
And who would you cast in the role?

Here’s Diane Rehm’s interview with him in 2016, Diane’s comment about 1:25 in is worthwhile. 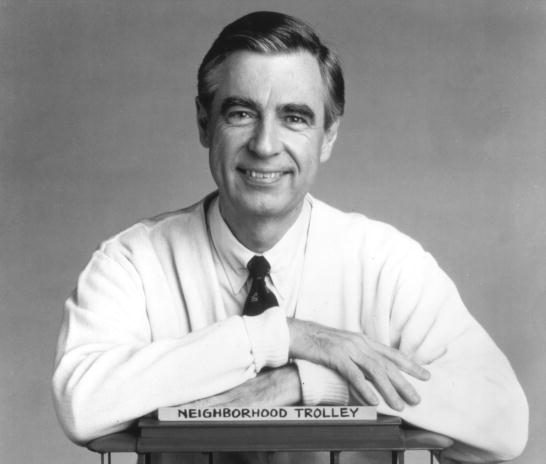 Diane speaks to Fred Rogers, a pioneer in educational television for children, about parenting. 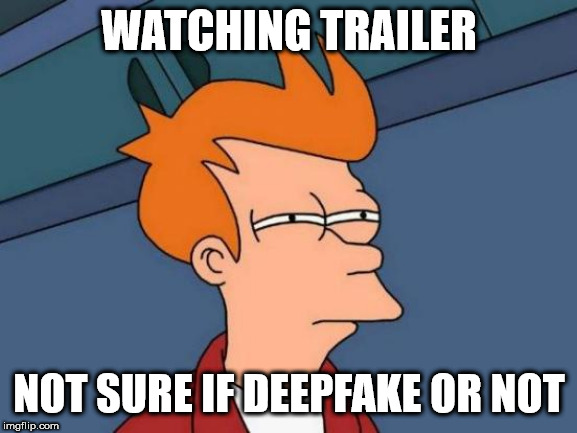 I wonder if Daniel Day Lewis declined the role. What a trip that would be if he played Fred Rogers.

Here’s Diane Rehm’s interview with him in 2016

There’s an interview with Fred Rogers from 2016? That’s quite the exclusive!