TOM THE DANCING BUG: The Unicorn Whose Tears Were 1976 Ford Fiestas, and more Super-Fun-Pak Comix

Kittens Reciting Dialog from Blade Runner should be a bot.

When I saw this title, I guessed it was the work of one of your algorithms!

Years ago, I wanted to do a one-man show of “Apocalypse Now” with all the roles “played” by toys - not GI Joes or Barbies; bears, dogs, bunnies, balls, etc. Heat cranked up in the theater, too. Never got around to actually memorizing the whole script.

This should be a Tumblr bot or something. Wouldn’t be “hard” to do. 'cept I’ve never Tumblr’d.

Wake up; time to die!

Oh noes, the “Share This” thingy is obscuring some of the art. Won’t someone please think of the children? 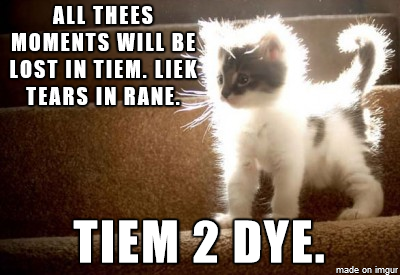 I’m surprised Hates-Crime Man wasn’t hanging out with his friends at the diner. 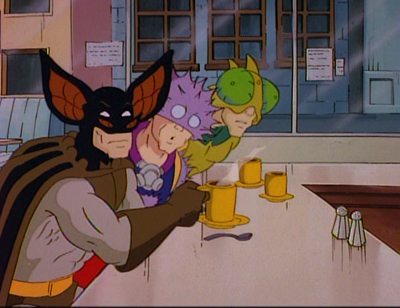 Oh, what is that on your jacket?

I regret to state that I spent my lunch surfing the web instead of building this.

Willie Wealthy reminds me of why Richie Rich never really retained his popularity beyond the worshipping-the-rich-for-their-ostentatious-displays-of-wealth years of the Reagan administration. He was like Robin Leach for kids.

I thought it was because he realized how hollow the pursuit of money really is and took his own life. 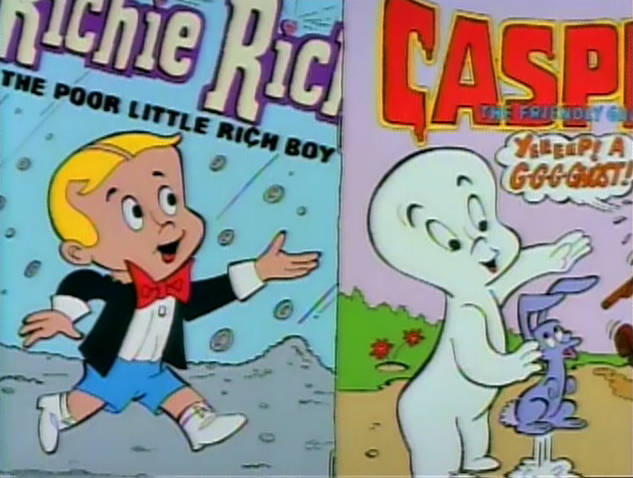 I thought Casper was the ghost of a fetus.