They have literally had Ford’s entire term to pull themselves out of denial. During the election it came out that Ford was arrested for drunk driving once, his response, rather than, “Yes, I made that mistake in the past and have not done it since.” was “Come on, I only had a couple of glasses of wine” (he had had a bottle and a half of wine). Ford could literally skin puppies in city hall and it would make no difference.

The problem is that Ford hasn’t fixed the city’s “waste” at all. He inherited a surplus budget and has increased the surplus largely on the back of conditional grants. When KPMG made their report on how to “cut waste” Toronto ended up adopting virtually none of their suggestions. And the few the did adopt saved the city a tiny amount of money while jeopardizing things that people in the city use.

The Province of Ontario requires all cities to file Financial Information Returns which can be viewed here: http://oraweb.mah.gov.on.ca/fir/welcome.htm

Rob Ford as the guy who cleaned up Toronto’s finances is a myth. In fact, the idea that Toronto’s finances needed cleaning up is a myth. Look at the FIRs for a few years before Ford was elected. To be honest, I’m not sure if these myths would be able to sustain themselves were we not so distracted by Ford getting drunk in public or sending hired goons to extort crack videos from drug dealers.

Perhaps Ford really is the right man for Toronto.

Maybe it’ll snow in Toronto soon and Mayor Ford can call in the army to dig it out like the last right-wing mayor did.

Of course, while people love to mock that decision, Toronto really didn’t have the capacity to handle the amount of snow that it received in those 2 weeks. Over 1 metre of snow fell in a 2 week period. There was so much snow, and snow banks were so wide, that the plows (and, as a result, emergency vehicles) could no longer get into side streets. Just for reference, here’s an article from last year giving some numbers on snowfall in Toronto (average YEARLY snowfall: 130 cm. amount of snow that fell in the first two weeks of January 1999: 118.4 cm. Is it any wonder the city’s snow removal resources were overwhelmed?). Mel Lastman was an absolute joke of a mayor, but his decision to call in the army on that occasion, while seemingly silly to the rest of the country, wasn’t actually THAT silly.

Never heard of the event, but it doesn’t sound silly. When ambulances and firetrucks can’t get where they need to go you call in whatever resources you possibly can, don’t you? Soldiers with shovels seems pretty reasonable.

And yet I can find no other stories where a Canadian city has had to call in the army to rescue them from a snow storm. Everyone else manages to deal with it.

And you can tell this from his descriptions of your Mayor? Also, you should take note that using politically charged terms (i.e. “leftards”, so original!) will likely result in your having even less people to be around.
Besides, if you think the Mayor Ford stuff is bad, wait’ll you see what he says about bananas…

My single experience with a bad snow storm was in Seattle a few years ago, and we really really could have used the Army or something. I can see where in the snowier climes it could be otherwise.

It wasn’t just one storm - it was over a meter of snow in a 2 week period. I don’t know of any other cities in Canada that have received almost their entire year’s average snowfall in a 2 week period. And according to this article in the star, part of the reason they called in the army is because the army had specialized snow plows that could get onto the streets that Toronto’s normal snow plows couldn’t get onto. I’m the last person to defend Mel Lastman’s record as mayor, but there are FAR more ridiculous things to call him out on than having to call the army because the city was entombed in a year’s worth of snow. Remember that time he said he was afraid to go to Africa because he didn’t want to end up in a pot with natives dancing around him in a circle? Now THAT was a classic.

The fact remains that Mel Lastman didn’t just call for the army, the army actually came. Apparently someone thought this was a reasonable request.

It’s kind of the Army’s thing isn’t it? I mean if a civic leader calls for the Army they kind of have to come in my mind.

Wow, I wish that was the army’s thing (instead of incinerating foreigners, say). While I do agree that the army would tend to be responsive to such requests, it isn’t like they take orders from the Mayor of Toronto.

And now he admits it, but it’s okay, because he was too drunk to remember. 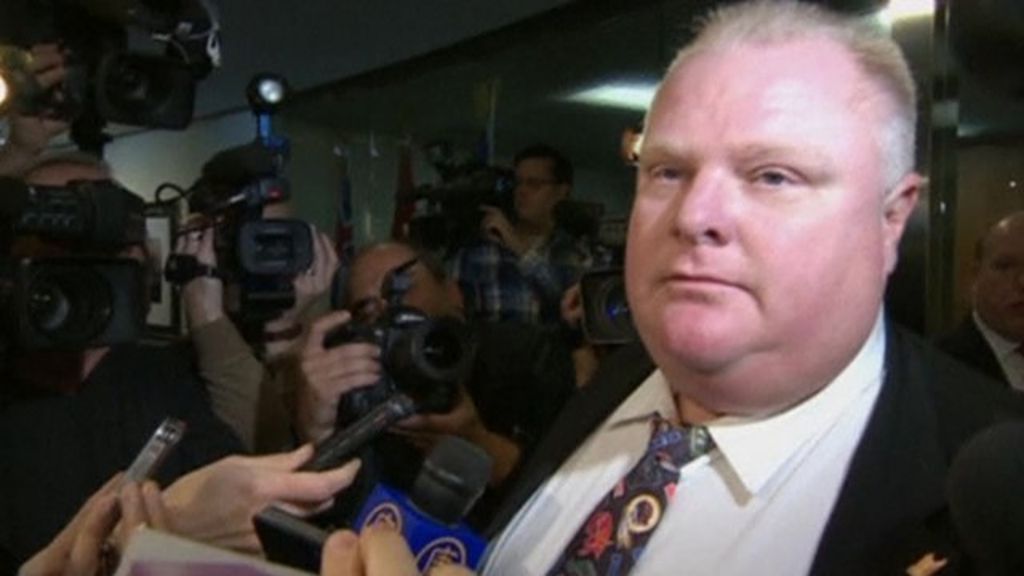 Toronto Mayor Rob Ford admits smoking crack cocaine in a "drunken stupor", despite denying he had taken the drug.

Touché. And you’re right - London didn’t call in the army. Instead, they just pulled in plows from a whole shitload of other municipalities (Sarnia, Ingersoll, Woodstock, Stratford, Guelph, and others), so that they wouldn’t get made fun of the way Toronto did . Would that have worked in Toronto in '99? Maybe. I don’t know. Toronto is a hell of a lot bigger than London, though.

Although, according to the Weather Network, Victoria did have to call in the army (and not for the first time, though it was the first time since 1916). Interestingly, I can’t seem to find all that much online about that blizzard.

In the other direction, but still a landslide.

Incidentally, when you characterize arguments you don’t like as “shrill” and “whiny” most of us can see that you’re just dissembling. There’s no content to such accusations; even assuming that you’re accurate about the tone of the delivery of the argument (and there’s no reason to assume that) that tone has no bearing on whether it’s actually a worthwhile argument.

To pull off “counterproductive” you’d have to make some sort of argument of your own that it’s actually the case.

has contributed to putting the leftards back in their place

There’s a real nastiness to Cory.

Poe’s law strikes again. I honestly can’t tell if this is brilliant satire or straight-faced commentary.

It’s tough to compare directly, but in terms of land area, London isn’t much smaller than Toronto. I’m sure Toronto has more kilometers of road to plow and less places to dump the extra snow though. Those of us outside of London mock them for not being able to handle snow too. In that CBC article, Lucan got half again as much snow as London and I bet they didn’t call in reinforcements from anywhere.

Toronto: just as wussy about snow as Victoria :trollface:

Also, to get a little back on topic, here’s a picture of Rob Ford.

Incidentally, when you characterize arguments you don’t like as “shrill” and “whiny” most of us can see that you’re just dissembling.

As opposed to when you simply refer to someone as “Laughable Bumblefuck”? Or is that OK because you’re not even pretending to have an argument?