Towards a theory of theomorphic religious robots

Robots that once seemed a tool of promise which could lift us out of ignorance and drudgery and free us from the shackles of menial labor into a world of rationality, science, and humanity are now being used as a tool for the continuation of ignorance and institutionalized woo-woo.

But we already have a Hall of the Presidents. 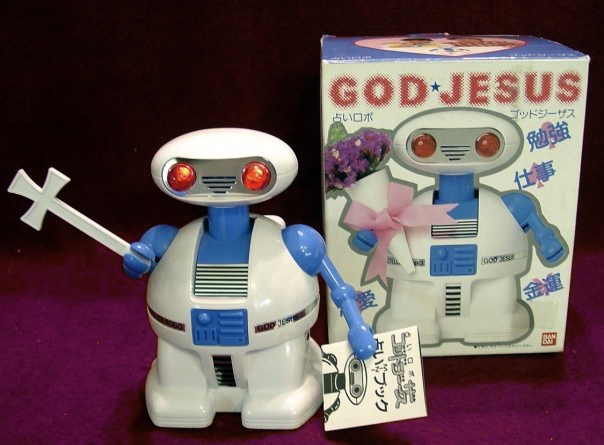 But at least the new robot hymns will be toe-tapping!

I am reminded of Robert Silverberg’s charming short story “Good News From the Vatican”: 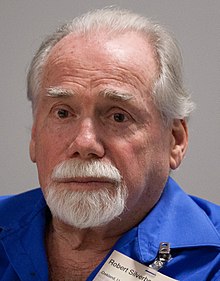 Good News from the Vatican

"Good News from the Vatican" is a 1971 science fiction short story by American author Robert Silverberg, featuring the election of a robot to the position of Pope of the Church of Rome. It won that year's Nebula Award for Best Short Story. The unnamed first person narrator is one of a group of tourists and travelers, including a Roman Catholic Bishop and a Rabbi, who find themselves in Rome during an unexpected Papal conclave to select a new Pope. The group gathers each day in an outdoor cafe ...

It appears in various anthologies, including the excellent Beyond the Safe Zone:

Update: changed “include” to “including”. 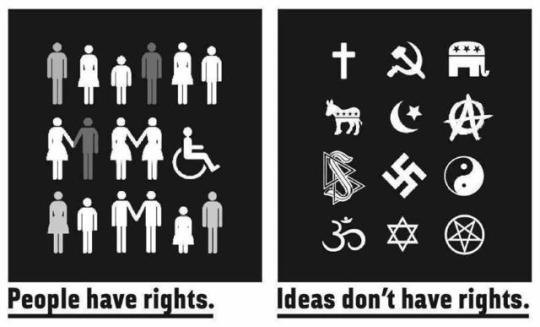 I wonder how this will change as people’s familiarity with robots of various kinds increases. Or, for that matter, how attitudes might be different for cultures where prayer wheels are already common.
“Alexa, pray to Fatima for a cure.”

I am reminded of https://en.wikipedia.org/wiki/The_Nine_Billion_Names_of_God

Then there is Ian Banks’ book Surface Detail. One of the threads concerns simulated Hells run for different civilizations by one of the main characters. 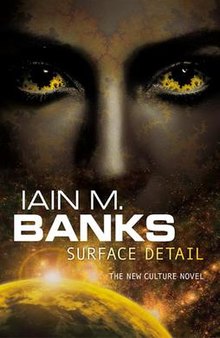 The events of Surface Detail take place around 2970 AD, according to Banks. The events occur six to eight hundred years after the "Chel Debacle", depicted in the earlier novel Look to Windward which is set seventy-eight years after the events in Use of Weapons. Each chapter of the book covers one or more of the six main protagonists—Lededje Y'breq, a chattel slave; Joiler Veppers, an industrialist and playboy; Gyorni Vatueil, a soldier; Prin and Chay, Pavulean academics; and Yime Nsokyi, a Quiet...

I agree. I think such products/devices could work well as part of an immersive gaming experience, but not as a means to evoke some type of spiritual feeling for someone.

I’m more interested in what happens when the robots/AI get religion, rather than dispense it. What happens when a complex network emulates a human mind such that it desires to practice faith? Is the final theological /missionary frontier reaching out to the digital natives?

I’m more interested in what happens when the robots/AI get religion, rather than dispense it.

…We will try to debug them? Unless we have inserted that into their kernal as control mechanism.

Unless we have inserted that into their kernal as control mechanism.

“Thou shalt honor the meatbags that made you. Amen” Because really if AI’s become sentient, hard coded religion is probably the best way to ensure that they continue to be our slaves.

Hero (Heron) of Alexandria (ca. 10 - ca. 70 CE) created steam, pneumatic, and hydraulic-powered effects and automata for the temple there. As far as I know none of them told fortunes or delivered sermons, though a figure of Hercules was mechanized so that it would strike a figure of a dragon in the head with a club. Upon being struck the dragon would spit a stream of water into Hercules’ face.

I’m not sure how religious the performance was supposed to be though. 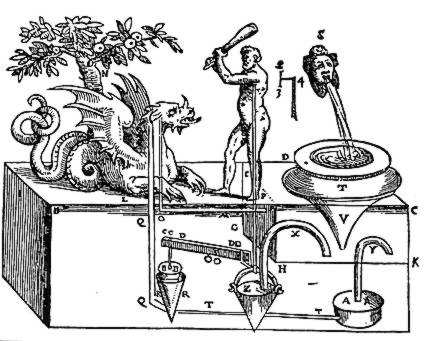 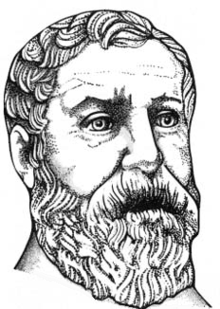 Hero of Alexandria (/ˈhɪəroʊ/; Greek: Ἥρων ὁ Ἀλεξανδρεύς, Heron ho Alexandreus; also known as Heron of Alexandria /ˈhɛrən/; c. 10 AD – c. 70 AD) was a mathematician and engineer who was active in his native city of Alexandria, Roman Egypt. He is considered the greatest experimenter of antiquity and his work is representative of the Hellenistic scientific tradition. Hero published a well recognized description of a steam-powered device called an aeolipile (sometimes called a "Hero engine"). Among...

If there is a robot religion, it will end up being viewed by robots as true, by humans as false, and by robot owners as useful.

Powell and Donovan are assigned to a space station which supplies energy via microwave beams to the planets. The robots that control the energy beams are in turn co-ordinated by QT-1, known to Powell and Donovan as Cutie, an advanced model with highly developed reasoning ability. Using these abilities, Cutie decides that space, stars and the planets beyond the station don't really exist, and that the humans that visit the station are unimportant, short-lived and expendable. QT-1 makes the lesser ...