Tragedy averted once again by a tempered glass protector

Jason has cost me some money in past with his suggestions. I did buy this, as my last screen protector finally got too cracked. I bought this set and am still on my first one. Other than two tiny chips on the edges (I think caused by my knife clip), its still scratch free.

Would it have prevented the blood on ancient demons from slowly seeping into my screen? 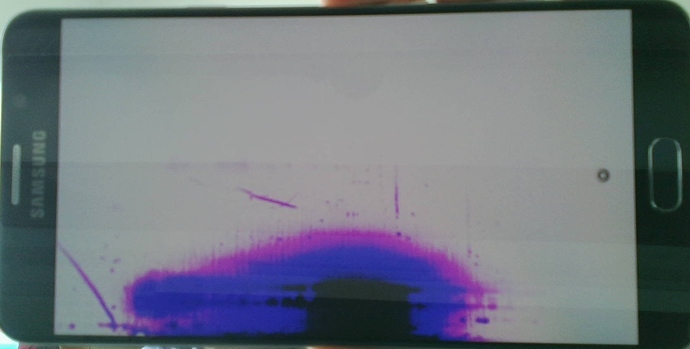 You guys, I can’t afford a Note8, and I can’t justify the insane price of a Note5 screen replacement, and I can’t go back to the pre-stylus life…

Thats nice, but if you got a nick in the glass protector and it remained in one piece, then in all likelihood the glass is not tempered.

Indeed. I’ve had mixed results. My current screen protector cracked in 3 days just from lying the phone down on my desk to be fair, this one does have a curved screen, and in the past I haven’t had that). This has happened a few more times since then, with some regularity.

All of my previous screen protectors never cracked, or even got a chip or ding. ¯_(ツ)_/¯

I get the appeal of using a naked phone. Really, I do. They’re sleek and lightweight and smooth and beautiful. But sometimes you need practicality.

I dropped my phone onto concrete from about 2 feet up. It hit the corner, and shattered the screen. It cost me $150 to get it fixed. After that, I got an Otterbox. Yeah, it’s thick, and it adds a couple of ounces, but my phone is still intact.

It’s been knocked off of tables, and one time came loose from my bicycle handlebars while at speed. No damage at all, highly recommended.

for such a low cost, its worth a go. My current case has finally died, so I just nabbed a new one off amazon and threw these screen protector in my cart given how cheap they are.

I think this is a feature of tempered glass, rather than a problem. I’ve gone thru five of these at $9 for two? So $22 to fend off maybe three trips to the Apple Store?

On one hit the screen protector took the impact in such a way a spider web was in the tempered glass but only a single fine line crack went across the iPhone. Apple declared it a warranty repair or manufacturing defect and not a crack from abuse; new screen was free. That’s a huge saving. I do not claim that kind of luck will ever happen again.

I think my daughter is on 8 in 12 months. One thing her usage has proven – you can put a new screen protector over cracked but functioning iPhone screens and keep using them until a repair is possible.

The protector breaks so the screen doesn’t, at this cost its OK to burn one every 2 months or so – new ones feel so slick and nice.

Jason what the hell. Take care of your phone

Jason what the hell. Take care of your phone

It loves to dive out of the Vanagon before me.

Its the same model Jason has in the link. It cracked, and then a tiny chip fell off. You can see the adhesive where it was. There is one small crack in the corner by one of the chips.

Given I think this was cause by my metal knife clip pressing up against the corner of the glass, I am not sure why it would be damaged beyond what it was. It shouldn’t spider the whole sheet.

I’ve seen the kind of chips you talk about on both my and my kids phone. Makes perfect sense to me.

No - you misunderstand. Any small chip in tempered glass will always shatter the entire piece.

What they are selling may be heat strengthened glass, but not tempered. Tempered is stronger, but once it chips, the whole thing fails. Always.

Huh. Well, then I guess they lied on the box. Or Tempered means something different to them.

What they are selling may be heat strengthened glass, but not tempered. Tempered is stronger, but once it chips, the whole thing fails. Always.

In any case where the force is not strong enough to shatter the “whole thing” only portions unto which the energy absorbed dissipates will shatter.

If the amount of force is repeated gentle scraping or tapping at a spot, it can easily chip away from the edge of a piece of tempered glass. Tempered, heat soaked glass, can turn into a net over a driver’s head, but remain fairly intact 24" where there was no passenger impact. Enough force, however and the entire window turns into a massive shock absorber, dissipating force by cracking into a net.

Tempered glass sets up an internal tension between the inside of the glass and the surface. There is no partial breakage. If it chips, it releases the balance of the internal forces and the entire piece spiders down to pieces small enough to resist the internal forces.

Glass in a car windshield is laminated with plastics that hold the broken tempered glass in place. that is the only reason why it stay together. And typically the windshield is not tempered. Thats why you can get a small chip and repair it. Side and rear glass is typically tempered, but not the windshield.

Tempered can not “mean something different” to them. Its a technical term that has a definite meaning. Tempered Glass in buildings are expected to have given properties, and there are ASTM tests and industry standards that set out what those properties are.

Some seller of a consumer good does not just get to decide I’m going to mean something different by “Tempered” today.

After that, I got an Otterbox. Yeah, it’s thick, and it adds a couple of ounces, but my phone is still intact.
It’s been knocked off of tables, and one time came loose from my bicycle handlebars while at speed. No damage at all, highly recommended.

Seconded. I’ve had my phone maybe 4 years now, and despite the many, many times it’s been dropped to the floor, sat on, bobbled, knocked off counters, and dripped on, it’s in great shape… thanks to my Otterbox. They may be plain compared to fancier cases, but Otterboxes protect a phone like nothing else.

Yes. Otterbox; Defender series. Not for my phone (which is an old Nokia, so why would it need protection), but for my tablet.
In fact, I first looked at what Otterbox had to offer, and then bought a tablet I knew I’d get a box for.
The lid is a bit fiddly, but that doesn’t really matter. Not only does it offer good protection, you also get a much better grip; especially while holding it with one hand and typing with the other. Which is what I’m doing right now.
Bought it 19 months ago, daily use, no problems. If I ever do get a smartphone, I’ll get a box for it as well.

I used an Otterbox case on my old iPad; eventually the case itself was destroyed through wear and tear.

The outer rubber cover went first, then the latches on the inner shell failed. Eventually the case became counterproductive, as the iPad would fall out of it regularly.

It took a few years of constant and extreme [1] battering to get to that point, though.

[1] Bio laboratory, motorcycle, mountains and forests. It didn’t have an easy life; quite a wide variety of chemicals and biological substances hit it, and dirt and vibrations were constant events.