Trump and the psychology of doom and gloom

It seems very difficult to step away from all the finger-pointing and blaming and shaming; to tale a step back and ask ourselves how it could come to this.

I keep asking myself, “what happened to ‘loyal oposition’?”. The sense that even if I don’t get my way, I still believe in the authority of the results of the political process.

It takes a deeply cynical electorate to hire someone like this for our highest office, and thats a cynicism you can’t just lay at the feet of the republican party.

My first inkling that things could even go this wrong, was finding out that the government could be shut down if certain egos were not pandered to. Its only gotten worse since then.

Makes me wonder if Russia is handing $ under the table to NK high level types to up the international tension.

Perhaps a more beneficial question than “how did we get here?” is “How do we get out of this mess with minimal permanent damage?”

Trump is a psychopath, in fact, does not have a minimum of empathic ability to any human except perhaps the men of his family, is a serial liar, systematically uses different mechanisms of the defense of the ego as the projection, and in all his life has harassed , abused, raped women, is likely to be underage, is blood-obsessed, is legitimate to use legitimate psychotropic substances and does not have a certain tendency to be a criminal if it is not at the White House, thanks to Russia’s massive interference Putin and thanks to a 200-year old electoral system, unique in the world, opposed to the principles of electoral democracy, having taken 3 milion less votes than Hillary Clinton ,(Trump is not legitimized by the popular vote, is not the real president the American people),would now be behind the bars!

Thatcher had been extremely unpopular during her first two years in office until the swift and decisive victory in the Falklands War, coupled with an improving economy, considerably raised her standings in the polls.

Re: Thatcher’s War
That rather overlooks the split on the Centre/Left that happened at the same time though (the SDP.)
I’m not diminishing the fact that her ratings were definitely helped, but the Tory landslide in 1983 was largely due to FPTP being broken when there are more than two significant parties. I mean, it’s not great when there are minor parties, but it isn’t quite as extreme as when there are three and the vote splits three ways but the system doesn’t reflect that. (And the consequences of that 1983 result have haunted the UK ever since. We’ve finally got ourselves back into an approximate balance again, but it’s taken three decades to do it.)

I’m immediately reminded of the experiments facebook have done using sentiment analysis to filter posts users see in their feed based on how positive or negative they are. It seems like platforms like facebook and twitter are well placed to manipulate the perceived zeitgeist along these lines.

Perhaps a more beneficial question than “how did we get here?” is “How do we get out of this mess with minimal permanent damage?”

I guess it’s helpful to understand the mess in order to get out of it but yeah, I like your question better, too. Maybe the best conclusion to draw from this research is that if we want to put things right we need to say loudly and often that it can be done.

It fucking well can, too.

If we survive, we’ll have all of posterity to try to figure it out; but if we don’t figure out some viable solutions to these problems sooner rather than later, we may not be around to ponder it.

Since low poll numbers are #fakenews and he’s clearly the most popular president ever, we may be ok after all.

Jimmy Carter discussed this type of malaise in 1979:

I want to talk to you right now about a fundamental threat to American democracy… I do not refer to the outward strength of America, a nation that is at peace tonight everywhere in the world, with unmatched economic power and military might. The threat is nearly invisible in ordinary ways. It is a crisis of confidence. It is a crisis that strikes at the very heart and soul and spirit of our national will. We can see this crisis in the growing doubt about the meaning of our own lives and in the loss of a unity of purpose for our nation…

In a nation that was proud of hard work, strong families, close-knit communities, and our faith in God, too many of us now tend to worship self-indulgence and consumption. Human identity is no longer defined by what one does, but by what one owns. But we’ve discovered that owning things and consuming things does not satisfy our longing for meaning…

I’m asking you for your good and for your nation’s security to take no unnecessary trips, to use carpools or public transportation whenever you can, to park your car one extra day per week, to obey the speed limit, and to set your thermostats to save fuel… I have seen the strength of America in the inexhaustible resources of our people. In the days to come, let us renew that strength in the struggle for an energy-secure nation. . . .

Replace “energy-secure” with “climate-secure” and it’s applicable today, especially given an active effort to promote that malaise and reduce confidence in liberal-democratic institutions.

The problem was that Carter said these things out loud, to a national audience, and the negative reaction ensured that no future American politician who remembered what happened would ever do so again.

Society is always plural. Don’t wait until others crash and burn theirs to start some new ones. 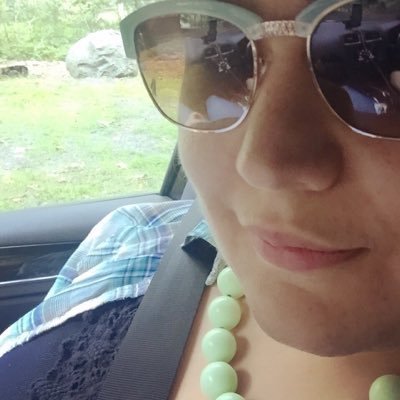 This is how and why empires crumble.

I think this is absolutely key. This doom and gloom is no accident. The fear, anger and feelings of isolation and paranoia are a deliberate strategy that is successful because it is a kind of feedback loop that, once initiated becomes more true.

The defunding of public schools is a microcosm of this phenomenon. Work to dismantle the schools, observe (or invent ways of observing) that schools are failing, then blame the teachers, families and children, telling people that they can’t be trusted with public institutions because the teachers are lazy, the families are “culturally corrupt” and the children are wild. So, what can you do? you have no choice but to put your kids in a private school, I mean, if everyone else is selfish, lazy and racist, you have a right to be too, right? and what, you’re going to pay for those people’s schools? rinse, repeat.

This simple, devastating, cynical formula can be played out across health care, public transportation, labor, and all corners of public life. Convince people that they can’t trust each other, that everyone else is looking for someone to stab in the back, looking for a way to freeload off the rest, looking for an angle for their ingroup at the expense of yours et voila, they actually start to do that, more and more, the more you are able to convince them.

I’m not saying you’re wrong, but voter suppression and gerrymandering also played their parts in bringing us here. Structural changes are needed in the voting process to ensure everyone who has a right to vote is given the opportunity to do so, unimpeded.

I keep asking myself, “what happened to ‘loyal oposition’?”. The sense that even if I don’t get my way, I still believe in the authority of the results of the political process.

I remember an infograph showing congressional voting trends between the two parties and you got a lot of mingling til the late seventies/early eighties and then it started to look like cell division in progress with each side swinging further and further away. So i’m going to blame the republican southern strategy of pandering to evangelicals, bigots, and assholes that then morphed into ‘if we agree with them we are as weak as they are’ which had a polarizing effect on the democratic party as well since you can’t get backhanded everywhere you turn and keep a smile on your face without being a masochist.

I could be DEEPLY wrong though, so anyone with actual knowledge of political history mind chiming in?

Oh, the democrat party certainly has had a part to play in all this. The venom I get from a true blue believer whenever Bernie Sanders geta mentioned, that’s got nothing to do with the GOP. Its apparently inconcievable that the party might ever move to the left, no, its ever to the right, in search of that mythical sweet “center” position.

And I still believe that for a lot of things, half-measures are worse than doing nothing, because when notjing is done, people can at least tell that the work is still there. Half measures don’t get the job done, and they drain away the impetus to make the real change.