He is a crap businessman if he can make a casino lose money.

So the businesses’ lost millions while Trump made millions?

A mystery for the ages, truly. And what a country!

Paris Hilton made more money than Trump ever has.
Paris for President! (if all we’re going on is money…)

Edit to add the numbers:

Trump inherited $200 million from his real estate tycoon father and in the past 30 years he has managed to grow his fortune to an estimated $4 billion. vs. Hilton’s inheritance was $5 million, which is 2.5% the size of Trump’s inheritance. At the age of 34, Hilton now sits atop a $2 billion dollar empire that is entirely separate from her family’s hotel business…Hilton started out with way less than Trump, and at this rate, by the time she reaches his age, her fortune will likely far overshadow his.
http://thefreethoughtproject.com/business-genius-numbers-paris-hilton-entrepreneur-donald-trump/

Hey, let’s not forget how he ran Trump Airlines and the USFL into the ground too 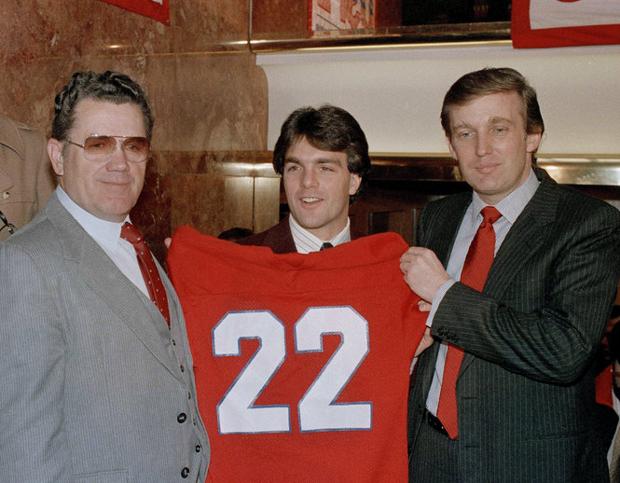 The process also presumes that principals will have some access to relief from bankruptcy courts and lenders. It’s not inaccurate to call it socialism-for-the-rich.

Those with equity gain privately while the business entity acquires high-interest debt, fires labor, is purchased, sold, restructured in bankruptcy or all the above.

The House always wins, Trump is the HOUSE, and he made damn sure he would win.

PS. Trumpster is still a complete piece of shit, FACT!

He’s not a business man. He’s a con. The casinos were probably never meant to make money. And his bankruptcies weren’t about him being broke, or his businesses failing. They were, as he said, deliberate. Designed to avoid payouts for unpaid subcontractors, lawsuit settlements, and all those public funds and tax credits he used for luxury housing. So whether is Trump University (an out and out scam), or golf courses or ‘luxary’ hotels. Business goes bust, Trump walks away rich is his business model.

“it takes more than a simple mind and synthetic smile to be Ronald Reagan.”

This needs to be mentioned more, particularly in the presence of potential Trump voters, who typically don’t care about his many other bad qualities. His claim to fame is that he is a good businessmen. Yet he keeps losing money. Therefor, we have no proof that he is actually good at anything.

Except self promotion. He’s good at that. And rabble rousing.

In his favour, Trump didn’t kickstart his with a sex tape. That’s not a judgment on Paris, just something for which we can be thankful for.

In his favour, Trump didn’t kickstart his with a sex tape.

There are some things I wish never happened: talkingpointsmemo.com/dc/donald-trump-1982-sex-tape-scandal

Have you watched this yet?

A businessman who would have literally billions more if he’d just invested the millions he’d inherited. Yeah, he’s a genius.

Welcome to BoingBoing. We’re adults here (well, most of us), so we’re OK with the use of adult words like ‘shit’ and ‘fuck’, provided they’re being wielded by someone who sounds like an adult.

And you, how many businesses do you own, “SteveKas1an”?

I like the fact how everyone says that Trump has been bankrupt before but nobody cares about the TRILLIONS of dollars in DEBT this country is in… Everyone hates on Trump, they say he’s sooo bad, a liar and corrupt, you gotta be kidding me… I have been watching politics for a while and every politician is just as bad if not worst than this guy. They are all crooks, every single one of them. Say one thing, sling dirt and lie just to get into office and then they never follow through with your word, every damn time!!! Our political system is the most hypocritical system ever conceived. Be it left or right, complete garbage… it’s a two party system created to divide the American people instead of bringing them together. Literally everyone needs to think about it. Red, blue, left, right, donkey, elephant?? DIVISIVE.