A hard-sell con that cleaned out its desperate victims: behind the $25,000,000 Trump University settlement

tRump’s multiple con[s] will serve him well in the White House, not so much for US citizens though.

Was I dreaming or did I hear the judge could still increase the settlement amount or impose penalties?

I read somewhere that the $25M is tax deductible?

Do I have your attention? Always be closing

Under the terms, $21 million will be spread among the plaintiffs in the San Diego cases and $4 million will go to the New York case. The plaintiffs’ attorneys agreed to waive their fees and work pro bono, maximizing the amount the students could recover. "The attorneys won’t be making money on this case. All will go to the students,” said San Diego plaintiffs attorney Jason Forge. The 7,000 or so eligible members in the class-action suits should be able to recover at least 55% — and possibly 100% — of the money they spent on Trump University

Was I dreaming or …

I still cannot believe this ahole is the next president.

Has the US had a kleptocrat as president before?

There’s an article in Forbes [walled to ad-blockers] that points out that settlements can be considered business expenses and as such are deductible against income, and as such likely can be carried over for many years. Sort of like how Trump carried over his bankruptcy losses against his earning for 10? years.

Of course, the real cost to Mr. Trump is after tax, not before it. And most business settlements are fully tax deductible. The only part that arguably may not be here is the $1 million in penalties. But barring express non-deductibility commitments, many penalties can be deducted, too.

settlements can be considered business expenses and as such are deductible against income, and as such likely can be carried over for many years.

He really is a genius!

He really is a genius!

The marketing materials said that Trump reviewed the curriculum and picked the instructors, but the president-elect didn’t do either – instead, he let other people do the homework and then he took the credit for it.

Considering how Trump’s cabinet is shaping up maybe the students were better off that way.

Hard-sells that get the mark to pay for new levels/rankings in order to gain access to heretofore hidden/secret/inner knowledge are the hallmark of a lot of scams, whether it’s the Cult of $cientology or this bogus “university.” Now he has the chance to execute this fleecing on a colossal scale. For me, it’s just as bizarre as a scenario where L Ron Hubbard was elected President.

While we’re all enjoying the schadenfreude of the $25M settlement, let’s not forget that as of November 8th, the entire nation has been forcibly enrolled in Trump University.

How much play is this story getting in the national media? I’ve seen very little which is odd considering how much they like to cover Trump.

The NYT is busy normalizing him. 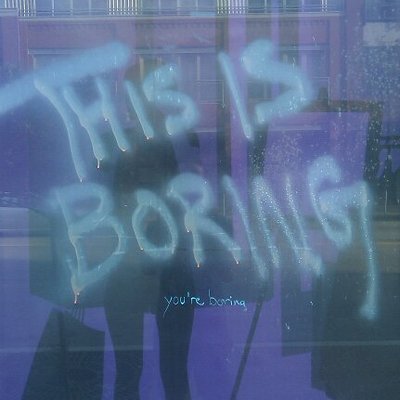 ERIC TRUMP: [to Japanese ambassador] uhhhh you have to give me a million dollars to see my dad NYT: Trump Family Challenges Ethical Norms

Con and cult are the two words that come to mind when I think of trump and his followers.

Trump is a con who believes his own lies because his ego won’t allow him to accept the alternative: that’s he’s not the best and the brightest.

So he can propose all kinds of policies he promises will help the average working American, and assume that because he said that’s what they’ll do then voila’, they just will.

So far most of his economic policies are just tax cuts for the wealthy and corporations. He will drive America more into debt with a vague hope that maybe it will eventually lead to prosperity, just like with Trump University. And when it doesn’t, well, don’t blame Trump, he’s a hugely successful businessman, someone must not have followed his instructions correctly.

I still cannot believe this ahole is the next president.

I still can’t believe how many people fell for the con, despite the evidence of his past cons such as this one.

Considering how Trump’s cabinet is shaping up maybe the students were better off that way.

I do wonder if Bannon is making these appointments, or Trump is just randomly selecting people who voiced support for him. Given that he seems to be picking people whose salient characteristic is that they’re famous for their racism, I’m guessing it’s Bannon. Trump doesn’t know enough about anything - if he were picking, they’d be a lot more random.

So he can propose all kinds of policies he promises will help the average working American, and assume that because he said that’s what they’ll do then voila’, they just will.

I wonder how much he buys into what he says and how much of it is just him spouting off what sounds good in the moment and he then doesn’t give it any further thought.
It’ll be interesting to see the excuses when, economically, nothing gets better under Trump. I’m guessing they’ll be coming up with some highly specific classes of scapegoats and “traitors”…