I only hope that I live long enough to do this.

When will people realize that Trump winning in the Electoral College in 2016 is just a FAKE NEWS HOAX by Fox News, OANN, and the Shallow State™ (which controls CSPAN)?! The electoral votes were clearly rigged to favor low-population Red States. If you’ve got a source that says Trump’s opponent didn’t win by over THREE MILLION popular Votes. Name them. So sad.

I know Quentin Tarantino is problematic, but I really want to see a sequel to Inglourious Basterds. A motley band of anti-fascists tracking down members of this administration, hiding out deep in Mother Russia. Teddy Fucking Williams knocking it out of the park again.

Would it surprise anyone at this point if it were revealed that Trump himself had put out bounties on American soldiers in Afghanistan just to own the libs or something like that?

Any soldiers who have said they don’t support Trump better watch their back. 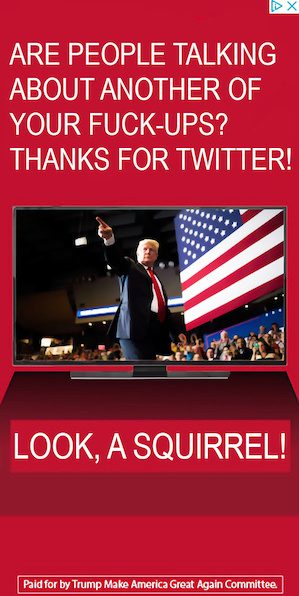 For the past few weeks it almost seems like our intelligence community Caligulaughingstock his own damn self is running an operation to prevent Trump’s re-election.

He just no longer gives a fuck and will throw gasoline and hand grenades to continually escalate the spectacle because that is truly all he knows.

Now we need to pull his finances just to see if he collected any of those bounties. Y’know, for treason.

Reports from interrogations typically wouldn’t make their way to the White House and the highest levels of government without some serious source vetting and corroboration first.

It’s absolutely par for the course in the way the ⊥rump administration handles scandals.

It might just turn out to be stuff people said during interrogation to get the torture to stop, but certainly not made up by the media.

My spidey-senses the day after it came out wondered if it was disinformation from Russia to purposely bait the intelligence reports and media leaks to rile everybody up only then to have it shown to be untrue. Breeding yet more Chaos dissent and distrust…you know…any given Tuesday on this dark dark timeline.

Trump’s will get much worse treatment. 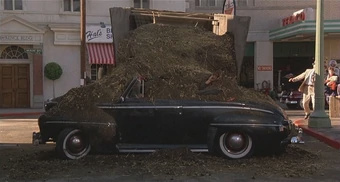 Everything Frankie Boyle said about Margaret Thatcher is true for Donald Trump too. 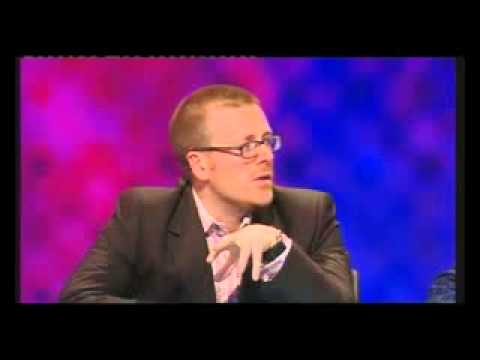 started to slander me

i love how anything that might be concerning to the general public isn’t about them at all. it’s always about the boy in the bunker. every. single. time.

you’re either for him, or against him. that’s the only framing he is capable of seeing.

Just when you think the right news-stake gets driven through his heart and shuts him the fuck up, he again pops out of his coffin.

My guess is that they’ll all be interred in a gated, locked family mausoleum… which would be nice. A single target.

If something isn’t problematic, it’s hardly worthy of critique.

Blaming, or passing the buck to, unknown underlings is a time honored tradition among the “rich” and “powerful”.

For the past few weeks it almost seems like our intelligence community is running an operation to prevent Trump’s re-election. Everything that has happened seems designed to chip (hack) away all but his staunchest supporters. Not that I’m complaining.

I think there’s a little bit of actual embarrassment showing here, in that they realise that they are largely responsible for blowing a hole in Clinton’s campaign at the wrong moment - and that even then they had no idea what they were actually letting themselves in for.
It’s telling that the leaks we are getting are just enough to be able to be corroborated but rarely, if ever, rise to actual [redacted] material. Some folk have been willing to sacrifice their careers, but not nearly enough of them.

His silence provides “aid and comfort” to enemies of the United States. He needs a quick trial and quicker hanging