Trump Supporters Move Based on His Statements 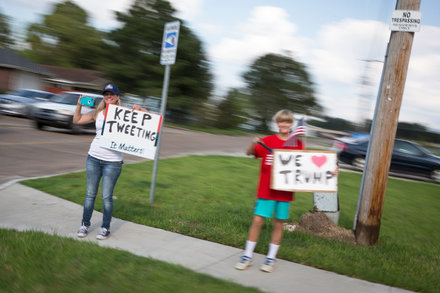 Many Republican voters appear to be ready to follow the president wherever he goes.

TL;DR - Trump supporters change their opinions based on what Trump says, not on their self-identified persuasions.

So I guess that means Trump supporters like the Dreamers all of a sudden?

Anyone who’d vote for trump is fucking real stupid, or evil.

It’s almost like an extremely shitty con man has found a large group of even stupider marks.

American politics is less a competition of ideas and more a struggle between two teams.

Someone, somewhere, apparently did not already know that. Perhaps Tarzan? Or someone raised by wolves?

Is that Matt Berry? Can I get a source?

So I guess that means Trump supporters like the Dreamers all of a sudden?

I imagine it means they change their opinions from day to day, maybe from hour to hour.