Jerry Brown says what Trump does is "stupid and dangerous," compares supporters to cave dwellers

Brownie, we sure are going to miss you when ya retire.

I see the Dems are still playing to lose by underestimating the depth of the swamp.

I, for one, appreciate the #Deplorable bumper stickers folks have been self-applying lately. Almost as red a flag as a face tattoo on a non-Maori!

For the love of god stop enabling them by saying this shit. Yes there’s deep problems among his base but don’t give them more ammunition to keep trenching themselves in. I can only hope the words used are too complex for them to understand, maybe we’re safe.

"… stop enabling them by saying this shit…

I can only hope the words used are too complex for them to understand, maybe we’re safe.

For some reason, I’d think that “too complex for them” would be taken as insulting as “cave dweller”.

I see the Dems are still playing to lose by underestimating the depth of the swamp.

It’s really more of a “subterranean society of Morlocks.”

He predicts that Trump will “fail very soon.”

Fail soon? Success is a rarer event in his life.

He never got to be president

A cave dweller, or troglodyte (not to be confused with troglobite), is a human being who inhabits a cave or the area beneath the overhanging rocks of a cliff. Some prehistoric humans were cave dwellers, but most were not. (See Homo and Human evolution.) Such early cave dwellers, and other prehistoric peoples, are also called cave men (the term also has other meanings). Despite the name, only a small portion of humanity has ever dwelt in caves: caves are rare across most of the world; most cav...

like the Neanderthals, Denisovans, various Homo spp. (erectus, sapiens, etc.) were and are savvy environment hackers with incredible art 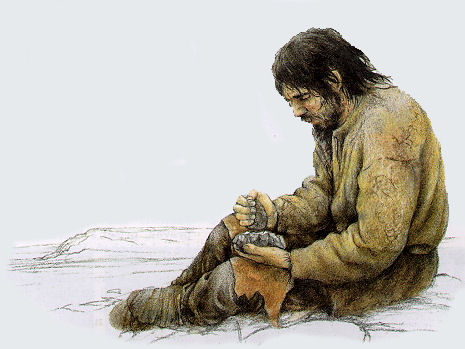 Ok maybe not all of the medicine part.

Still, I reject Brown’s derogation of cave dwellers. Heck, anyone who has seen Clan of the Cave Bear (or read it) would surely have to agree. Agree-ish.

I haven’t seen either of these, maybe they are ok too:

Directed by Roland Emmerich. With Camilla Belle, Steven Strait, Marco Khan, Cliff Curtis. In the prehistoric past, D'Leh is a mammoth hunter who becomes with the beautiful Evolet. When warriors on horseback capture Evolet and the tribesmen, D'Leh...

ETA: found another prehistoric movie in IMDB to add to this serious, scholarly discussion.

Prehistoric documentaries on film are difficult to find, I realize…

Quest for fire has a lot of nekkid Rae Dawn Chong. I didn’t realize Ron Pearlman was in it. Not sure how accurate it was historically, but I saw it in High School late one night.

Some caves aren’t too bad.

Stay in a Cave Hotel in Cappadocia

Beautiful lighting at night everywhere around the hotel Cappadocia is honeycombed with caves. Many were built by hand in the 3soft volcanic rock hundreds if no.

Some caves aren’t too bad.

Quest for fire has a lot of nekkid Rae Dawn Chong

Quest for fire has a lot of nekkid Rae Dawn Chong. I didn’t realize Ron Pearlman was in it.

Ron Pearlman was made for that role. I’m like 80% sure a casting agent just found him frozen in an iceberg back in 1980 or so.

Or found him in some lost monastery. (Name of the Rose)

Each one is a memorable character, but I never see him and go “Oh look. Ron Perleman!” and it’s not the prosthetics.

Let em all go to hell, except cave 76

like the Neanderthals, Denisovans, various Homo spp. (erectus, sapiens, etc.) were and are savvy environment hackers with incredible art

I got told off the other day for objecting to someone likening Trump supporters to Neanderthals. I’m glad you’ve provided chapter and verse.

(It’s recently been discovered that Neanderthals were making glue out of birch bark ca. 200kya, before any recorded use by sapiens. I suspect that they were outcompeted by climate change (change in food availability) rather than any lack of intelligence. But nothing is going to stop the tendency of white men to keep using references to other hominids and hominims as an insult. Am I disappointed in Brown? As with Spicer/Colbert, I conceal my disappointment because, let’s face it, I am unsurprised.)

Funny how it’s non-white actresses who get to play the nakedness-and-paint roles.