Originally published at: Trump talks about Limbaugh's death by making it all about himself – and the ol' election fraud lie | Boing Boing 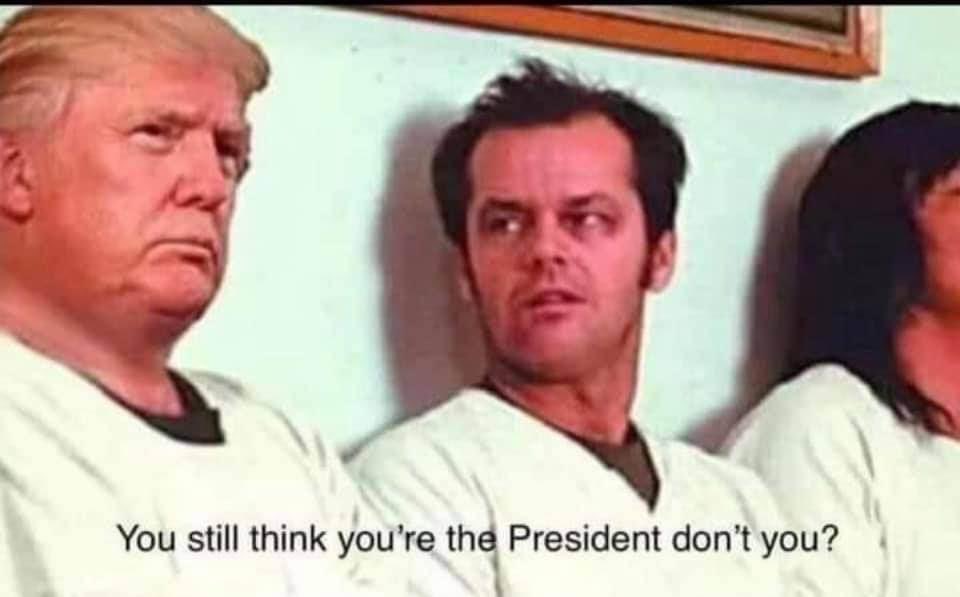 Before Biff entered the White House there was at least a chance that an American could go through his or her life without encountering the toxicity that comes with knowing a deranged narcissist. Those days are long over.

For the love of ALL THINGS, can we just NEVER mention donny smallhands again until it involves him appearing in a court/handcuffs/fleeing into exile, etc!?!?

LOL of course he did.

Perhaps the better way to read this is even Trump doesn’t give a shit about Rush Limbaugh’s passing.

A useful idiot even in death.

If trump were still president, Limbaugh would lie in the Rotunda. Of course, when alive, Rush lied everywhere else he went.

I mean, when you try to eulogize someone, you say the best things you can think of about them. And really the only thing Trump knows how to appreciate about other people is when they’ve supported him, plus maybe anatomy if they’re female. So this is actually the best he could have done, and in a way, kind of a fitting legacy for Limbaugh.

Oops, it looks like you missed some qualifiers there.

You know, Trump was right. I’m beginning to get sick of all the winning lately

Yeah it’s pretty incredible that the Republicans haven’t taken the White House with a majority of the popular vote since the 1980s and Democrats have still managed to avoid carrying out deadly riots over the election results.

You know, when Trump dies, I am going to make it all about me.

NEWS: Donald J. Trump found Dead
ME: I guess he was tired of winning. I feel like a winner today though. Not some Loser. I’m alive, that means I Won. Unlike Trump who just lost everything. I take no responsibility at all for that.

So much shared between the two and what they had in common — but not enough.

To be fair, Trump doesn’t give a shit about anyone who isn’t Trump.

On the other hand, Rush Limbaugh died.

Well, I guess we know Trump is still alive now.

Let’s look on the positive side, Obama and Obamacare are still alive.