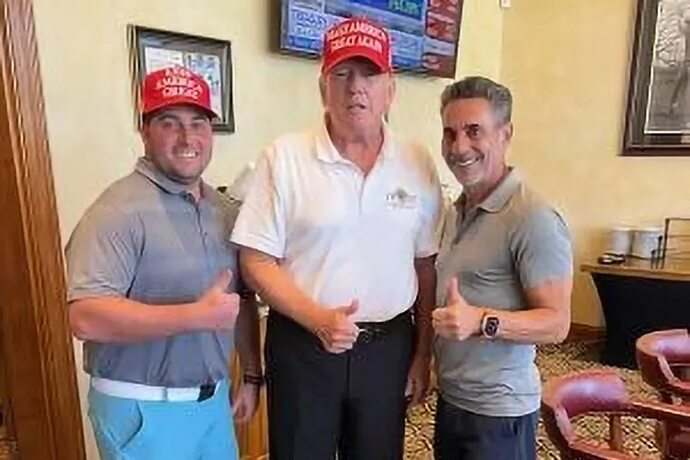 Joey Merlino: Donald Trump didn’t know who I was when we posed for a photo at...

Former Philly mob boss Joey Merlino told The Inquirer he was just one of many people who posed for photos with Donald Trump at a South Florida golf club this month. 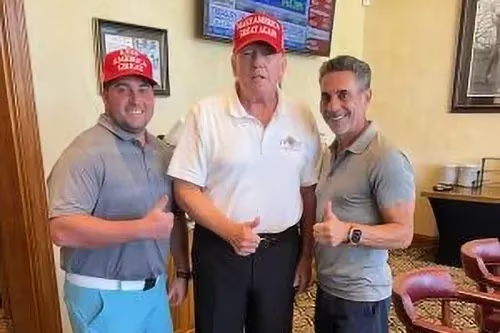 Former mob boss is a much less exacting standard than former President.

Two guys obviously posting for a photo and a third one who doesn’t look like he really knows what’s going on.

He actually tied for first with Kim Jong Un. 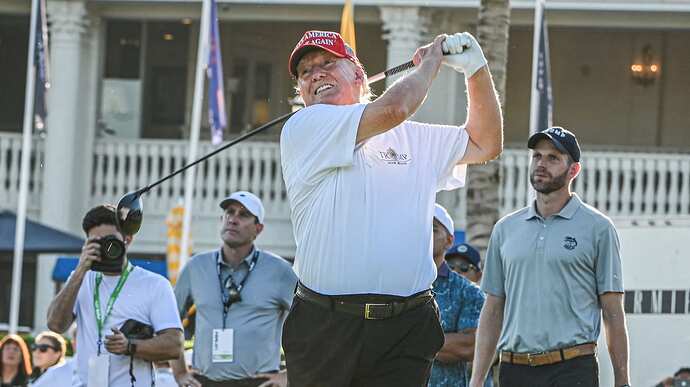 The former president apparently snagged first place even though he was at Diamond’s North Carolina memorial service on the first day of his Florida club’s championship. 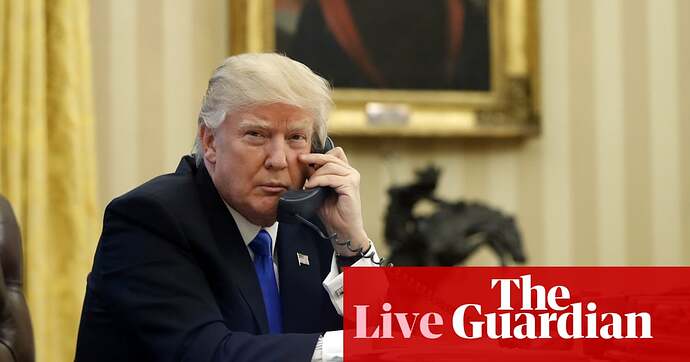 Willis does not want the report released at this time.

No. This is not from The Onion.

(excerpt) “[H]ow come not one person said, while on the call, that I acted inappropriately, or made a statement of protest at what I said, & then slammed down the phone[?]” asked the ex-president. “Not one, even with so many opposing people, lawyers, and others on the line. NO ADMONISHMENT at all.” 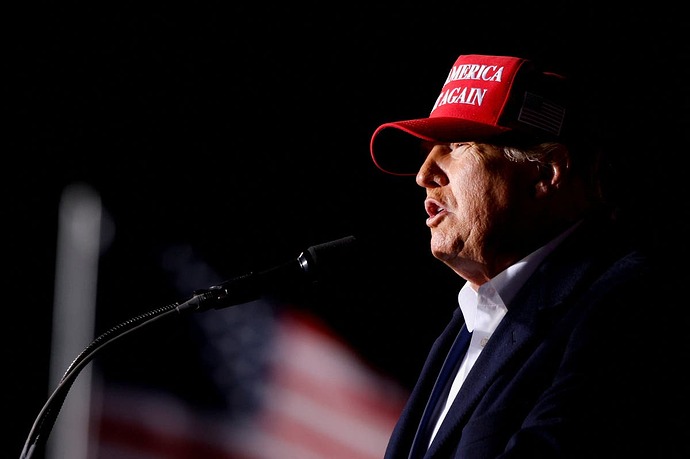 Trump blames others on his notorious Georgia call as Fulton County decision...

The Obscure New York Law That Could Dismantle Trump’s Empire

Trump's legal team has delayed actually arguing the facts. But now his family company is under threat of being dissolved, and he could have to pay up big. 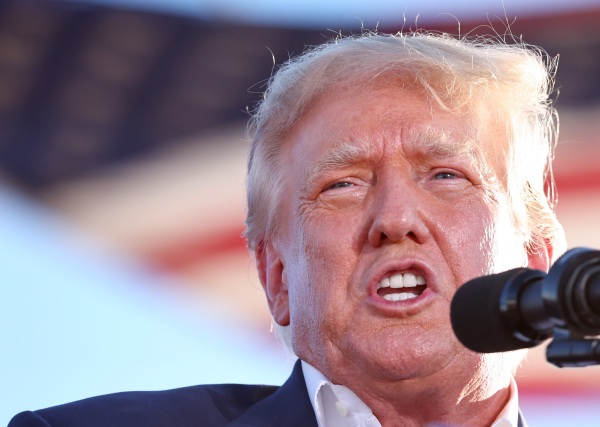 Meta said it will reinstate Donald Trump’s Facebook and Instagram accounts “in the coming weeks” — with “new guardrails in place to deter repeat offenses.” “The …

“The public should be able to hear what politicians are saying so they can make informed choices,” Nick Clegg, Meta’s president of global affairs, said in a blog post announcing the decision.

On Jan. 7, 2021, the social media giant indefinitely froze Trump’s Facebook and Instagram accounts with CEO Mark Zuckerberg citing the risk of ongoing violence if the then-president were allowed to remain on the services. Trump had praised rioters who engaged in violence at the U.S. Capitol on Jan. 6 in posts on Facebook and Instagram. The company later said it would suspend Trump until at least January 2023 and would reinstate his accounts “if conditions permit.”

“Like any other Facebook or Instagram user, Mr. Trump is subject to our Community Standards,” Clegg wrote on the post Tuesday. “In light of his violations, he now also faces heightened penalties for repeat offenses — penalties which will apply to other public figures whose accounts are reinstated from suspensions related to civil unrest under our updated protocol. In the event that Mr. Trump posts further violating content, the content will be removed and he will be suspended for between one month and two years, depending on the severity of the violation.”

To BB’s readers from the UK, yes that Nick Clegg.

So, he’s okay if that’s Hillary’s defense for having a private server, right? No one, out of all those experts, told her it was in advisable.

These guys. Seriously, if you hadn’t started by clarifying it wasn’t an Onion article, I would not have known.
Don’t even get me started on how many people told him not to keep classified docs. Or to put a stop to the 1/6 insurrection.

My main regret is that I can’t cancel a non-existent MetaFace account.

I guess they believe, like Susan Collins, that he’s learned his lesson? 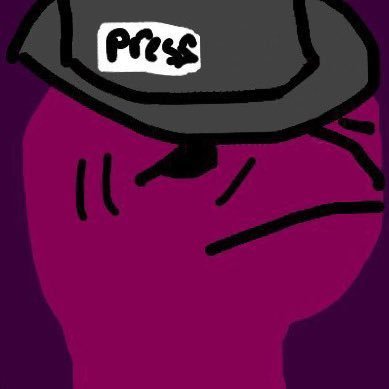 @JUNlPER
this is easily a new all time great photo of donald trump, i cannot handle this https://t.co/zxCfS0xYkT 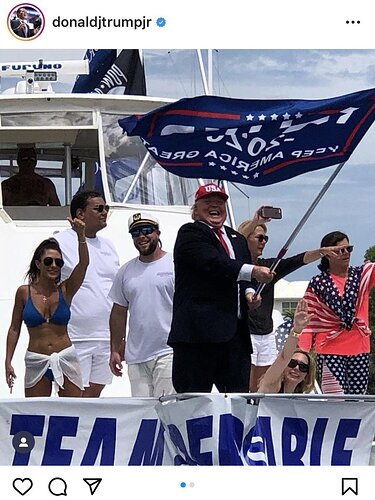 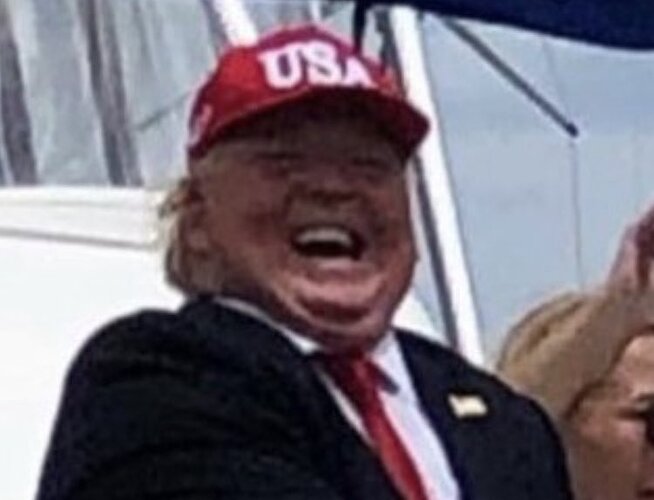 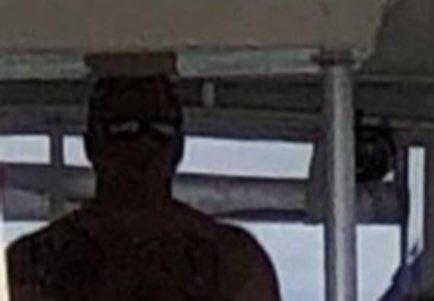 I know, he’s nowhere near as cool as Sloth, but… 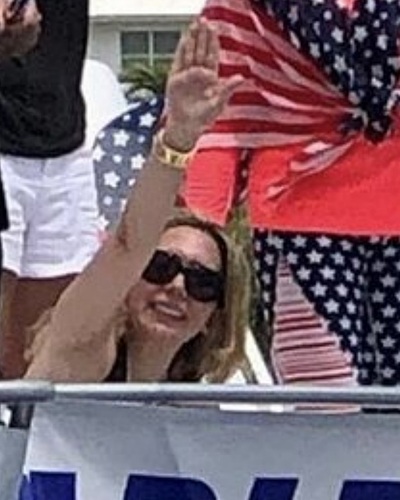 My main regret is that I can’t cancel a non-existent MetaFace account.

You could join up — throw out a massive “BLOW ME!!” right there — then cancel your account. The comment and the cancellation should reward you with a double-joy.

He actually tied for first with Kim Jong Un.

Hey, it’s his club, so his rules. The other players should feel free to declare themselves the champion and whip up a violent mob to storm the clubhouse and stop Trump “stealing” their title.

By chance or intention, your gif covers every single thing about my comment. Every. Single. Thing.

Hey, it’s his club, so his rules. The other players should feel free to declare themselves the champion and whip up a violent mob to storm the clubhouse and stop Trump “stealing” their title.

Professionally, I’ve worked for six companies now, and I’ve gathered that it must be universal that bosses’ jokes – however lame or controversial – always get laughs from at least some of their employees. It’s the tithe they must pay to their master. 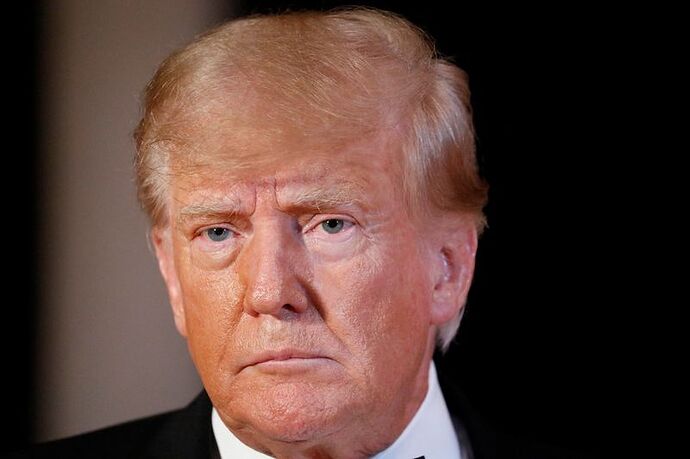 When Donald Trump trounced his Republican rivals in New Hampshire's 2016 primary, the stunning win announced to other states the reality TV showman was a serious contender. Trump went on to capture the Republican nomination and then the White House....