When a Snake Fights a Rat There Is No Winner: Trump Loses Case Against White...

Turns out that calling your boss an inept idiot who can't walk and be racist at the same time doesn't violate a nondisclosure agreement.

OK, I love The Root, but there is such a thing as a rat snake, which is entirely harmless to humans but eats rats, so we should like them, not demonize them!

Excerpt: Donald Trump reportedly assured Vladimir Putin that he had to act “a little tougher” next to the Russian president “for the cameras,” according to a forthcoming book by Trump’s White House press secretary. “With all the talk of sanctions against Russia for interfering in the 2016 election and for various human rights abuses,” Trump reportedly told Putin, “I’m going to act a little tougher with you for a few minutes. But it’s for the cameras, and after they leave we’ll talk. You understand.”

Trump told Putin he had to act "a little tougher" toward him — but only...

“Useful Idiot” is a popular drinking game in Russia.

“Let me tell you something about AOC. I’ve watched her walk down the halls of Congress, and I see these old men shiver in fear. They shiver in fear whenever they see her,” Trump said.

“You want to know why? Because AOC has a base, just like me.”

Trump’s comments elicited “nervous laughter” from the crowd, according to the book extract quoted by The Daily Mail.

Trump's comments about Rep. Alexandria Ocasio-Cortez elicited "nervous laughter" from the crowd, according to the book extract in The Daily Mail.

Trump filed a request for preliminary injunction against Twitter in the U.S. District Court for the Southern District of Florida.

Always running to court (or rather, hiring lawyers to do so).

It occurs to me that Trump may well be the most litigious person in US history.

It’s served him well - so far.

It didn’t work well for Alex Jones; so maybe there’s hope that the courts are fed up with this delay till they go away tactic.

Did he – like no one else before – just paint a big target on her back?

I wonder if he went straight to one of the five SD judges he appointed in Florida. 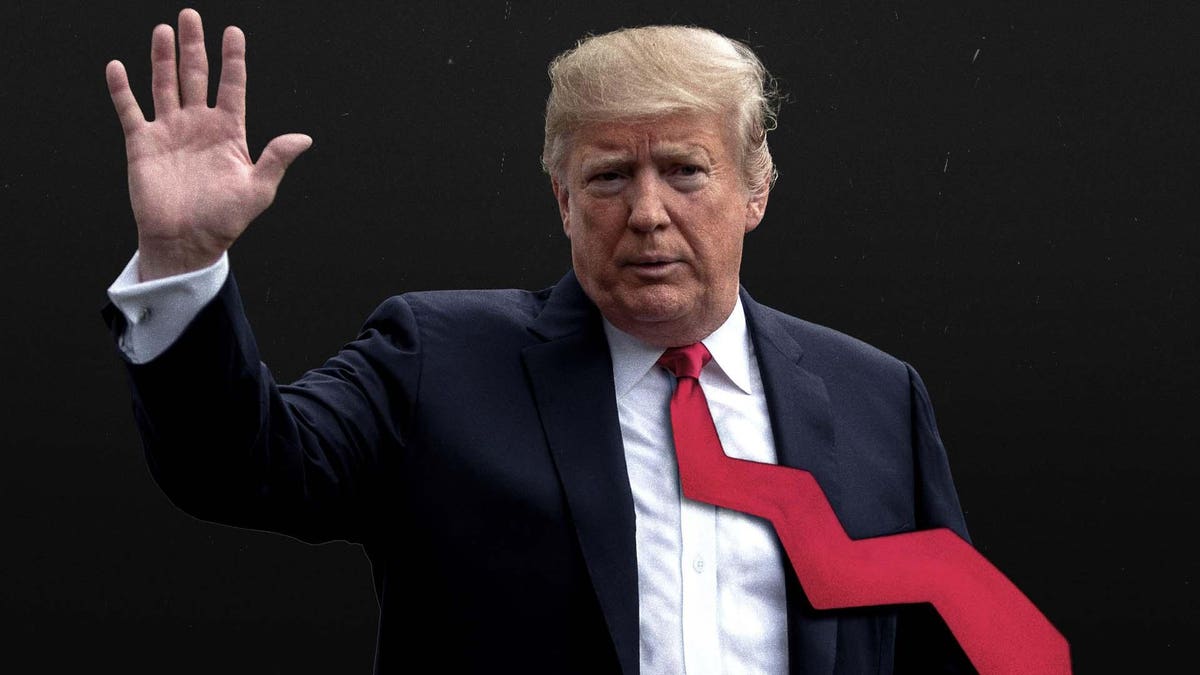 The former president, who has long obsessed over where he ranks on the Forbes 400, is no longer rich enough to make the list.

Trump always values his properties by how he feels, so hopefully he feels like shit.

In that case wait until he wins the nomination then start filing lawsuits to get his name removed from enough state ballots under section 3 of the Fourteenth Amendment that he couldn’t win honestly. [Yes, I know there’s still him winning dishonestly to worry about.]

No Person shall be a Senator or Representative in Congress, or elector of President and Vice-President, or hold any office, civil or military, under the United States, or under any State, who, having previously taken an oath, as a member of Congress, or as an officer of the United States, or as a member of any State legislature, or as an executive or judicial officer of any State, to support the Constitution of the United States, shall have engaged in insurrection or rebellion against the same, or given aid or comfort to the enemies thereof. But Congress may by a vote of two-thirds of each House, remove such disability.

Even if you couldn’t make the case that Trump himself engaged in insurrection, he sure gave comfort to the January 6th insurrectionists. Barring a landslide by Republicans in the midterms that last sentence won’t save him.

Court orders Trump to give a deposition in a lawsuit over Summer Zervos'...

Summer Zervos' defamation lawsuit against Donald Trump was stalled during his presidency but is now moving forward.

Has he actually had to testify under oath on anything ever yet?

Trump DC hotel incurred more than $70 million in losses while Trump was...

Former President Donald Trump racked up more than $70 million in losses over a four-year period from his Washington, DC, hotel, while publicly claiming that the hotel was making more than tens of millions of dollars, according to documents released...

Man, that guy is such a loser. He could lose money running a casino.

Senate Republicans, with a few exceptions, are hoping that former President Trump does not announce his intention to run again for president.