Projection of the shadow has become the GOP standard. BLM protesters “get away with murder?” It might feel like a challenge to your privilege is “murder,” but it’s actually not. I am afraid Trump’s followers are about to demonstrate the difference.

Trump has spoken longingly about a “good old day” when the police were free to beat protesters until they were “carried out on stretchers.” He says “political correctness” has made America “weak” so protesters “get away with murder.” In Trump’s old days, “they used to treat them very, very rough. And when they protested once, you know, they would not do it again so easily.”

Now, Trump has tactically withdrawn from a planned appearance in Chicago because police feared a riot.

Nope. Police had nothing to do with it. 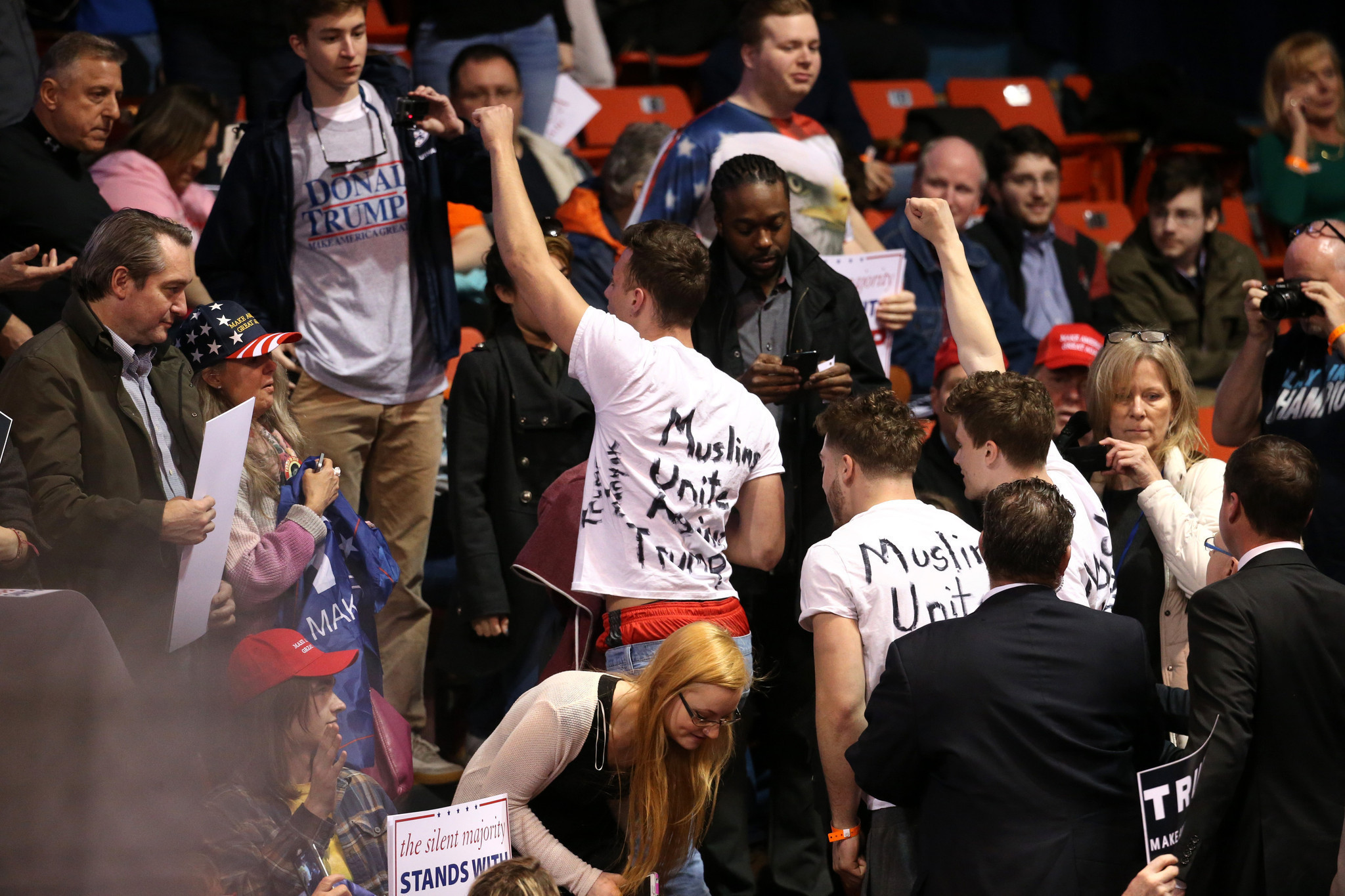 Interim Chicago police Superintendent John Escalante said, “We were not consulted and we had no role in whether or not the event should be canceled.”

Politico buried that lede nicely, and other media seems to be buying Trump’s statement over the CPD.

Trump is such a true throwback to earlier America, perhaps he’s hired the Pinkerton National Detective Agency, long known for their effective methods against unionists, rabble-rousers, strikers, and protesters.

Pinkerton, founded as the Pinkerton National Detective Agency, is a private security guard and detective agency established in the United States by Scotsman Allan Pinkerton in 1850 and currently a subsidiary of Securitas AB. Pinkerton became famous when he claimed to have foiled a plot to assassinate president-elect Abraham Lincoln, who later hired Pinkerton agents for his personal security during the Civil War. Pinkerton's agents performed services ranging from security guarding to private Durin...

Quickest incarnation of Godwin’s law ever.

we definitely don’t need the Pinkertons descending like locusts. t

Bonus: he could point to his honored guard and say

Those are the black lives that really matter. Am I right, or am I right?

Trump keeps talking about how violent the protestors are (when they’re the ones having violence inflicted upon them), he keeps insisting that the people who attacked protestors were doing so in self-defense (when this is clearly not the case, as evidenced by video), etc. I think of it like those police who shout “stop resisting” for the benefit of any cameras while beating some unconscious/cowering guy on the ground. It’s not terribly convincing but serves to create some doubt in the minds of those who want to believe in them.

Meanwhile, the guy who sucker-punched the protestor in the gif did some media interviews where he promised to murder the protestor if he saw him again…

This is getting so much like his WWF days, except the violence, at least, isn’t fake (the violence against those protesting Trump, that is).

Let’s get one thing clear, in my tiny mind, protesting is fine, but acting violently as a protestor diminishes your side of the argument. I haven’t seen anywhere near the level of animosity from the protestor side. I have seen plenty of footage of angry Drumpf crowds assaulting folks - mainly black folks. The footage of that guy sucker punching the young man w his elbow is incontrovertible. And the videos of him saying next time may hafta kill him! wow. And the police reaction? Dog pile on the black guy mayday mayday!!!

Only a matter of time until someone dies at one of these ‘rallies.’ Next thing you know it’ll be armbands and mandatory lapel pins, pogroms and phrenology, ethnic cleansing on a scale not seen since WWII. That’s what these guys are promising. Is there a R who isn’t advocating camps and cattle cars for 11 million people? Anyone?

Please don’t throw your shoe at Drumpf, you could very easily be shot or beaten to death. This is American, let’s try to keep it classy, real classy, the classiest. Yugely classy, amirite?

I see your Hitler, and raise you a Kim Jong Un.

Oops, I meant his WWE days.

acting violently as a protestor diminishes your side of the argument.

Yes and it’s generally been the protestors who’ve been attacked, not the protestors doing the attacking. I’m unsure why you felt the need to say that they need to be non-violent, when it’s clearly the Drumpf folks who can’t keep their hands to themselves…