A persistent thread for any and all miscellaneous discussion of the 2016 US election that doesn’t fit the 5-day comment window or any other pre-existing condition, candidate, party, issue thread.

Keep it clean, and keep it green.

Hey there reader! Wanna vote Sanders? Feel the Bern over in this thread

Continuing the discussion from Why (or why not) to vote for Bernie Sanders:

In the absence of somewhere else to talk about Trump

in a press conference on Thursday, Trump announced: “I will be totally pledging my allegiance to the Republican Party and the conservative principles for which it stands and we will go out and fight hard and we will win.”
“I have no intention of changing my mind,” the billionaire said, adding: “I see no circumstances under which I would tear up that pledge.”

Presumably he sees no circumstances because he can’t imagine not being the candidate?
(but at the same time, totally acknowledges that he couldn’t care less about that pledge)

The question for me is whether this is Trump’s PR move to pre-empt establishment republicans from using the threat of Trump running independent to undermine Trump’s lead (my guess), or whether this was a concession that establishment republicans forced Trump to make (unlikely the asshole and would concede when negotiation from his current position of strength). If we see some key endorsements in the coming weeks, I will reconsider the latter.

I think I read that some of the state Republican parties were going to make it mandatory for their primaries.

Did you see this?

If you #FeelTheBern & want to make sure Pres Sanders can pass his agenda, donate to help @lessig #FixDemocracyFirst lessigforpresident.com/donate/

I can’t take Lessig seriously, and I’d really rather he didn’t siphon funds and votes away from Sanders. I hope he doesn’t get to his $1M target. Only a few days left.

I have a soft-spot for Lessig going back to Eldred v. Ashcroft, and I kinda like the verve of hacking the presidential race into a referendum on the electoral process. That said, 6,600+ backers is a really tiny number, and reflective of how far the objectives are from mainstream consciousness.

Of course, do appreciate The C.D. using his megaphone for both B.S. and L.L.

If he was running as a Republican, I’d be on board. Or if there wasn’t a good progressive candidate like Sanders.

Do we allow you to vote?

Not yet. Citizenship is expensive!

Move to Chicago.- I don’t think that citizenship is important and you’ll probably still be voting long after leaving this plane of existence.

the ones who are completely out of touch with reality.

I saw this via Matt Taibbi today

It’s a race where two entries are significantly ahead and the rest of the field is eating dust and farting fumes.

Ben Carson, the soft-spoken surgeon with no political experience and a picnic basket of bonehead, unconsidered positions

[quote=“daneel, post:4, topic:65103”]
I can’t take Lessig seriously, and I’d really rather he didn’t siphon funds and votes away from Sanders. I hope he doesn’t get to his $1M target. Only a few days left.
[/quote]I think he’ll probably get it. I’ve thought from the beginning that some of the corrupt money behind Hillary Clinton will ironically end up in Lessig’s coffers in hopes he’ll act as a spoiler against Bernie Sanders.

@doctorow : If you #FeelTheBern & want to make sure Pres Sanders can pass his agenda, donate to help @lessig

Cory is terribly misinformed on this.

Lessig’s campaign will NOT help Sanders or anyone else to pass any agendas. Lessig will only make it more likely that Hillary will win and set all of Lessig’s own agendas backwards along with many other vital progressive agendas Americans desperately need enacted.

The ROOT of the problem is obstructionist Republicans and bluedog Democrats that are desperately blocking reform and becoming further entrenched with every election that progressives throw away to corporatists.

Lessig doesn’t grasp the massive grassroots dynamic in 2015 that will work symbiotically with Sanders in 2016 and beyond to unseat obstructionist Republicans and bluedog, establishment Democrats. And, frankly, nor does Cory understand this and that’s a damn shame.

The fact that Lessig has said that he would make Warren his VP and resign to make her president shows how absolutely ridiculous and misinformed he’s being here. Warren isn’t running for president in 2016 due to the fact she needs to garner more foreign policy experience first. Lessig running in 2016 isn’t going to magically change that reality.

Lessig should step down from his ivory tower and educate himself on the grassroots dynamic that surrounds Bernie Sanders and how it’s already working and will work after 2016. The air is obviously getting too thin up there and he’s incredibly light-headed.

[quote=“awjt, post:99, topic:59394”] I am aware on a vague level that grassroots movements are: unpredictable harder to run successfully[/quote] Well, after intelligently observing Howard Dean’s grassroots campaign as you have, I can certainly understand your skepticism. However, there’s some critical differences between Sanders and Dean. There’s also a very different grassroots dynamic (offline and online) between now and well over a decade ago. Grassroots may certainly seem unpred…

Trump is selling Trump the brand. You’re overthinking his grift and sense of entitlement. 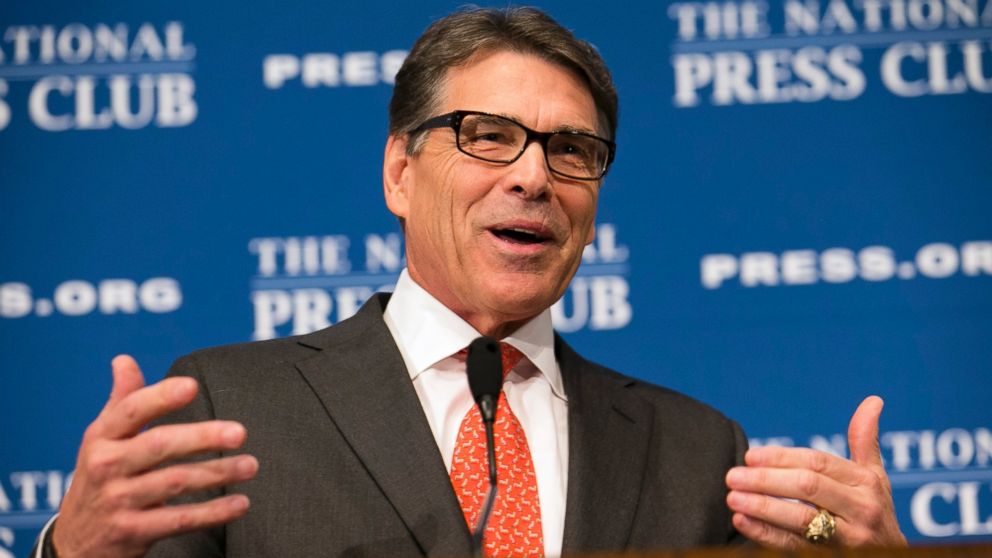 Former Texas governor calls it quits on his rough 2016 bid.

Just the thing to get your mind off website redesigns

Looks like that concussion-protection drink didn’t work after all.