They committed over 104 ISIS

Wow. Looking this up. Never heard of this.

Since George Floyd's murder, 104 drivers including 8 cops have rammed...

In a summer of marches over police misconduct, 104 incidents were recorded in which people drove vehicles into protestors. Of the drivers, 8 were at the wheel of a police car. Prosecutors determine…

I saw another article about that. I knew about one or two but had no idea how bad it was.

What are you hearing that makes you think there will be blood in the streets?

?!? There’s already blood in the streets.

OLYMPIA, Wash. (AP) — Four officers fired over 30 rounds at Portland, Oregon, fugitive Michael Reinoehl after they cornered him in his car Sept. 3 outside a Washington apartment complex where he had been hiding out, a sheriff’s official said Tuesday... 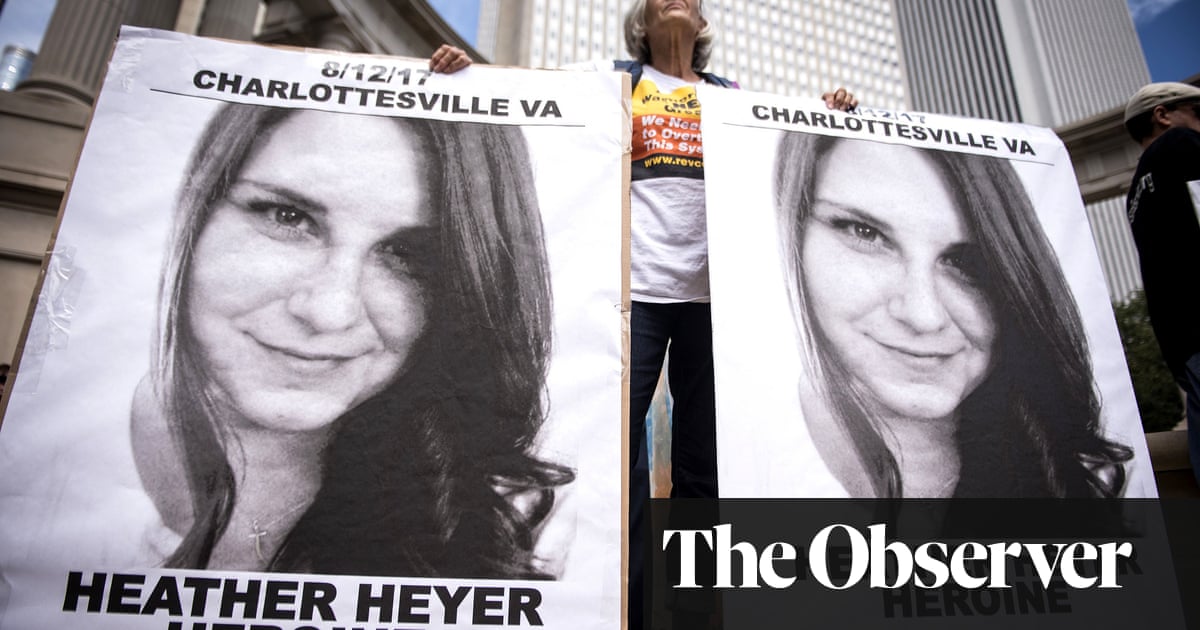 'A white girl had to die for people to pay attention': Heather Heyer's mother...

There already is violence. where have you been since the 1990s? What rock have you been living under that you’ve not heard about a single act of racial violence aimed at the non-white population of this country? Because there are many and plentiful examples of violence aimed at people who are not white, cisgended, straight men.

They ARE organized! They’ve been organized since the 80s, at least. They JUST took down the fucking Aryan Nation, literally this week! I mean… Are people REALLY so ignorant about how violent the domestic right wing terrorism has been for the last few decades?

Lone wolves, like Timothy McVeigh, the guy who committed the largest terrorist attack on American soil prior to 9/11 was considered one, but they’re not really “lone wolves” in the sense that they act purely on their own. This is not some individual committing acts of violence, not really. They’ve been primed by years of indoctrination by the far right, seeking to convince them that white men are constantly under siege from the rest of us who only want to be treated as human beings!!! Right wing groups like the Aryan nation, the hammer skins, world church of the creator, etc have been planning and advocating for these “lone wolf” attacks to save their leadership so that they continue to advocate for the murder of non-whites and others who oppose white male supremacy. This mode of terrorism was formed and cultivated by figures such as Tom Metzger, a white supremacist terrorist who died this week.

None of this is just by happenstance. None of this is unexpected, except by people who don’t believe white supremacy is a problem (which INCLUDES many people in law enforcement). It’s those people who have made us deeply unprepared for what’s happening right now, who made way for an openly fascist, white supremacist to spend 4 years in the white house. Much of the American population (or white people at least) are at least partially sympathetic, because they’ve been indoctrinated into white supremacists ideals (that a white race exists that is in competition with other races, a concept which is not even remotely true, of course, as races are a social construct, not a biological fact).

Until we TAKE THIS SHIT SERIOUSLY and face the damage these ideologies have done to our civilization, to the planet, to us as individuals, we’re going to continue down this path and destroy ourselves and this planet out of some stupid spite.

21 posts were split to a new topic: Race and Class Reductionism

The term you should familiarise yourself with is “stochastic terrorism”. This describes what happens when politicians and their supportive media/propaganda apparatuses constantly lie and BS in an effort to inflame a group well known to be prone to violence and who own a lot of weapons.*

We’re going to see a growth in right-wing stochastic terrorism over the coming years, in addition to the more organised activities of fascist thugs like the Bundy clan, the Proud Boys, Patriot Prayer, etc. Stochastic terrorism also has a way of morphing into terrorist movements like the aforementioned. The best we can hope for is that it doesn’t grow to the point that we see a Syrian-style civil war in the U.S.

It takes a master demagogue to weaponize unstable individuals and aim them at political enemies.

Trump's Assassination Dog Whistle Was Even Scarier Than You Think

Thanks for providing those useful links. Supporters and enablers of the far right like to engage in Bothsidesism about stochastic terrorism by nutpicking and citing disreputable sources (like Andy Ngo), but in the U.S. it’s a right-wing phenomenon by a large margin. Violence is at the core of any right-wing populist movement in a way it just isn’t with anti-fascist progressives.

Does the police department count?

Trump’s whistles for stochastic terrorism are like gamer swatting for the Big Brats. They do it knowing full well that there’s a chance the people they direct it at will end up dead.

Or someone will end up dead. The Pittsburgh synagogue shooter didn’t see any of those caravans Trump was warning him about, so he went after the default.

Trump will pardon them.

Not the low level losers that do street violence. But they think he will, so it amounts to the same.

The dialogue where the guy prattles on about how ridiculous everything is without acknowledging the stark reality and dangers reminds me of the monologues and bits from talk show hosts and the dogshit that SNL calls “comedy” that we’ve been subjected to for the last 4 years. I have to wonder what they’re gonna talk about now that their cash cow ratings machine is on the way out.

Traditionally, terrorism risk has been priced based exclusively on the relationship between supply and demand in the insurance market, with no basis in actuarial principles. This article discusses how the tragic events of September 11, 2001, have...

Essentially, it’s an attempt to use stochastic calculus to price terrorism risk.

I suspect that later, seemingly more precise coinages of the term “stochastic terrorism” are driven by a need to sound intelligent.

If they try to overturn the election with violence, then yes.

There already is violence. where have you been since the 1990s? What rock have you been living under that you’ve not heard about a single act of racial violence aimed at the non-white population of this country?

You seem to be arguing some point other than the one I made: 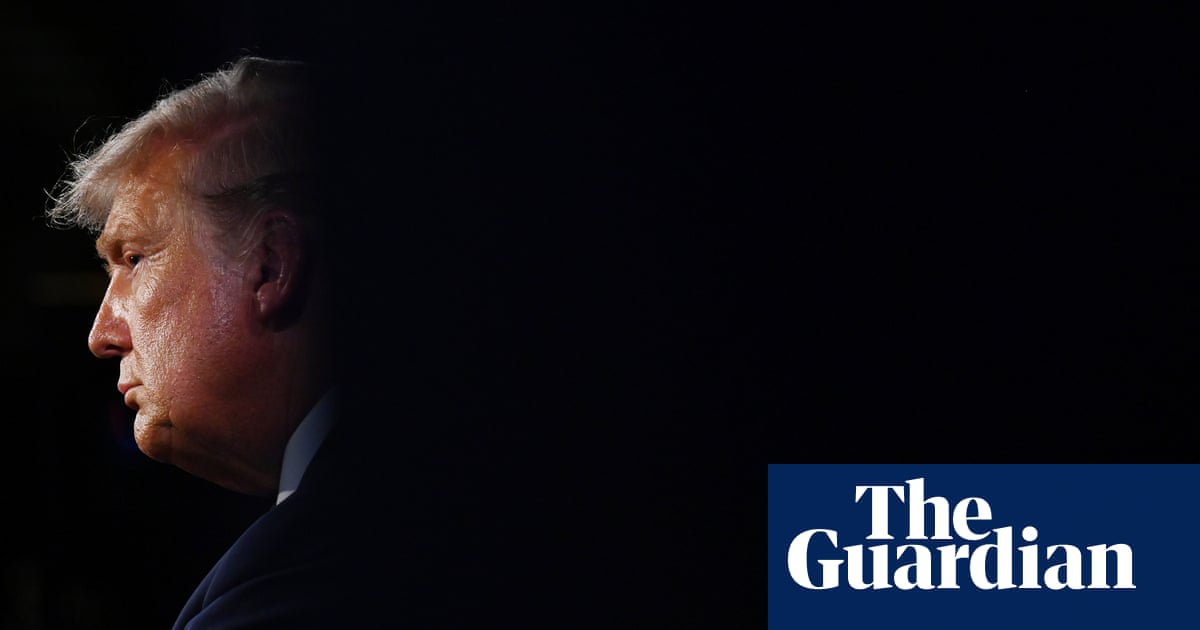 'Our worst nightmare': will militias heed Trump's call to watch the polls?

With the US dangerously divided, experts fear the president’s remarks will inspire armed factions to show up at polling places