Trump's bullying tactics are like those of an eighth-grade girl, say experts

Wonder how good he is at the sissyfight game. 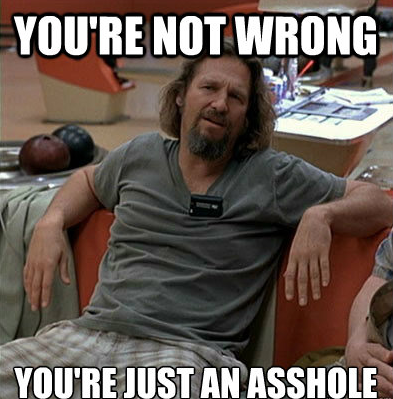 Seems like good time management. Do you want to deal with Bobby Jindal?

Rick Perry (“should be forced to take an IQ test”)

We needed an expert to point this out?

I’m surprised Trump criticized The Weekly Standard for a couple of reasons. The first is the magazine has a history of publishing misogynistic tripe. The second is…how many people even bother to read it?

What a way to insult eighth-grade girls. The guy is a bully, yes, but this is the equivalent of calling him a “sissy”, “girly-girl”, etc. Besides, I’ve heard that author speak in a small group setting at a school about her book, and let me tell you, she doesn’t really know what she’s talking about when she’s actually talking about eighth-grade girls, either. It was obvious she hadn’t ventured outside of the well-to-do white suburban life to see what any other demographic might be like. Our entire group of parents were all openly rolling our eyes at her, which was pretty funny at the time.

Yeah, but a popular eight-grade girl…probably one he is dating right now.

Scott Adams, in the meantime, is rigorously insisting that these tactics are a show of brilliance that will surely earn Trump the presidency. I stopped reading his posts on the subject; they were getting quite repetitive.

‘Dilbert’ Creator on How Trump Is Like The Founding Fathers & Jesus

Scott Adams, the mind behind comic strip Dilbert, says Donald Trump is going to win the White House in a mega-landslide.

Thank you for confirming what I thought I saw during the last visit to his site. I was tired and short of time, so I glanced at the article and moved on, thinking it was parody or ridicule of some sort. That’s sad. Trump spouts nothing more than jingoistic nationalism horseshit and it’s too bad Adams can’t see that.

Scott Adams also wrote a book “God’s Debris” that sincerely explained that the universe was caused by God committing suicide in an explosion that was the Big Bang. Not the sharpest tool in the shed.

Scott Adams, in the meantime, is rigorously insisting that these tactics are a show of brilliance that will surely earn Trump the presidency. I stopped reading his posts on the subject; they were getting quite repetitive.

I don’t know if it’s related or not, but I’ve really noticed him going off the rails since he became separated. Between the Trump stuff, hypnotism, the amateur psychology, and the religious/non-religious weirdness, I’m really starting to dislike him. If I knew him personally, I think I’d be concerned. I hope he works out his issues.

Yeah, I was kind of feeling way too. True, Trump is acting like an immature, bullying ‘person’. But this write up seemed too stereotyping and derogatory to 8th grade girls.

It’s a renewable resource. Seriously, we ought to figure out a way to harness it and use it for power. Maybe some kind painful muzzle we can strap Trump into?

It’s a renewable resource. Seriously, we ought to figure out a way to harness it and use it for power. Maybe some kind painful muzzle we can strap Trump into?

I think we should start with putting a hot air turbogenerator on the White House and the Capitol before we start advanced research on individual-based generation. These are guaranteed to work for decades.

There’s gotta be a strong temperature gradient between Fox News’s studio and the surrounding environment as well, although I think they’d be ideologically opposed to harvesting their waste heat, since it’d be an ecologically friendly thing to do and they’re quite against even acknowledging that the environment exists.

I must be the only one who sees that Trump thrives out of being a troll. Stop feeding the troll. That includes you, Boingboing.