Now you’re trying to rig the election, and others can’t see it. Sad!

No shit. I said before he got the nomination he was unelectable. though I am only slightly surprised it is as close as it is.

I only stayed sane the score of years I lived there due to my closeness to Austin.

Venturing out into the wilds of Small Town Texas was enough to make you run home.

The best part of the Lone Star state going blue would be that when some Texans again bring up the idea of secession–and they will–I’d just laugh even harder.

When I first read the headline, I thought this was going to be about a conspiracy theory that republicans were floating that Hillary was going to somehow “take” Texas in some larger, nefarious sense. Like abscond with it, or declare martial law, or just declare it under the direct control of the federal government. It says much about 2016 that my brain didn’t even think it was that weird to think that…

Didn’t Jade Helm already do that? Not having been west of the Mississippi in a while I surely can’t confirm the feds didn’t. 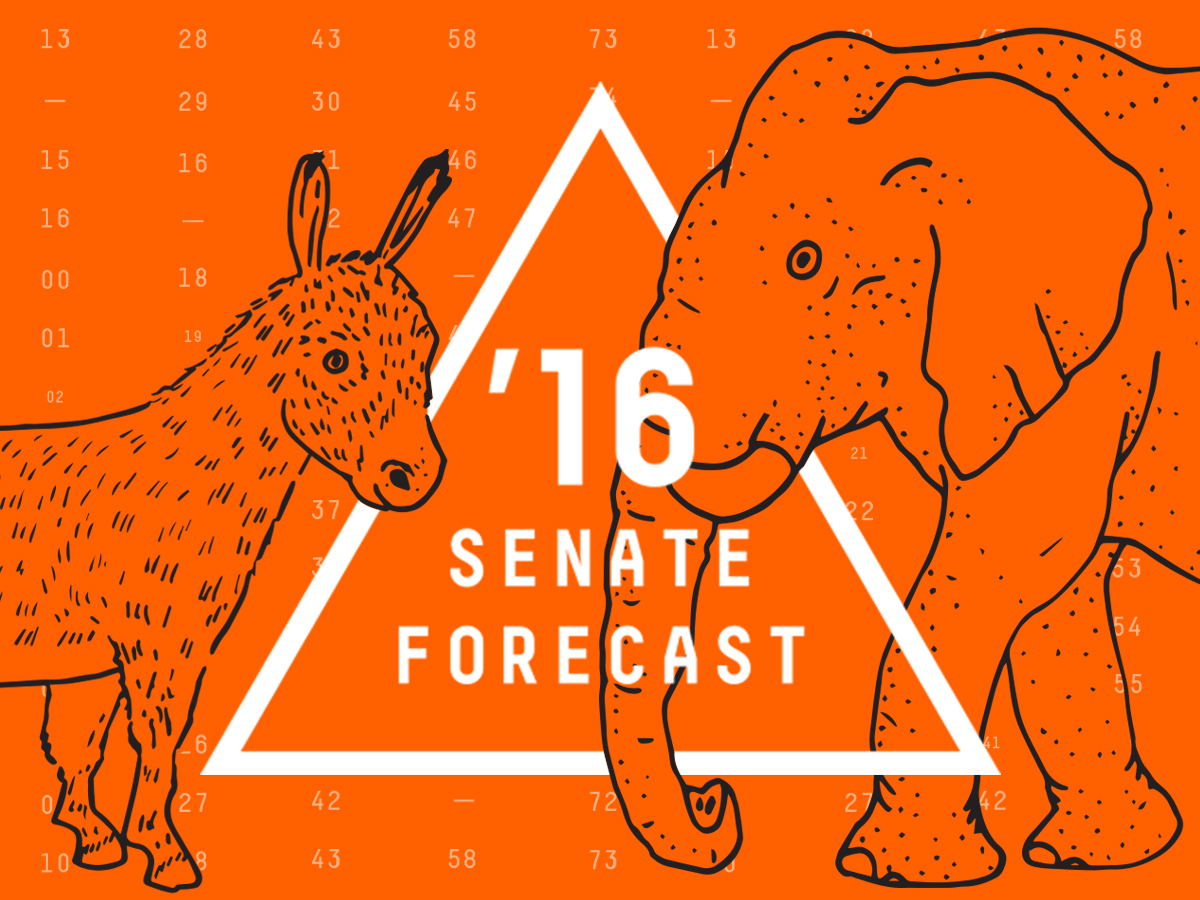 Nate Silver's predictions and polling data for the 2016 Senate elections

Texas is unlikely. Texas would be pretty much the definition of landslide, but it ain’t blue yet. I think it’s going to take another decade or so of Latino population growth, but it’s inevitable.

If Trump is going to pursue the “rigged election” thing as an excuse for losing to Hillary, he’ll have to come up with some ways the polls were also rigged.

And 100% of the US losing no matter who is elected.

That’s right! Because Crooked Hillary something something email! Fight back! Boycott the election! I’m sure that will teach someone a lesson.

Texas would be pretty much the definition of landslide, but it ain’t blue yet. I think it’s going to take another decade or so of Latino population growth, but it’s inevitable.

Which is why the less-self-destructive wing of the Republican Party has been trying to make inroads with the Latino population for years. There were even a couple guys vying for the nomination who had Latino family members and spoke fluent Spanish! Of course Trump’s platform pretty much salted the earth on that front for the next generation or so.

If Trump is going to pursue the “rigged election” thing as an excuse for losing to Hillary, he’ll have to come up with some ways the polls were also rigged.

That would be the “media,” reporting the same false numbers that the rigged polls will soon legitimize.

According to Fox news, four million dead are expected to rise and vote Clinton, or something. It all seems a bit apocalyptic, but better safe than sorry.

I, for one, welcome our moderate centrist zombie overlords.

Is there any doubt that he’ll try? This is the guy who claims after every debate that all the polls show he won. Which would be merely ridiculous except for the fact that at least 25% of the electorate, despite all evidence to the contrary being readily available, accept his claims.

When this thin-skinned sore loser throws his hissyfit on 9 November his supporters aren’t going to behave any differently. Clinton winning will still leave us with a quarter of the electorate angrily calling democratic institutions into question – a result that will only make the Putins and Thiels and the members of the alt-right smile.