Trump literally just used his racist birtherism theory as promotion for the opening of his new hotel.

–I see what you did there…

Fallon is a shill.

Fallon is a talk show host in the grand tradition of cheesy glad-handing back-patting hosts, such as Jay Leno and Pat Sajack. He giggles and plays games and makes monsters look charming, which is why it was brilliant to put Trump on there. Dave Letterman would have called his BS. I miss Dave.

But it’s not the same problem as heading off to the races with false balance, equivocation and applying the AP style guide to Nazi memes.

Trump is a con man playing the media. He uses crafted language, whisper campaigns, and other con artist tricks.

Yep. On last night’s show, Jimmy Fallon:
• Mussed Trump’s hair and giggled along with Donald
• Showed pictures of a young, handsome Trump to “awwwws” from the crowd
• Nodded and smiled as Trump bragged about his appearance on Dr. Oz
• Referred to Trump and Putin’s relationship as a “bromance”
• Said that Trump’s campaign has been “exciting and amazing to follow”.

Eeew. I just thew up in my mouth.

Use “that man” and related derivatives. Worked for Churchill, who was always careful to mispronounce the Nazis as Nahrzees. Blatant disregard for fact combined with naked scorn can also be used by the good guys too.

Eeew. I just thew up in my mouth.

I know the feeling. I wish I hadn’t run out of Tums.

I feel like I just watched the 2016 equivalent of Bill Clinton playing the sax. In eight years we’ll look back at photos of Fallon playing with Trump’s hair and say “well, that’s when it was a done deal.”

Why do you think Beschizza starts every article about Trump by calling him a millionaire? That’s the Boing Bonig version of that man.

Maybe a sarcastic tag is in order to keep him in the fold. #BirtherPride

Well, I keep telling other people that, and most of them seem to agree, so I guess I’ll carry on!

I know the feeling. I wish I hadn’t run out of Tums.

Conan would have had a reasonable interview, then he would have brought out Triumph the Insult Comic Dog for a rebuttal.

Jason Miller? Any relation to John?

Fallon is a talk show host in the grand tradition of cheesy glad-handing back-patting hosts, such as Jay Leno and Pat Sajack. He giggles and plays games and makes monsters look charming,

I don’t watch Jimmy Fallon, but you know what? It’s not his job. I love Jon Stewart to death but I think he inadvertently started this stupid idea that comedians and literal clowns (people who make you laugh for money) somehow serve a journalistic role. Even Stewart thought this was stupid.

I prefer to land some square blame on journalists and news organizations not doing their damn job.

Ok, it might not be the same problem, but it leads to the same outcome.

I understand though. It’s easy to write about Trump. Boing Boing can make some money and it gives the chorus here a chance to elevate ourselves solely with the power of smug. I’m guilty too but now I’m trying to avoid the easy Trump hits because the hangover ain’t going to be worth it.

The media is going to cover Trump no matter what we do. That makes calling out his lies and hatred MORE important, not less.

Dave did call him on his BS.

Selling politicians is just another day’s work for him. 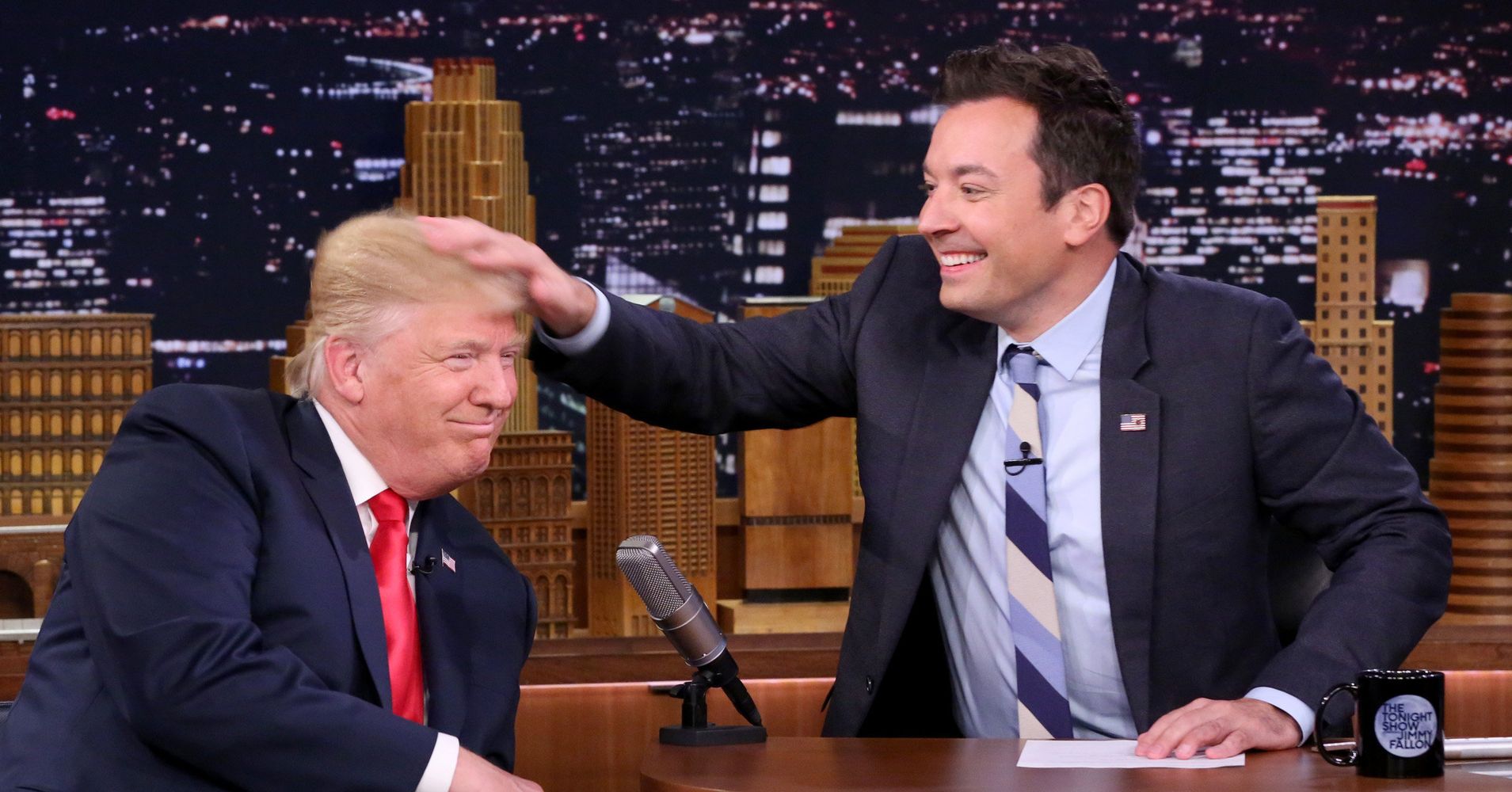 People Are Justifiably Infuriated With How Jimmy Fallon Handled Trump

Here’s the deal though: We’re so used to comedians like Stewart, Bee, Oliver doing the press’ job of calling people on it that we get angry when one of them doesn’t. But Fallon is a goddamned entertainer. It should be people like, say, Matt Lauer calling them out in the news.