To put these prices into some sort of perspective. The national minimum wage (£6.70p/h) and the max working week (48hours) comes out at ~£1286 per month assuming my maths are correct.

Looks like it’s time to invest in Hatton Cross realty - thanks for the scoop Boing Boing. 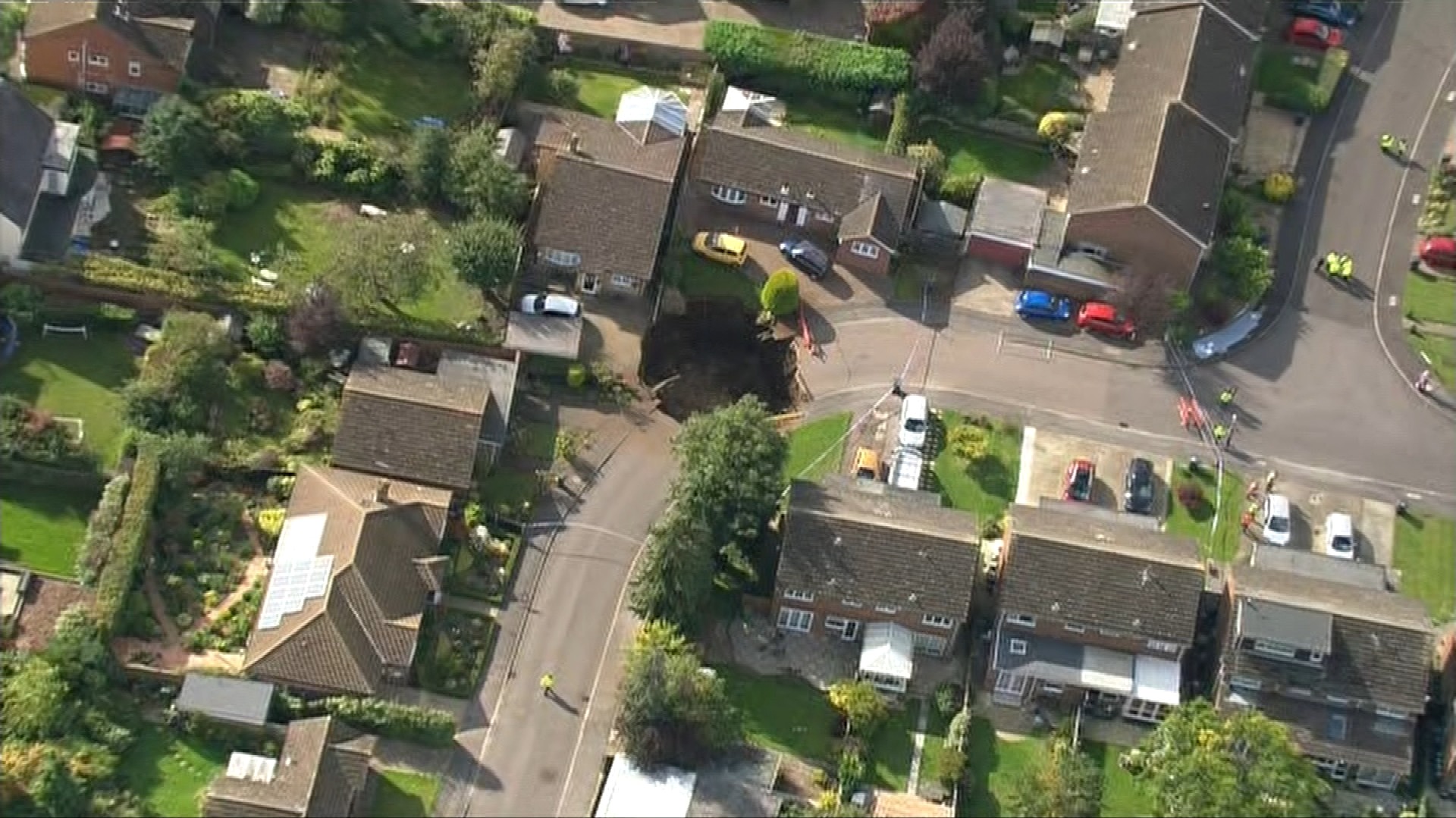 In pictures: Massive sinkhole opens up in Hertfordshire street

A massive sinkhole has opened up on a residential street in Hertfordshire, forcing people to evacuate the area. The hole is 66ft wide and 33ft deep. It spreads across the driveway and front garden of a house on Fontmell Close, St Albans.

Of course, it could make it fun if it ever happens within city limits. Sort of like property value anti-bingo.

Is it my imagination, or are sinkholes cropping up a lot more regularly these days? Maybe it’s just that the internet makes it easier to find out about.

Landlords are wonderful people, motivated by a deep need to provide comfortable, reasonably priced housing to their tenants…

The country’s biggest buy to let landlord is to raise rents by up to 33 per cent, and puts the blame firmly on Chancellor George Osborne. Fergus...

I’d say “you’re welcome,” but since Hatton Cross is basically at the end of the runways at Heathrow, I’m pretty sure you wouldn’t be able to hear me.

Rent caps can actually make the situation worse. See this piece from the Guardian about the dire situation in Stockholm. What we need is better transport links so businesses etc can relocate out of London and more house building all over the country…

Here is the map for Hatton Cross - half a runway, a car park, lots of warehouses, some paddocks with horses, plus a very few houses.

Yeah, but on the other hand: close to multiple forms of public transportation!

I’m actually surprised that the rents are as low as they are listed (although I don’t know what you’d actually get at these prices). I always imagined London to be more in the NYC/San Francisco astronomical rent category, but these seem to be in line with other major cities like Washington DC – expensive, and yes, unaffordable to the working class, but not yet the sole playground of the rich territory.

We’ve got a Conservative government for the next five years, so we won’t get anything that is accessible to the working classes.

Are there any other suggestions before we go with building a guillotine on the fourth plinth at Trafalgar square?

At most, a living room, kitchen, bathroom and one bedroom. Probably not a lot of space.

I mean, are they sketchy, bug-filled apartments with obsolete appliances? My $1600/month one bedroom apartment in DC (well, actually a close suburb, but still walkable to a Metro station) is small as well, but quite nice.

I couldn’t tell you about London, but I am living in a place in Oxford (equivalent to London rent and Northern English wages) that has three windows that won’t open and dodgy plumbing, I have been waiting for a while for the landlord to pay for the repairs. You don’t get bug filled houses for rent in the UK, at least not for long (The local councils really don’t like that sort of thing).

As far as size is concerned, the (mean) average one bedroom flat in the UK is 46 square metres. The little research I have done suggests that is tiny by US standards.