My personal favorite is proclaiming that the raccoon that skittered across the hall in front of the “special” (bog standard night-vision) camera is a ghost. Um, I can it’s eyeballs, they’re retinas are reflective just like most nocturnal critters.

Also, why do they always need to use the night-vision camera? The folks who are making claims of living in haunted places don’t have them; they say they saw things in normal light.

As a life long admirer of all things paranormal, it’s funny to hear a host from “Ghost Hunters” publicly say that he doesn’t take kindly to TV fakery of evidence suggesting ghostly activity. It’s all fake. There has never been any sort of solid evidence of hauntings. The only evidence is personal evidence. “I felt cold” or “I feel a prescence” or “I saw [with my human eyes] an apparition”, etc.

Places aren’t haunted… PEOPLE are. The mind is a very powerful thing, and given the right circumstances, you can experience many things that simply don’t exist.

Again, I would LOVE to see a ghost. I’ve been to many purported haunted places and have been in many old and dank basements. Places where very bad things have happened. There’s just no scientific, reliably recordable evidence.

I truly love the concept of supernatural phenomena and I’m all for it being real. I champion for the day that ghosts can be proven/documented. I’ve met MANY “ghosthunters/paranormal researchers” throughout the years and there’s one thing I’ve always said. If a “ghosthunter” has a business card or t-shirt with their company logo on it and it’s in some sort of SpOoPy font, they’ve already shown a bias toward the theatrical side of ghosts. Meaning, if you show up at a location expecting it to be haunted, every little floor creak or goosebump is going to build a case in your mind. And lets not even talk about “orbs”. As soon as someone shows me a photo or video of an orb and says it’s a ghost, I immediately realize that this person does not know how cameras work.

Wow, sorry for the rant. I’m really passionate for trying to scientifically research things that go bump in the night.

My SO loves watching these shows. I feel the same way about them as I do about watching most TikTok videos or the Kardashians or anyone else who wants attention that they don’t deserve.

I’d rather read a well written fictional story than watch Kesha wander around in the dark ad-libbing speculation about the stories of the unknowable number of people who have previously been present in a building.

I heard a story about one of the developers working microwave radar in the UK. They were working at night, and suddenly had a powerful sensation that they were being watched from behind. This feeling disappeared when they switched their apparatus off. It came back when they switched it back on again, but weaker. They could not repeat it after a few times, and they could not repeat it with a fresh subject.

They had no idea whether the effect was real, and neither do I. But this sounds right for a scientific mind reporting an eerie experience.

Isn’t always the property owner in a rubber mask?

Because it makes it harder to see specifics and thus dispute.

I love when they have to spend the night outdoors. It becomes very obvious very quickly which ones haver spent a night outdoors in their life. They have this great concept that any noise they can’t immediately identify must be supernatural. If they ever actually heard coyotes cackling together at night instead of howling (one of my favorite camping sounds), they’d never go outside after dark again. I label the entire genre of cryptid shows as “What was that?”

I smell what you’re cooking. Even if there was video evidence, there’s no way to confirm if it’s real, but we can probably assume it’s faked or misidentified. That said, I’ve had stuff slide across my kitchen counters. I’ve had a box of books scoot across the floor 3 feet and under my night table. We’ve had stuff go flying off our shelves and books shoved around. There were several nights in a row that we had stuff getting shoved off our nightstands and bedroom tables -like an invisible cat. But, I don’t bother trying to record it because it happens so fast, it’s extremely rare, and let’s be honest: no one would believe me anyway. I’ll probably poo-pooed just for mentioning this.

Despite my own personal experiences, these ghost hunters jump too quickly to SPOOKY GHOST for me to take very seriously.

There apparently was a series called ‘Paranormal Home Inspectors’ where a home inspector and a ‘spiritual healer’ competed to explain ghostly experiences. It was compellingly dreadful according to Jenny Nicholson’s review.

My favourite debunking video is this one presented by Danny Robins: 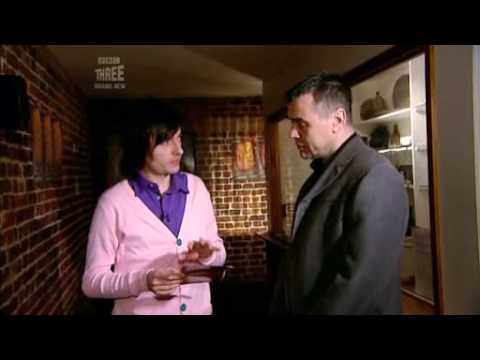 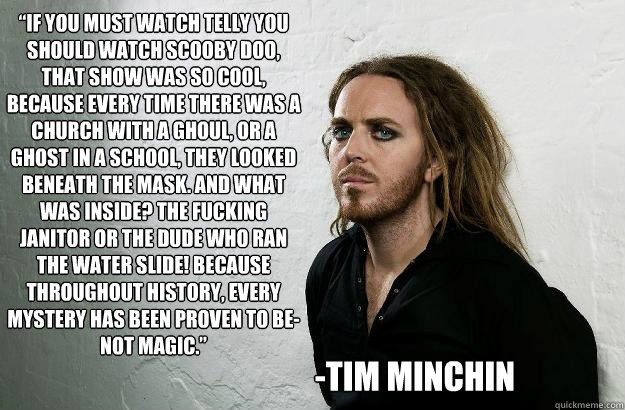 Sounds a little like those cases of uncanny experiences that may be linked to infrasound caused by industrial fans and other machinery rattling at low frequencies.

It should be reasonably simple to run up some experiments to test this hypothesis. Do you have a white coat, secret castle, hunchback servant and a Jacob’s Ladder to hand?

I gave up with ‘Uncanny’ because it always came down on the side of there being something spooky about the story despite no actual evidence being presented.

For instance the story about the haunted student accommodation in Belfast with something that knocked on the door harder and harder until the door was shaking? Terrifying - it’s also the climax of the 1960s ghost story ‘The Haunting’.

Are you familiar with this?

The God helmet is an experimental apparatus originally called the Koren helmet (or Koren octopus) after its inventor Stanley Koren. It was developed by Koren and neuroscientist Michael Persinger to study creativity, religious experience and the effects of subtle stimulation of the temporal lobes. Reports by participants of a "sensed presence" while wearing the God helmet brought public attention and resulted in several TV documentaries. The device has been used in Persinger's research in th Persi...

I’ve always wondered why does a haunting need a house? If all it takes to produce a ghost is an unwelcome death, most countries would have more ghosts per square foot than they do people.

All these hauntings are just temporally displaced time travellers. 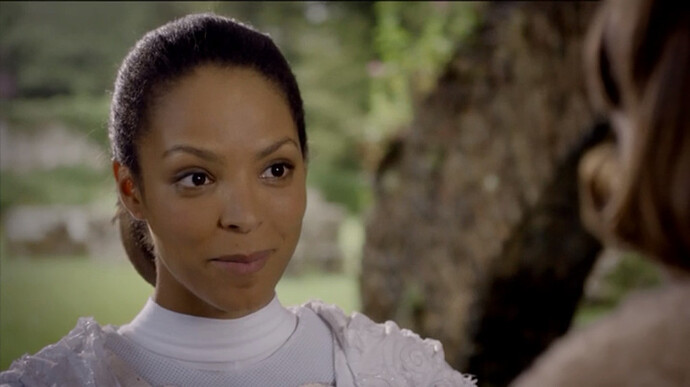 Hila Tacorien, the individual who manifested as the Caliburn Ghast or the Witch of the Well, was a human time traveller and, reportedly, the great-great-great-great-great-granddaughter of Emma Grayling and Alec Palmer. At one point, she accidentally...

Ooo! No, I have never heard of this. It might be a spin-off from my original tale. As usual, the results are tantalising but never consistent enough to get anywhere. But science is patient: if there is anything real there, we will get it eventually.