Twitter API dies in the night, cutting off third-party apps

wonder whether Elon’s had another brilliant idea or simply fired everyone who might fix it.

It might be the latter, followed by the former. The “I meant to do that” approach to pratfall management seems to have a certain appeal for Musk. His remaining fanbois can always be counted on to accept that explanation for his actions.

Reportedly, some apps that use the API still work, while others – including Tweetbot and Twitterific – can no longer connect.

This is consistent with Twitter disabling the keys used by those specific apps, rather than with the API as a whole being down.

Twitter has never really liked 3rd-party apps, in large part because they allow users to see Twitter without ads, “suggestions”, and all the other dross that makes using Twitter via the official website such a loathsome experience. While original Twitter tolerated the use of the apps, it was obviously only a matter of time before Musk said “They’re stealing my money!” and pulled the plug.

In what we now recognize as characteristically Muskian fashion, they seemingly did it with no warning or communication of any kind. This strikes me as dumb dumb dumb. A much better approach would have been to say “You can use whatever app you want – but you have to pay an annual fee per account.” Or they could have made posting using a 3rd-party app a perk of Twitter Blue Plus Prime or whatever. Implementing this would have been pretty simple, many of the “power users” who use third-party apps would probably have been ready to pay the fee, and it would have given Twitter a solid revenue stream that didn’t depend on advertising.

But apparently that didn’t occur to Mr. Business Genius, and he just decided to flip the switch and drive a few thousand more of Twitter’s most engaged users off to Mastodon and other platforms.

It does seem to be selective. 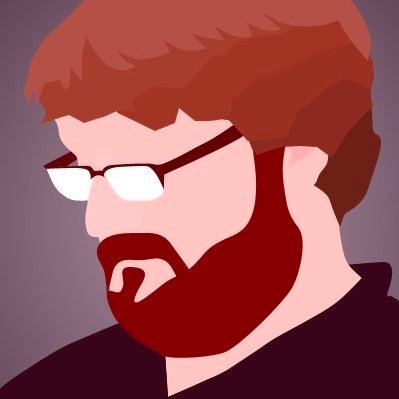 @tcarmody
Third party apps that aren’t full clients but access Twitter or use it for login are working fine. Tweetdelete, Unfollowspy, IFTTT, and Feedland = no problems.

Tweetdeck is a full client that uses the API, but it’s now owned by Twitter.

At this point, insisting on staying with Twitter, unless you’re a Nazi or MAGA hat douchebag (but I repeat myself) is another form on battered wife syndrome, IMO.

The problem is that a lot of legitimate communities that support marginalised people (probably including abused spouses) made the understandable error of using Twitter as a platform to reach a wide audience years ago. Disengaging and migrating after all that time isn’t a trivial endeavour, even when it’s become obvious that Twitter is going to either shut down or become the fascist cesspool you describe.

Mastodon is a great alternative platform but it does require a learning curve for non-techies and perhaps an investment (financial and otherwise) in setting up a dedicated instance. It’s going to take time for people to move and it will happen in fits and starts.

One good sign is that mainstream media outlets are beginning to experiment with setting up their own Mastodon servers. I’ve been saying for a while now that trusted brands doing this will likely be the catalyst for more users switching over. 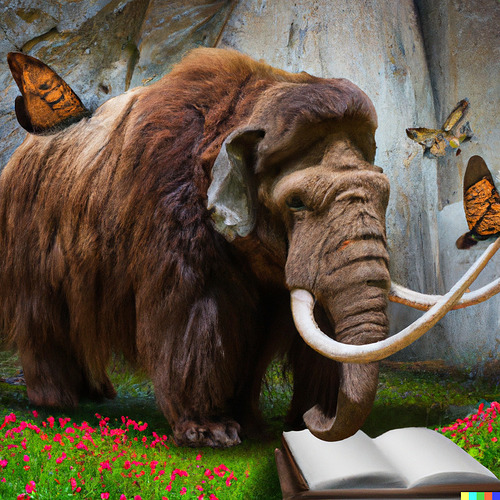 My younger brother is a heavy Twitter user and uses it to keep in touch with specific friends, artists and other communities. He already has a Mastodon account but reestablishing the same kind of experience he had on Twitter would be immensely difficult so he’s largely stuck with it. Thankfully i never really invested much time and effort into Twitter so while i haven’t deleted my account i also haven’t used it in the last month or two.

Musk has also banned people from Tweeting their new Mastodon and other alternative accounts so that people can find each-other again elsewhere. Whatever happened in the case of the API keys, it’s no secret that he wants to make Twitter a walled garden “everything app” (in reality, a roach motel).

After seeing DT’s tax returns, I believe Musk is setting himself up for a big loss to offset some huge gain and pay no taxes.

Echofon pro is out, which I guess means I’m out too. They broke threading, videos, and push mentions some months ago but if they’ve completely revoked my preferred interface then I guess I’ve got really no reason to put up with this.

But is it though?

My current Friendica experience is far less than what my Twitter one was, but Twitter was the result of years of tuning. I didn’t follow that many people, but they were carefully chosen because they followed/retweeted a lot of people/things I wanted to hear about. My personal editorial staff, as it were.

Replacing that will take some time, a pain, but it took time in the first place. (It might have gone faster if I’d waited for my Twitter dump.)

I believe Musk is setting himself up for a big loss to offset some huge gain and pay no taxes.

That’s giving him far, far too much credit. There is no scenario in which Elon Musk was ever going to have to pay anywhere near $200 billion in taxes, so the “trashing the value of assets on purpose so he can pay less in taxes” theory makes no sense.

Elon Musk’s unhinged behavior and terrible management aren’t part of some long-term Machiavellian scheme. He really is just as incompetent as he appears to be.

His remaining fanbois can always be counted on to accept that explanation for his actions.

We don’t need no steeenking explanations!

Elon Musk’s unhinged behavior and terrible management aren’t part of some long-term Machiavellian scheme. He really is just as incompetent as he appears to be.

Consider it Hanlon’s Second Razor: “Never attribute to genius what can be adequately explained by stupidity”.

I get that it’s going to be difficult for Twitter users to migrate. But imagine how much more difficult it will be if/when Twitter becomes the new Truth Social or goes completely belly-up. Personally, I didn’t find Masto all that hard to use, though admittedly, I was never on Twitter so I’m not so much a viable test case. I am however a 70YO not-so-tech-savvy old git and I’m figuring it out.

One of the best lines from Glass Onion: 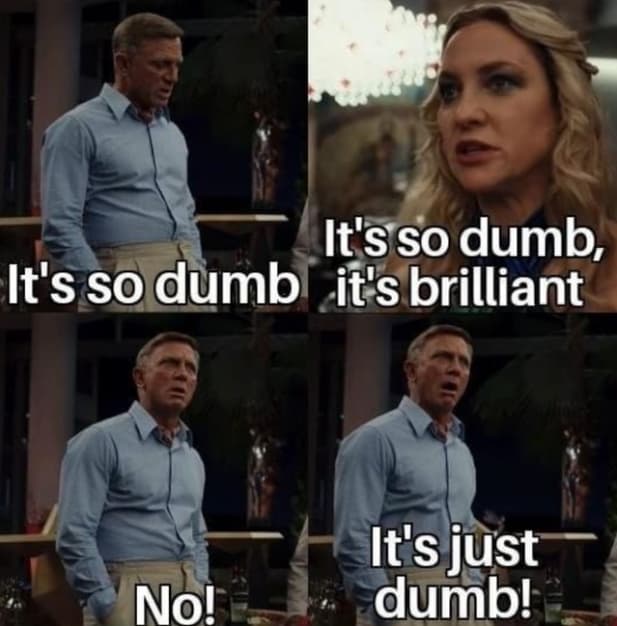 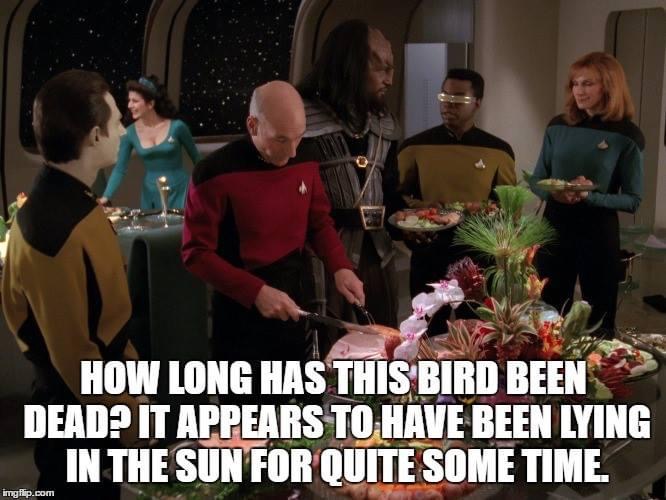 Good! Now kill the rest of it!

Again, it’s not so much about individual users moving as it is about communities and support systems on the platform moving and re-constructing elsewhere.

What would be helpful is giving individuals and communities the support and resources they need to move to less toxic spaces like the Fediverse. I keep an eye on these things, and at the moment I’m meeting techies, let alone normies, who are as yet still unaware that Mastodon exists when I ask them about it. Fediverse platforms will eventually catch on, but we’re a while away from that.