oh god i love that there is a gator. The tears, the tears.

See? I TOLD you #Gamergate was going to be responsible for big changes in the online world!

Twitter also will add a Blocked Accounts view on its account page,
which should make it easier to remove people one has accidentally
blocked or to review a block list if you’re lucky enough to have only a
few entries.

Hopefully they will also do the same for accounts you have muted.

You mention the Block/Unblock…Twitter really needs to add more sophisticated tools that capture that sort of procedure. For example, there are times when someone I normally follow and want to keep following will suddenly decided to post hundreds of tweets over the course of a few hours (maybe they’re at a conference or playing some stupid movie hashtag meme). I’d love a “Mute for X days option” .

As for the shared block lists, they don’t seem to scale very well. The criteria you mention “follows a couple of people who other people think are harassers” has way too high a false positive rate (and sure someone could go appeal their presence on such a list but a) they’d have to know that’s why they were blocked, and b) as these lists start to proliferate the cost of appealing for the falsely flagged will get too high to bother).

And we’ve already seen block lists that themselves are simply trolling attempts. If the trolls were smart they’d create a large number of block lists to sow confusion as to which are genuine and which are just a more meta form of trolling.

Presumably in a couple years overlapping block lists will result in a largely silent Twitter (not sure whether that would be a good or bad thing at this point).

I got my new TWITTER® block upgrade service pack 2 today. Checking out my block tab.

Prior to GERMERGOAT, I didn’t block anyone.

Since it started:
155 blocks.
140 look to be related to ~ethics~
rest seem to be people being terrible about ferguson/NYC

Where is this tab? Screenshot? I guess I don’t have it yet.

It was definitely a huge hole that you couldn’t even tell who you have blocked anywhere, and therefore had no rational way to unblock…

I noticed that #garnergate is now a thing.

Temporary mute is probably the #1 most needed feature on Twitter and has been for a long time. Twitter is so, so bad at product. 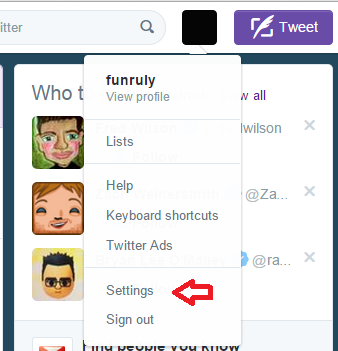 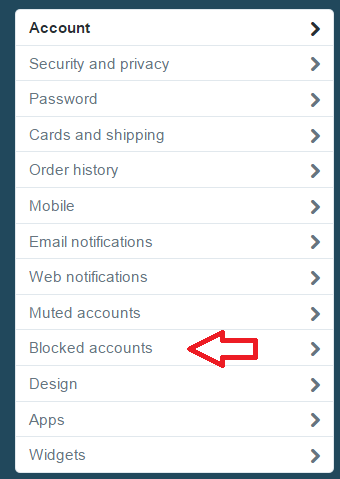 Thanks. Ah weird I only have muted and not blocked there. Guess it hasn’t rolled out to me yet.

Oddly the muted panel has two users on it: one user I’ve muted and … some random twitter account for a bar that I have neither muted nor ever seen before in my life. Muting/unmuting it does nothing.

(oh wait there’s “accounts I follow” and “all” at the top, apparently I accidentally followed this account. But I don’t recall muting it, nor did it show up as muted…)

At least they have Turn off RT. I use that on lots and lots of people.

Guess it hasn’t rolled out to me yet.

serious question, since I’ve seen you make that comment a few times: is that a function of twitter’s execution or their scale? wouldn’t the pace of iteration necessarily slow as the user-base and number of interfaces and APIs climb?

They’ve always been bad at product. Early on it was a strength, 140 chars, keep it simple, yadda yadda.

But now it’s a liability.

I dunno, Facebook, as much as I believe they are proto-evil, is far better at executing and evolving the product over time.

Twitter just has a history of barely iterating on their product, and for better or worse, that’s part of their corporate DNA at this point.

I mean, shit, look at Twitter lists. Who even uses this “feature”? I heard it’s only in there because the other Twitter founder wanted it (Ev? Biz?), and now the feature just slowly withers away in neglect rather than having the guts to pull it due to disuse.

Twitter just has a history of barely iterating on their product