If the flames don’t work, try a chainsaw… screw it, just start right in with a blazing chainsaw! Better safe than sorry. 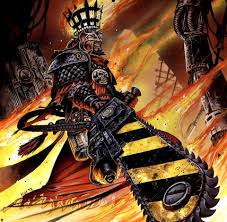 EPIC SCOOP Inside Facebook (46m) The undercover investigation exposing how Facebook decides what you see. An undercover reporter, training as a content moderator, is taken through the rules behind the social networking site, secretly filming the process. (This is a story published by Four Corners, so you’ll need to be in Australia or use a VPN. If you’re trying to view it on mobile, you’ll need to switch to desktop mode.) 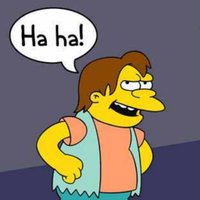 Flaming chainsaw? Getting better, but not quite there.

I thought the difference was that a battle rifle is a select-fire weapon firing a full-size rifle cartridge (e.g. M-14 or FN-FAL) while an assault rifle fires an intermediate cartridge (AK-47 or M-16).

Neither is easily available to civilians in the US. Semi-automatic versions of both are.

The weird thing is, while Jones has a big audience, they’re not that big. It’s not like dumping him is going to have a big impact on Twitter’s bottom line.

I think they’re worried that if they are seen to follow their own ToS and (even temporarily) ban a prominent promulgator of hate, lies and conspiracy shit, people will start expecting, even demanding they do it again. And that means they might lose the whole right-wing crank audience, from the GamerGate assholes and petty alt-right peddlers of hate, to major conspiracy-mongers, to the Orange Occupant of Oval Office himself!

9 characters worth of sad.

I didn’t know how far to push the geekery