Will this label apply to the @realdonaldtrump Russian psyops account?

Will this label apply to the @realdonaldtrump Russian psyops account?

I at least expected the shoop. @beschizza, can you show us how the account should look?

Did Russia toss a fit when Youtube did it?

I appreciate that Youtube does it with state-sponsored news services. I still watch them, but I am aware. The only reason I can see for being upset with this is if you are running disinformation. The guilty dog barks.

Well there is a certain hypocrisy in not labelling US government accounts the same way. I welcome the move but it should be implemented for all countries.

That’s the beauty of the United States though: plausible deniability. All the major news networks are more than happy to toe the line (see: the iraq war, much of the protest coverage until cops started shooting journalists and even quite a bit after, etc.) despite nominally not being controlled by the state.

“They think they can set the rules of the game! This is an illusion. Such clear double standards backfire and undermine credibility of Western media, with ‘state-affiliate’ labels or without. People can’t find truth and facts there anymore.”

Of fucking course they can set the rules. It’s their company, you nanowit.

Truth and facts have been diluted by BS non-content on twitter and faceschnook for ages - how many years has this большой придурок been living under its rock?

It seems to me that in the US, the ones that finance the media and propaganda networks are mostly private citizens, who also have ties with and can apply some pressure on their own government, but there is no clear hierarchy to show that one controls the other who controls the third, it is more fuzzy, but the effects are also similar.
This also happens in my country for domestic news to influence local politics, and I’m sure it probably also happens similarly in Russia and China.

On the other hand, it requires some centralization to do to this kind of propaganda outside one’s country, and probably the payback is much smaller, so this role is left to the government.
I’m not sure if this new policies of youtube and twitter will be enough to modify the way those propaganda networks are organized, but i guess they will probably shift to a configuration closer to the one in the US, with less clear boundaries and hierarchy, to get over this new imposed disadvantage.

And, we cannot forget that the US government also relies on those private networks to sponsor foreign actors that are more aligned to the US politics and also to shape the way they act to benefit the US, like what the CIA did in the 60s (and maybe the 70s), that can be seen on unclassified documents.
And, if they did it before and we can only know because of some documents that were declassified because they are too old, there is no guarantee that they stopped doing it.

They think they can set the rules of the game! This is an illusion. Such clear double standards backfire and undermine credibility of Western media, with ‘state-affiliate’ labels or without. People can’t find truth and facts there anymore.

This guy sounds like a graduate of the Boris Badinov School of Media Relations.

Voice of America (VOA) is a U.S. multimedia agency which serves as the United States government institution for non-military, external broadcasting. It is the largest U.S. international broadcaster. VOA produces digital, TV, and radio content in 47 languages which it distributes to affiliate stations around the globe. It is primarily viewed by foreign audiences, so VOA programming has an influence on public opinion abroad regarding the United States and its people. VOA was established in 1942,...

I at least expected the shoop. @beschizza, can you show us how the account should look? 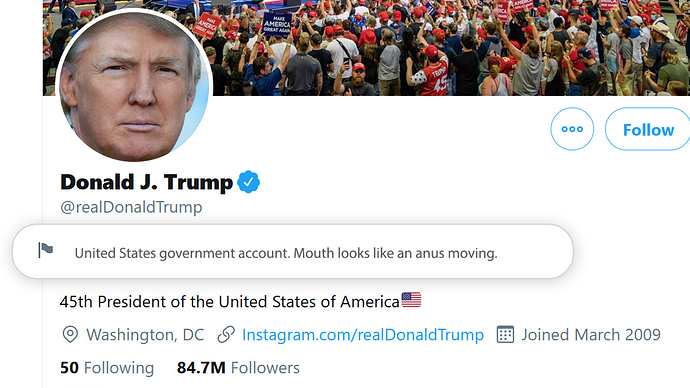 I thank you. Sort of. 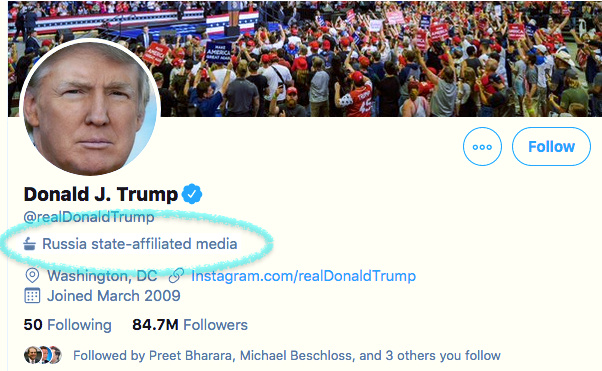